How Many Team Members Would You Need to Run a 150-mile Relay?

According to the team behind the Great Allegheny Passage Trail Relay, at least four. 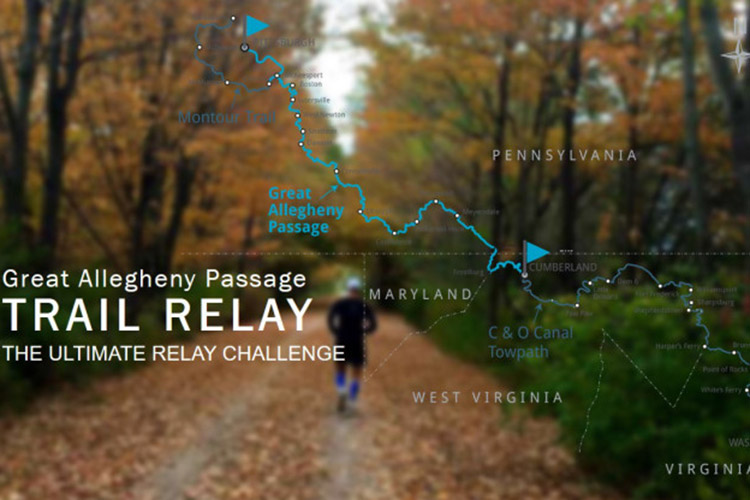 Since reviving the Pittsburgh Marathon in 2009, Pittsburgh Three Rivers Marathon Inc. announced a new challenge on Wednesday: a 150-mile relay race in 48 hours.

Teams of up to eight will complete the length of the Great Allegheny Passage, starting in Cumberland, Md., and end in Pittsburgh, in just 48 hours. The teams will be divided into two groups and will travel in separate vans to participate. Each runner will run three legs of the race, each varying in distance. One runner can serve as an alternate to take the place of another runner.

Each team can consist of a maximum of eight people (that's 18.75 miles each, if everyone runs equal distances), but those who are brave enough can participate with just a team of four (37.5 miles each). If a team can only find four people to participate but wants the full number, they can be paired with another four-pack.

The race will start on Oct. 12 and end the next day with a post-race party on the North Shore.

Registration for the event is now open (gaptrailrelay.org).