The redesign of the space in the Strip District recently was recognized by Preservation Pennsylvania with a construction award for rehabilitation. 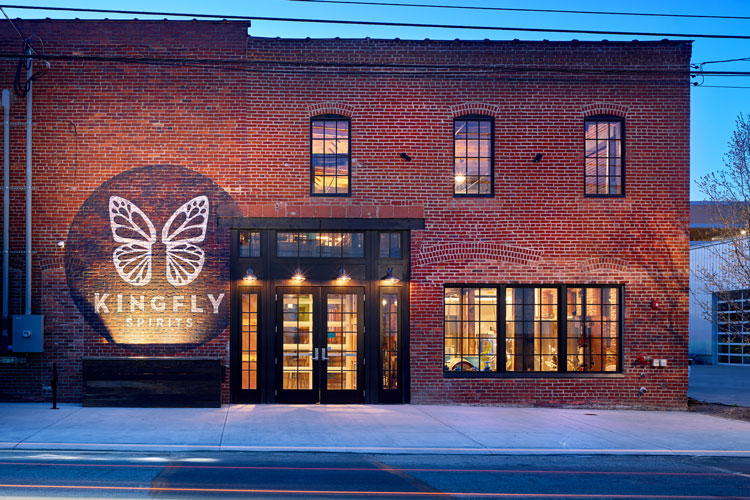 Kingfly Spirits, which opened in February in the Strip District, is known for its cocktails, but — like the Monarch Butterfly it was named for — the distillery’s building also has undergone a total metamorphosis.

Once an urban horse stable, later a lumber mill, then home to a decor and furniture store, the 10,000-square-foot structure — which was built in 1907 on land leased from the estate of Mary Schenley — today is a free-flowing space accented by red brick walls and exposed wooden beams. 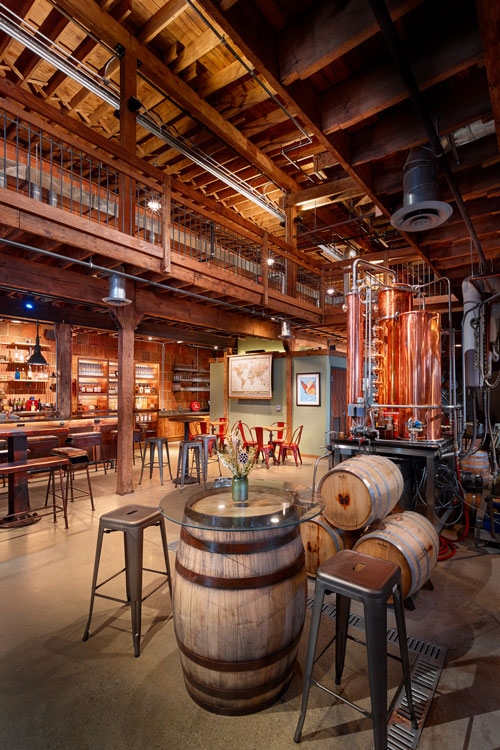 The large downstairs bar accommodates 180 people while a former hayloft, now an event space, can host an additional 100 people. At its center is a gleaming 58-gallon copper still.

“It’s a work of art,” says Peter Margittai, whose Pittsburgh-based Margittai Architects worked on the redesign of the space, says of the still. “Every aspect of it is beautiful. It’s front and center when you walk into the space.”

It wasn’t always that way.

Margittai says that when Mark Willson, who co-owns Kingfly with Blake Ragghianti, first showed him the exterior of the building, he was less than impressed. He changed his mind once he got inside, despite the building's battered concrete floors and single, outdated bathroom.

“The building had so much potential, and the space was really, really exciting,” he says. 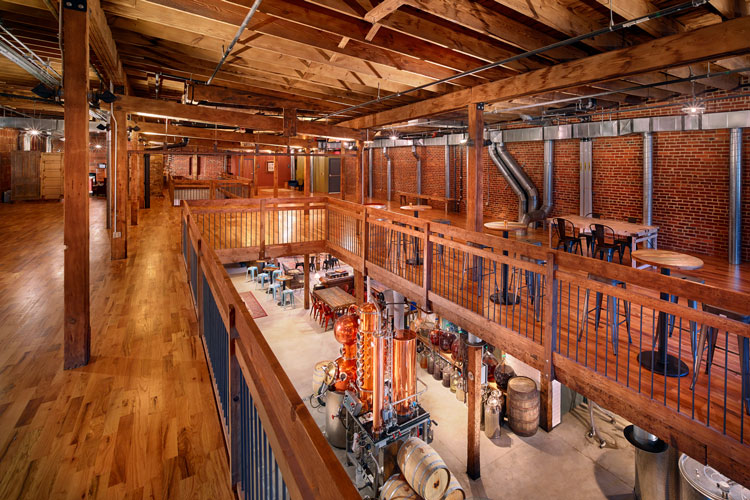 After the owners bought the building in 2016, Margittal — whose firm specializes in adaptive reuse — spent the next two years working with MM Marra Construction, Iams Consulting and local artisans to bring the building back to life.

Margitttai recalls that parts of the building’s floor were simply wooden slats laid over dirt. During construction, workers found cobblestones that once paved a narrow alley had been incorporated into the building in an earlier expansion, and they also unearthed vintage equestrian gear. 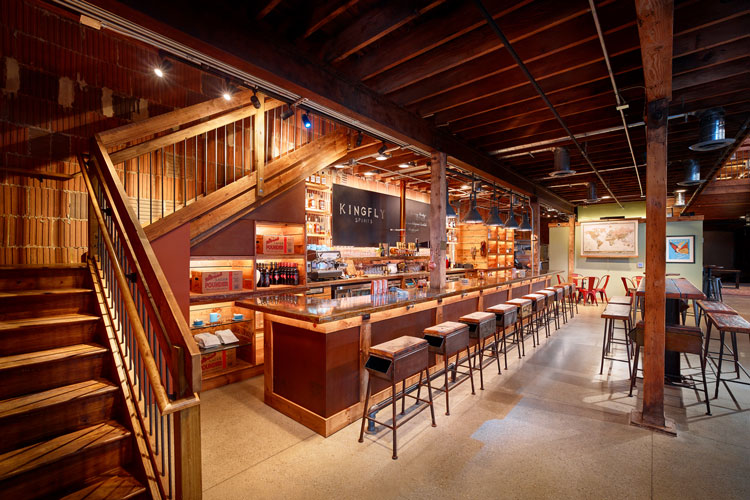 Rather than demolish the building’s quirks, Kingfly celebrated them. Noting that much of the building’s wood likely is rare American Chestnut, Margittai says they strove to keep as much as the building’s original masonry and framing in place as possible. Framing from a bank of windows that used to run behind the distillery also was pulled down intact and stored away for future use.

“The character is part of what makes the building so charming and so interesting,” Margittai says. “You very likely couldn’t build this building today, so we wanted to be very careful how it was restored.”

“To take a barn like this and make it sing, it really does take some thought and some effort,” Margittai says.