How Jayne Miller Plans to Make Pittsburgh's Parks the Best

The (relatively) new president and CEO of the Pittsburgh Parks Conservancy has big plans for the city's park system. 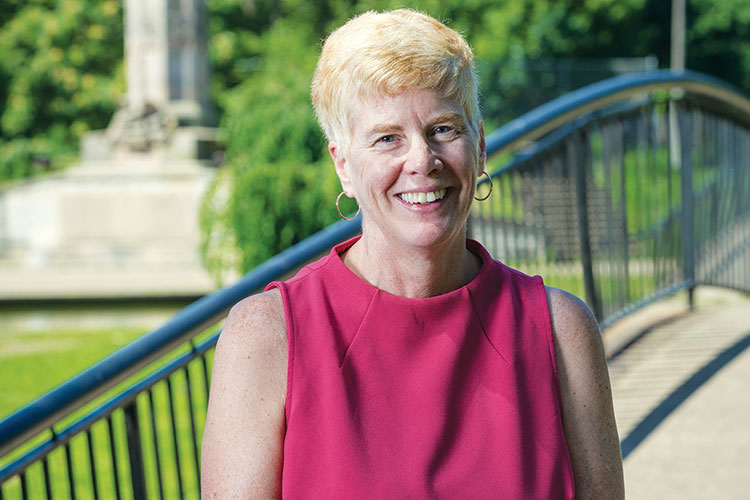 “I’m not going to let these hills defeat me,” Pittsburgh Parks Conservancy President and CEO Jayne Miller says with a smile, sitting in the conference room of the Conservancy’s South Side offices — just a few blocks from the Three Rivers Heritage Trail. It turns out the terrain in the avid cyclist’s new backyard might be a little more challenging than she was expecting, at least in comparison to Minneapolis, where she served as superintendent of the park and recreation board for seven years.

Miller is carrying the drive she employs on the city’s slopes into her new job, where the hills divide neighborhoods and challenge the connectivity of the park system. Miller, who took over for Parks Conservancy founder and CEO Meg Cheever in Feb. 2018, clearly welcomes the challenge.

While she embraces the unique character and identity the hills and rivers give individual Pittsburgh neighborhoods, she acknowledges they also create natural barriers between them. Connectivity is a big reason her former city has had, under her leadership, the top-rated urban park system in the country for the last five years. Minneapolis’ system was rated the best among city parks by The Trust For Public Land, a nonprofit advocacy group that evaluates parks based on a variety of qualities: acreage, accessibility, amenities and other features. To its credit, Pittsburgh jumped to 23rd on the list (up from 39th) in 2017, thanks in part to the city and the Parks Conservancy’s investment in greenspace redevelopment.

Local emphasis in recent years has been placed on major parks — Frick, Schenley, Riverview, Highland — and the riverfronts, but smaller neighborhood and community parks still suffer from neglect or disrepair. The Conservancy estimates a roughly $400 million backlog in capital improvements alone, due to decades of underfunded infrastructure. Miller says those smaller parks will be a point of emphasis moving forward.

“It’s a challenge,” she says, describing her draw to the job. “It was a perfect opportunity to bring my skills and experience to the table.”

She fielded job offers in Seattle, Tucson and Lake Tahoe before accepting the lead role in Pittsburgh. Closer proximity to a daughter  in Washington, D.C., helped her make the decision, but she also saw an opportunity to apply her expertise. 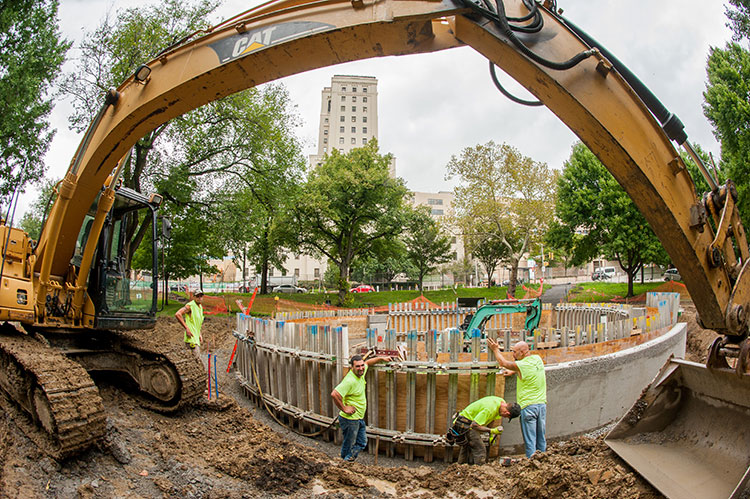 “The city is really in the midst of this major transformation,” she says, crediting the groundwork laid by Cheever. “I chose Pittsburgh because of the work the Conservancy has done in the last 20 years … They’ve positioned themselves to do great work in the parks.”

Cheever founded the Conservancy in 1996 and helped procure more than $100 million in funding during her tenure. Seeing the state of disrepair in the parks in the late ’80s and early ’90s, she created the Conservancy as a nonprofit partner to assist the city in maintaining the parks.

Moving forward, funding will continue to be a primary point of emphasis.

“It’s amazing to me what the city staff have been able to do with the resources they’ve had. They’ve been woefully underfunded,” Miller says. “The private philanthropy and the private, individual giving that the Conservancy is able to bring to the table has helped — but there is still a lot of work that needs to be done.”

It’s an area where Miller’s stout resume is particularly impressive. Before leaving her previous position, she championed the city of Minneapolis to approve a 20-year plan that included an additional $11 million in annual funding for parks.

“Jayne’s prior history of performance in leading urban park improvements has already translated into credibility among Pittsburgh public officials and the philanthropic community,” Conservancy board chairman Daniel Booker says. “Even at this early stage, it has become clear that her national reputation for managing urban parks and making them better is well-deserved.”

Procuring more stable sources of funding will continue to be Miller’s goal. “I wouldn’t be here if I didn’t believe we could have an impact,” she says. “I’m a firm believer in the public process. If you tell a compelling story, people will support making investments in parks.

“Cities have these moments in time where you have to seize those opportunities. I think Pittsburgh is in one of those moments … Community leaders are aligned with where the city is going. It’s obviously getting recognized around the country for great work, but it still has a pretty big climb to do.” 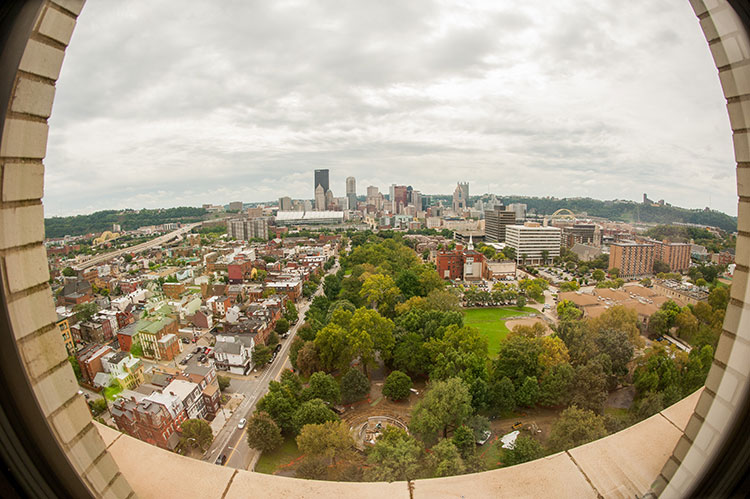 Miller’s impact in 2019 will be determined in part by end-of-the-year budget decisions by the Conservancy, the city and other stakeholders, including the Urban Redevelopment Authority and Pittsburgh Water and Sewer Authority. “We have a number of projects on the table. We just have to decide which ones we are going to fund,” Miller says.

As to the long-term outlook for Pittsburgh’s parks, Miller says, “I want to also look at the city as a whole and the system of parks that you can connect from place to place to get to destinations.” Back in Minneapolis, she says, she could bike from her home to work almost entirely on bike paths.

Additionally, the Conservancy is involved in a task force charged with exploring preliminary plans for the Hays Woods property between the South Side and Homestead. The roughly 600-acre plot could become the city’s second largest park behind Frick, depending on final acreage allotments for park land.

“I don’t think that there is any question that Hays Woods will be turned into a park. The question is how much of it — and what kind of park will it be,” Miller says.

She also stresses the importance of the parks system to Pittsburgh’s future. “Cities today recognize that in order to compete for the best and brightest, they have to have a city that brings that quality of life, because it drives economic development. It drives health and wellness. It provides spaces that people want to be in.”

This article appears in the January 2019 issue of Pittsburgh Magazine.
Categories: Community Feature