How David Freese is Helping to Keep Pirates' on Course

The Pirates’ infielder emerges as a team leader — and an offensive powerhouse. 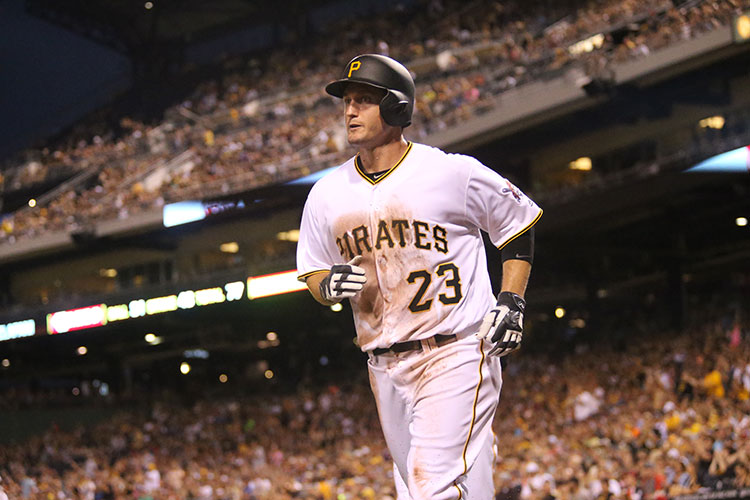 The statistics for veteran infielder David Freese after the 2017 season’s opening weeks go beyond attention-grabbing, verging on head-turning: before being sidelined with a hamstring injury in late April, Freese posted an average of .321 with an OPS above .950, 10 RBIs (despite a somewhat low-scoring April for the Bucs) and a trio of home runs. The percentages lead the Pirates and rank among the highest in the National League.

Impressive numbers long have hovered around Freese. The most staggering, perhaps, is 21: That’s the RBI total for the Texas native during the 2011 postseason, when Freese was with the St. Louis Cardinals.

Twenty-one RBIs in a single postseason campaign. That’s an all-time record; no one has driven more batters home through the course of an October than David Freese, who was named the MVP of both the National League Championship Series and the World Series that year.

Yet the 34-year-old is a careful, aspirational player, still seeking to develop and improve even as his Major-League career approaches the 10-year mark. “You dissect your swing, you dissect your approach; your sights, your plans, all of that,” Freese says. “You work in the winter and get back to work in the spring.”

Pirates Manager Clint Hurdle can see that a promise of offseason focus, for Freese, is a serious one. “He worked on some things in the winter and came to Spring Training with a plan,” Hurdle says. “He’s been steadfast with it, and it’s worked out very well for him.” 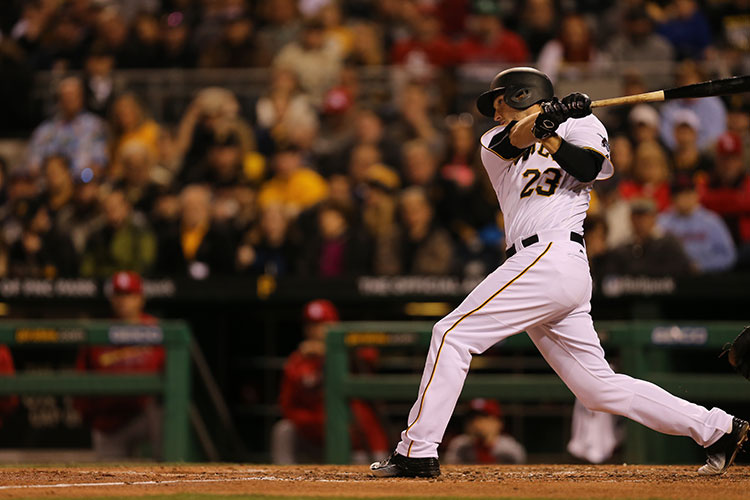 That work — which Freese says has become “more about my thought process” as of late — has led to team-leading productivity, even as the Pirates have been dogged by uncertainty. In the offseason, rumored superstar trades fell through and free agents headed elsewhere. As the season began, the results were inconsistent; the first four series of the year went 0-3, 3-0, 0-3, 3-0. Then one of the team’s stars, Starling Marte, failed a drug test, leading to an 80-game banishment.

It falls to veterans such as Freese, who increasingly is described as a locker-room leader, to keep the ship on course in spite of such waves. “The more you play this game, the more you realize how important April is,” Freese says. “A good start is great for the momentum of the club — and even for the fanbase I think it’s important, especially in a city like this. It’s a city where fans demand a lot — and I obviously understand that. It’s great to see the passion.”

The particular quirk of this season most relevant to Freese’s efforts is the status of Jung Ho Kang. The embattled infielder has faced a string of injuries and, more distressingly, legal trouble, including most recently a conviction on a drunk-driving charge in his native South Korea that left him unable to secure a work visa and join the team. (An appeal, to be held after press time, may change Kang’s status.)

​Freese, who was signed as a free agent in 2016 during Spring Training, filled in for Kang as he recovered from an injury early last year; now, at least as long as Kang is not with the team, Freese is the Pirates’ everyday third baseman. But even though Kang’s return might mean fewer opportunities for Freese (and without acknowledging that he may be playing well enough to supplant his teammate), he remains hopeful that Kang soon will rejoin the club. 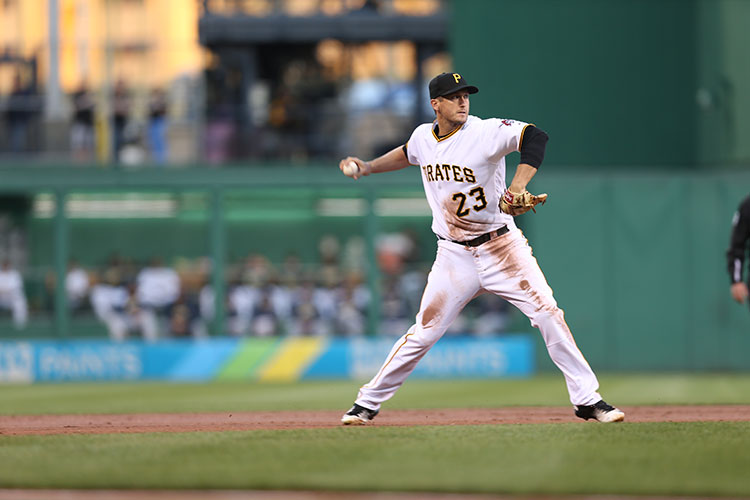 “Do I want Kang here? Absolutely. Does Kang being here take away my playing time? Absolutely — but I’m OK with that. When Kang’s here, our team is better. Whether I’m spelling him, playing first or on the bench, our team’s deeper when he’s here.”

That’s precisely the sort of experienced pragmatism that makes Freese a natural leader among his teammates. It’s a designation which he is reluctant to acknowledge; nevertheless, he takes it seriously.

“We all have a time to lead,” Freese says. “It’s our job as men and as teammates to step up as leaders when it’s the right time — when we’re called upon.”

This article appears in the June 2017 issue of Pittsburgh Magazine.
Categories: From the Magazine, Hot Reads, Pirates