As it celebrates its 100th anniversary, Carnegie Mellon University’s School of Drama — which performs “The Wild Party” and “The Glass Menagerie” this month — remains at the forefront of the theatrical. 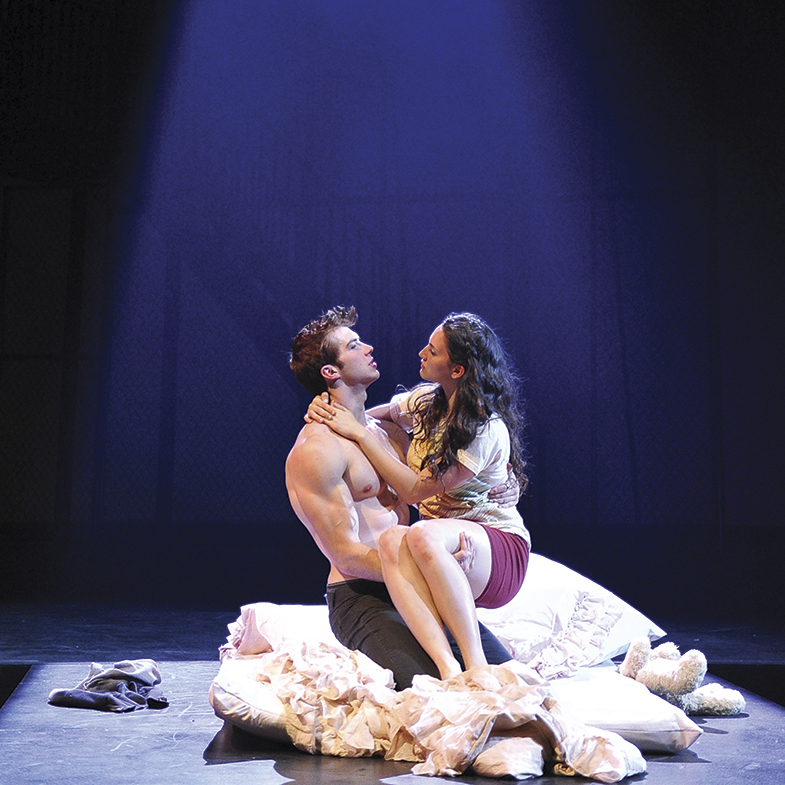 When Adam Davis arrived at Carnegie Mellon University in 1993 to study technical production at its famed School of Drama, he was thrilled to meet a fellow freshman student who brought along his own toolbox. “It was four years of working with people just as passionate as I was,” recalls Davis.

Like so many CMU Drama grads before and after him, Davis came here to be trained by the best. He’s never forgotten his roots. Today, he’s managing partner at Tait Towers, the global leader in designing and building live-show equipment for anything from Broadway musicals to the opening ceremonies at the Olympic Winter Games this year in Sochi, Russia. Davis is quick to boast that 15 fellow production alumni work in Tait’s top posts. “There are tentacles of CMU in every major spectacular you see around the world,” he says.

As the School of Drama celebrates its 100th anniversary, impassioned alumni are working to ensure the nation’s first degree-granting drama conservatory remains cutting-edge. “We have high-profile graduates working in every aspect of entertainment,” says Peter Cooke, professor and head of the School of Drama. “They’ve been a tremendous source of inspiration, recruitment and support.”

One such formative booster is Hollywood producer John Wells, of “E.R.” and “The West Wing” fame: In 2011, he made a “transformational” gift to the school’s directing program, which now bears his name. Beyond drawing leading practitioners from theater, film and television to direct master classes and work with students on productions, the endowment also supports student directing fellowships that provide off-campus learning opportunities; for example, pupils had a chance to observe Wells as he directed the filming of Oscar nominee “August: Osage County” in Oklahoma.

Here’s an example of the influence of former students’ work: John-Michael Tebelak developed “Godspell” using student actors to improvise Bible scenes while he was a graduate directing student. The show later moved to New York, where co-alumnus Stephen Schwartz (“Pippin’” and “Wicked”) joined the project as composer/lyricist, resulting in the landmark musical we know today.

CMU’s School of Drama may be identified by its lengthy list of accomplished Acting/Music Theatre program graduates — Judith Light, Ted Danson, Billy Porter and Zachary Quinto are but a few — but its breadth of available disciplines sets the school apart. Last June, The Hollywood Reporter ranked the drama program fourth-best in the world — behind The Juilliard School, Yale School of Drama and New York University’s Tisch School of the Arts.

“Theater is a collaborative game,” says Cooke. “It’s like an orchestra, and everybody has to play their part. Unless you’re in a conservatory like ours where we have all of the elements, you may not get the cross-disciplinary training that might open some door down the line.”

Actor-turned-producer Neal Dodson remembers during“[o]ur freshman year, we had to take directing and designing classes and work on backstage crews. At the time it seemed like a chore, but in retrospect it was hugely valuable.” He partnered with fellow grads Corey Moosa and Quinto in 2008 to form Before the Door Pictures; its credits include the Oscar-nominated film “Margin Call” and the acclaimed “All Is Lost,” starring Robert Redford. Meanwhile, the versatile Quinto recently starred in the Broadway revival of “The Glass Menagerie” opposite fellow alumna Cherry Jones, a two-time Best Actress Tony winner.

CMU’s School of Drama receives upwards of 1,600 applications yearly. On average, 60 applicants are admitted across all disciplines; of those, roughly 30 are in the coveted Acting/Music Theatre major. “It might be the toughest discipline to get into across the whole of Carnegie Mellon,” says Cooke.

“I feel like I can totally go and do Chekhov or Shakespeare or a new play tomorrow,” says Michael Campayno, a Pittsburgh native and current senior. Campayno, who starred as Rolf in NBC’s recent ratings record-breaker “The Sound of Music Live!,” endured eight demanding callbacks to win the role. “The acting program is so demanding and so structured, but it’s what you need to do because it totally prepares you for any performance style out there,” he says.

CMU kicked off a series of celebratory centennial events Feb. 22 with Andrew Lippa’s “The Wild Party,” running through March 1 in the Philip Chosky Theater. “Judge Jackie Justice,” a brand-new musical satirizing courtroom reality shows, is a CLO production from award-winning alumni Michael Kooman and Christopher Dimond; it runs through April 27 at the CLO Cabaret. Celebrations are planned in New York and Los Angeles for March 10 and May 8, respectively.

“It takes enormous devotion to persevere in this business,” says Cooke. “The kid who says ‘I think I’ll get into acting or become an engineer’ is not going to come here.”
That may sound dramatic, but it’s been true for 100 years.