Macedonia Family and Community Enrichment Center has conducted weekly phone calls with local organizations to deliver meals and masks to people during the pandemic. 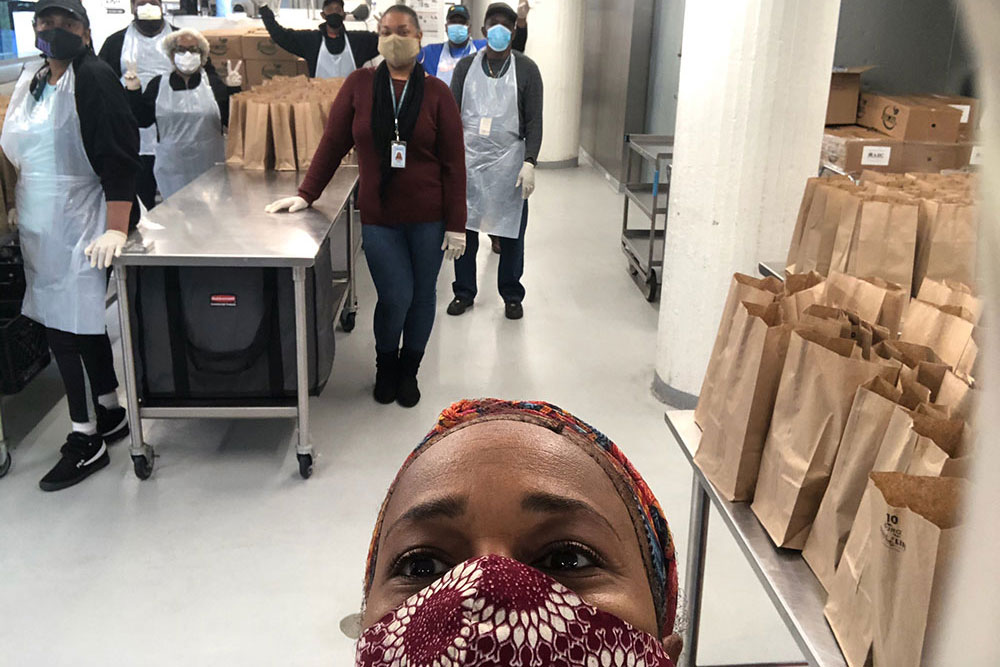 Since its founding in 1994, the Macedonia Family and Community Enrichment Center (FACE) has prioritized the issue of food insecurity in the Hill District and other efforts to help people in need. In light of the COVID-19 pandemic, access to transportation and groceries have become limited, but through a simple weekly phone call with schools, organizations, businesses, elected offices and residents, the nonprofit has been able to effectively expand its program and deliver food to people who are struggling.

For three years, the organization — a faith-based non-profit community outreach of Macedonia Church in the Hill District — has been developing the Lunch Box Program, which was created to focus on families struggling socio-economically and with food insecurity. Trisha Gadson, CEO of the nonprofit, says these boxes of non-perishable food items often include a gift card to a grocery store. As the pandemic started to affect the Hill District, Gadson says the nonprofit has been delivering more and more lunch boxes each month.

“As a result of the pandemic and as word spread that we have the capacity to help families, we’ve gone to delivering four-five boxes in a month to 40 in the month of April and 60 in the month of May,” Gadson says.

Gadson explains that people who are in need of services can call the organization’s general office number, and staff members will screen for hunger insecurity first and find out if the person has an immediate need. Depending on how urgent the request is, they are able to deliver the food within 24 to 72 hours. Each box has enough food to feed a family of three or four, lasting for around 10 days to two weeks.

Because it has become difficult to purchase food for the lunch box programs in bulk from grocery stores, the Macedonia Family and Community Enrichment Center has partnered with several local organizations, including the Greater Pittsburgh Community Food Bank, to expand the program. Gadson says the organization now has a stock of frozen chickens in a freezer that they are able to deliver to families, as well.

Meals on Wheels helps senior citizens who need nutritious meals. It delivers five meals a week to anyone over the age of 60 in need. Gadson says prior to the pandemic they had 190 people on their roster for the program, and just last week they were up to 275 — serving roughly 1,400 meals per week. The nonprofit’ operates a senior center, which had to be shut down because of the virus, and Gadson says they are remaining in contact with these seniors to ensure their needs are being met.

“On our weekly calls we’re checking to see if they’re still meeting with their doctors, getting their prescriptions filled, that they have enough food, if they need to be added to Meals on Wheels, or need gift cards to local grocery stores,” Gadson says. “Our agency partnered with the YMCA and we had a city-wide virtual bingo where 32 people participated through Zoom.”

In addition, they have partnered with the nonprofit Ujamaa Collective, which is making machine-washable masks to distribute to the community for free.

“This is a systemic problem,” Gadson says. “And then you add to it a pandemic that has slowed our economy for the past four months and a system where just because we’re in a green phase doesn’t mean it is safe. It’s not like it’ll magically get better for people. This will require a very strategic, longterm and methodical response to help the community.”