How a Civil War Treasure Trove Was Discovered in Carnegie

The 9th Pennsylvania Reserves recreate the battle of Gettysburg this month, but they shepherd their own history year-round. 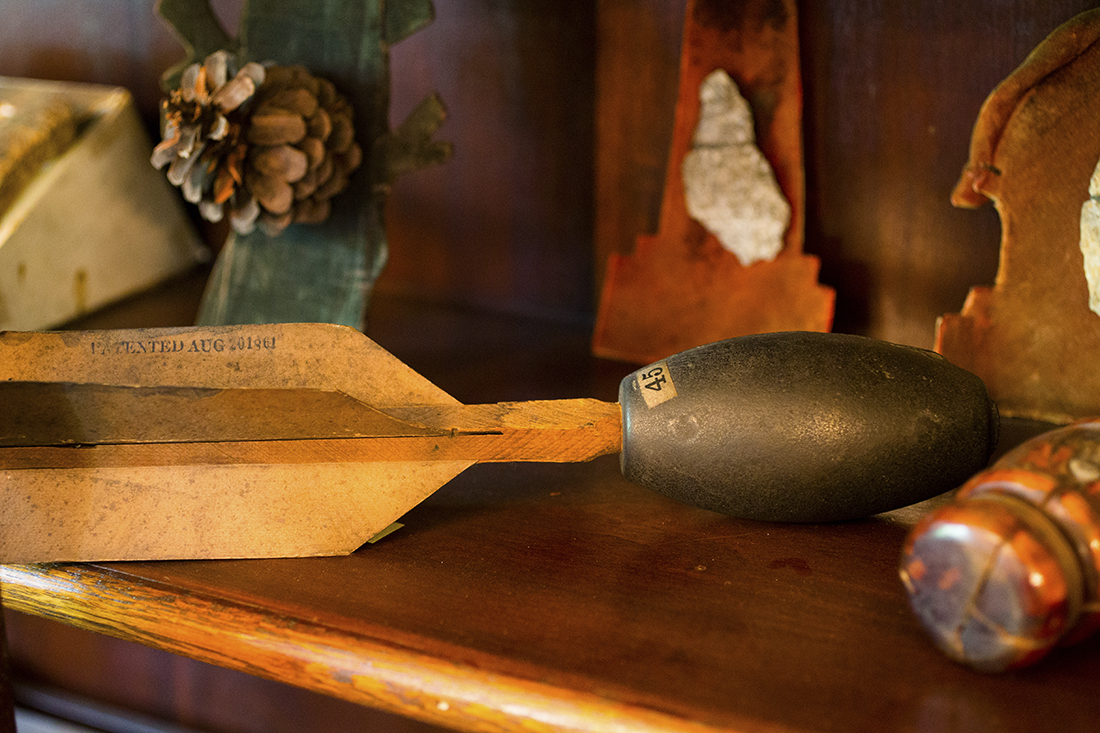 This month, tens of thousands will make a pilgrimage to Gettysburg, Pa. Some will holster iPhones and bring the kids, hoping to experience living history. Others, including Pittsburgh-based re-enactors with the 9th Pennsylvania Reserves, Co. A, will wear painstakingly assembled regalia and carry reproduction rifles, preparing to recreate the battle on its 150th anniversary.

“[The group] was established by four or five guys who were Civil War re-enacting before it was cool — before Glory, before Ken Burns’ Civil War,” says Rea Andrew Redd, board president for the 9th Pa. Reserves.

While they’ll play their part in the massive reconstruction of the Battle of Gettysburg — scheduled from July 4-7 — the “Pittsburg rifles,” as they’re informally known, mingle with history every time they meet.

Home base for this group is the Captain Thomas Espy Grand Army of the Republic Post No. 153, a single room in the Andrew Carnegie Free Library in Carnegie. The Grand Army of the Republic was a veterans organization for honorably discharged Union Civil War soldiers, with branches established throughout the former Union states — plus the south, Canada, Mexico and Peru; Pennsylvania alone boasted 640 posts.

As Civil War veterans died, most stations closed or were sold. The soldiers of Post 153 had been meeting since 1879. They cut a deal after moving into the “Carnegie Carnegie” in 1906: After the last surviving member died, the post would become property of the library, to be preserved as a memorial, in exchange for free rent. That included uniforms, equipment, maps, literature, photos and more — an invaluable record of local Civil War history. The room finally closed in 1934. 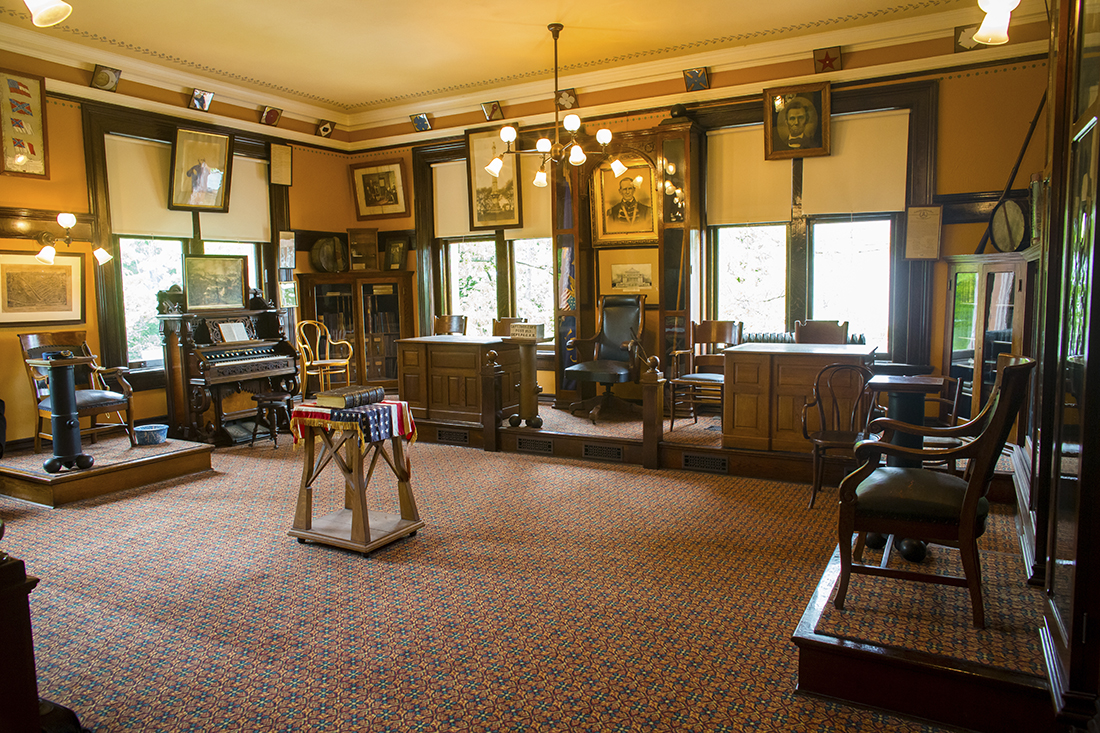 Apparently, the library staff of the 1930s didn’t know what to do with the collection. The room was sometimes sealed and sometimes left unlocked. Rare artifacts and records sat undisturbed for nearly 50 years.

In 1981, the room was discovered by Michael G. Kraus, Civil War enthusiast and current Soldiers and Sailors Memorial Hall and Museum curator, while he was following a lead on artifacts hidden in the library. The Allegheny County Bomb Squad was the first group notified — to defuse live ordnance in the collection. Then the Pittsburg rifles came calling when they realized the room was a momentous find — a completely preserved GAR post. Only a handful of posts nationwide remained in such immaculate condition.

Today, the 9th Pa. Reserves re-enact battles in various eastern states. They work to clean up battlefields and take a yearly preservation trip to Gettysburg; they’ve also put time and money into the restoration of Civil War-era headstones in Chartiers Cemetery, including the graves of GAR members who met in the same room the Reserves occupy today. And, of course, they’re the custodians of Post 153, offering regular tours. 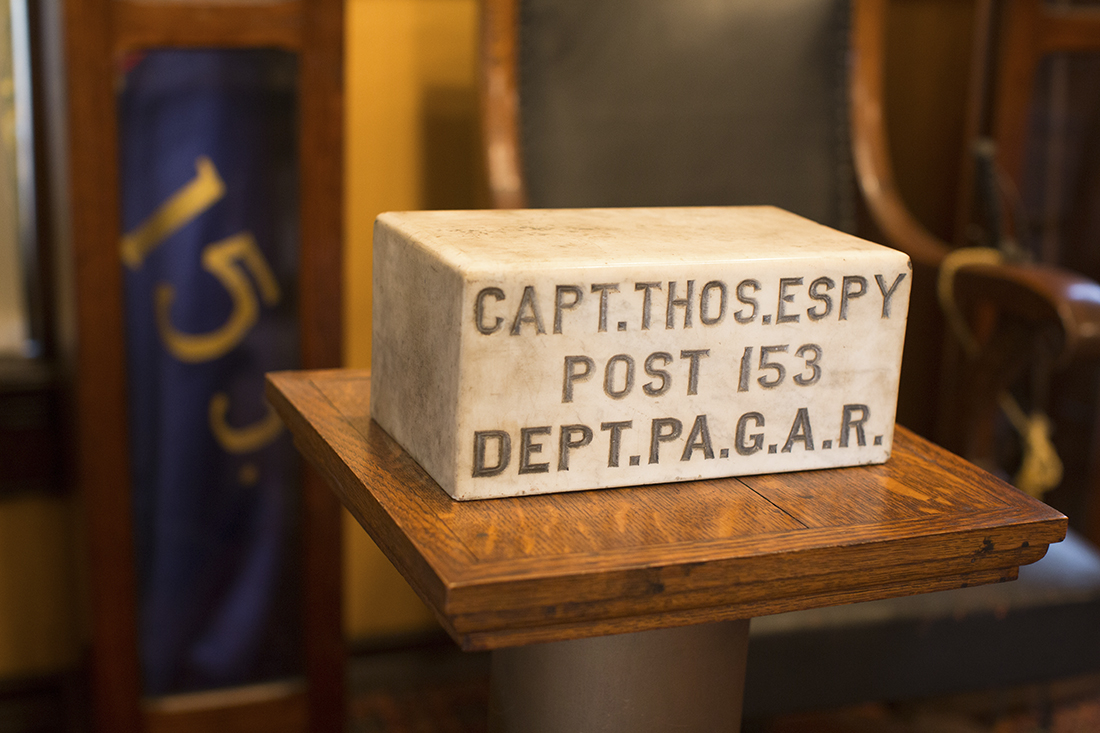 While Redd, who joined the group in 1993, says he’s approaching the Gettysburg memorial re-enactment the same way he’d approach any other, he acknowledges that an occasion like this month’s provides the opportunity for an uncanny experience.

“You look around and think, ‘There’s nothing here but 1860,’” he says. “The cavalry is racing by, the sabres are jangling, the dust is up. Off in the distance, you hear the volleys. And you think, ‘OK, keep your eyes open. This is the way it was.’”