House of 1000 Beers Is Not Exaggerating

There are actually more than 1,000 different varieties of beer available at the pleasant Warrendale bar and restaurant. 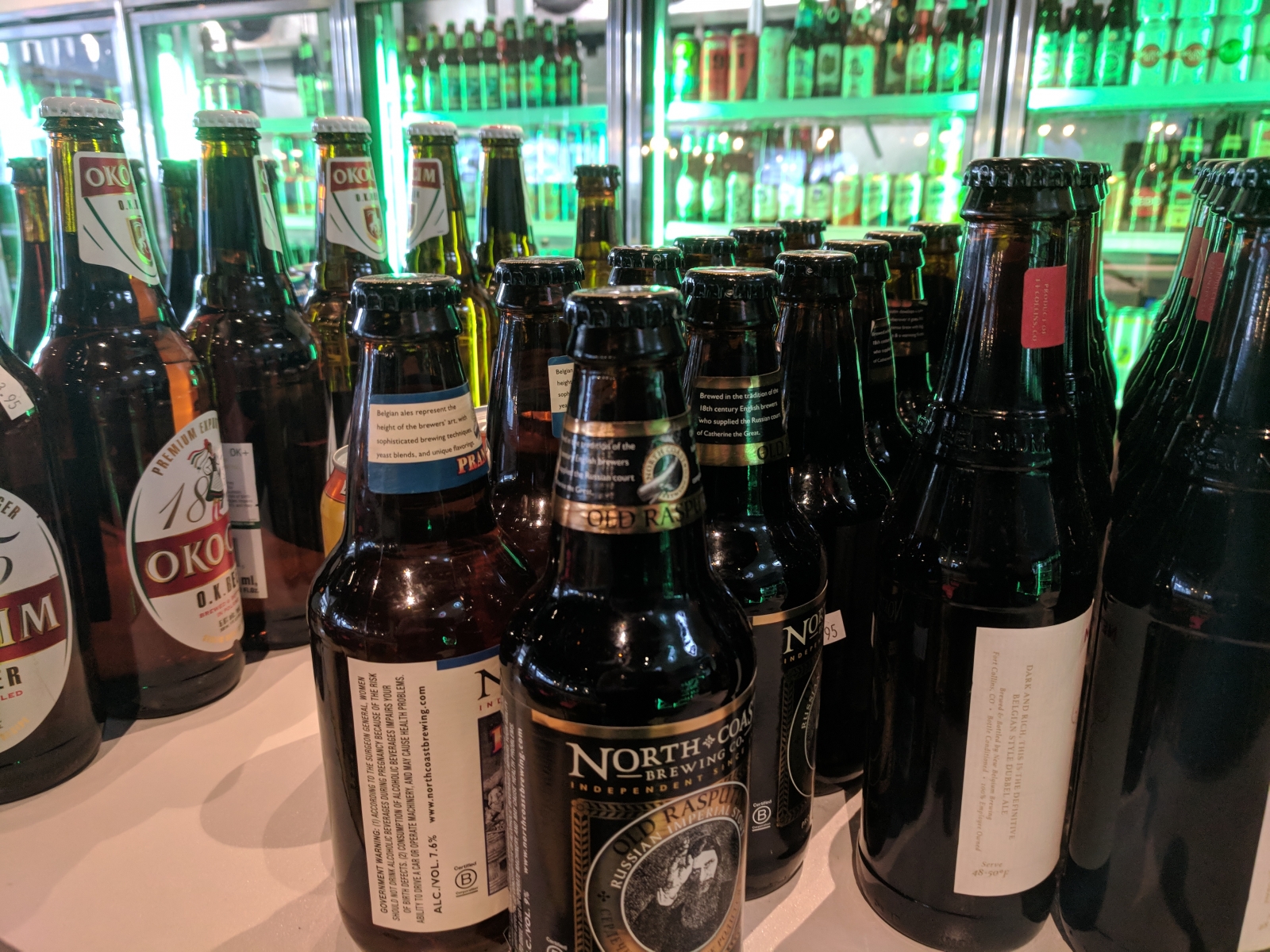 If my cocktail-napkin math is to be trusted, the name of House of 1000 Beers, while lacking a necessary comma, contains no hyperbole. There are 50 brews on tap, and I estimated about 800 in coolers and another 250 or so on shelves. Truthfully, I might be coming in low. The number of varieties is staggering.

Four years ago, I visited the original New Kensington location of this beer oasis. I hadn’t noticed the recent opening of a new branch in the northern suburbs, where Warrendale is emerging as the nightlife(-ish) segment of the North Hills; Bakn can be found in the same plaza, and Jergel’s is just down the road.

It’s a welcome presence. It’s not too long ago, after all, that the idea of finding craft beer outside of city limits was absurd; even when the first wave of suburban, beer-focused bars opened in the early 2000s, we were generally talking about Blue Moon and Guinness, not Unibroue and Strange Roots (both of which are on tap at House of 1000 Beers, as of this writing; the list changes often). It’s great that you can get a world-class beer, on tap, near home — wherever home is.

To ask a quibbling question: Is it actually, y’know, desirable to have 1,000 beers available? It’s a guarantee that there’s something for everyone, to be sure. If we’re quibbling (and if not, why are we here?), I would point out that this isn’t exactly a bar program. When you try to do everything well enough, you rob your staff of the chance to get great at certain things; my server, while perfectly attentive and kind, had to ask me to identify the beer I wanted by its number on a chart. There’s no way for a staff to actually keep up with 50 frequently-changing taps.

To the beer snob, that means that your brew will not be tapped and served as perfectly as it might, and plenty of those 50 taps will contain some ho-hum offerings; while there were plenty of interesting beers available, the lion’s share were from major-minor breweries such as Leinenkugel’s, Victory and Sam Adams.

Most of us aren’t beer snobs, though, so the above complaint is of concern only to purists. For the rest of us: There’s a ton of beer, and a lot of it is very good beer. And the food is filling and savory; I ordered a special, the brisket mac and cheese, which paired perfectly with a porter. It’s a nice, welcoming place. And if your preferred beer is anything but the most obscure brew imaginable, it’s probably waiting for you in Warrendale.