Twists on traditional, mixed media and classic grey stand out at the spring installment of the biannual High Point Market in High Point, N.C. 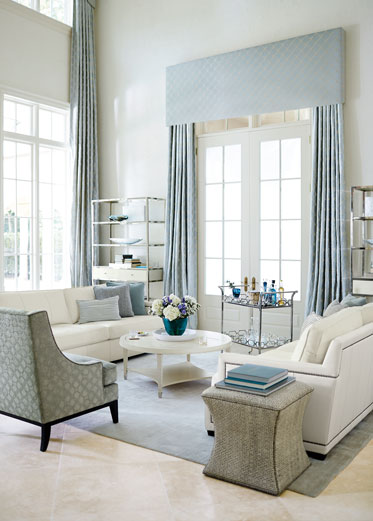 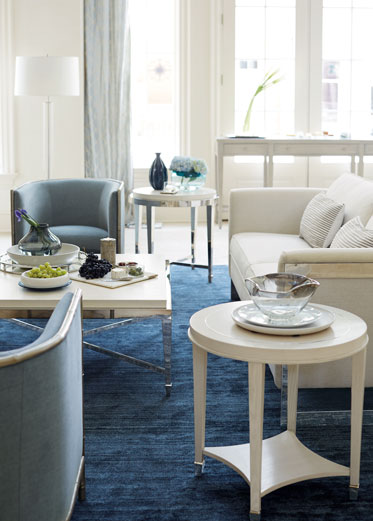 Think lighter woods, glitzy hardware and a metallic accent or two. Slight updates to what’s been known as “traditional” — typically darker woods, such as mahogany and cherry, and clean lines with few embellishments — are making what’s old new again. That style was on display this spring at High Point, the largest furnishings-industry trade show in the world. More than 75,000 visitors travel to High Point, N.C. twice a year for the opportunity to view new products from more than 2,000 vendors from more than 100 countries. “With a lot of companies these days, the popular look is more of a rough unfinished wood … and I think it’s being absorbed too much,” says Greg Powell, vice president at Today’s Home and Designer Furniture Outlet, which have locations in Ross Township and Scott Township. “I like the fact that traditional is back in a fresh way where it’s incorporating some of the wood-tone aspects you see from other companies but with a cleaner finish.” High Point “Style Spotter” Marie Flanigan of Marie Flanigan Interiors in Houston says she noticed a lot of companies recreating old, timeless pieces. “I see people taking these more historic vintage pieces and making them a little bit more sculptural, a little more clean, and mixing in the metals,” she says. 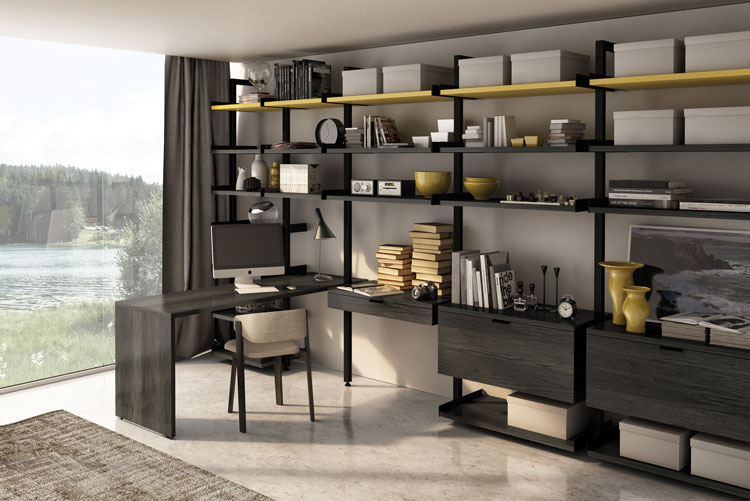 Grey is the New Black

Tones of grey were everywhere at High Point — incorporated from floor to ceiling in pieces ranging from full furniture sets to throw pillows. “Grey can mix well with other tones in its family, as well as any other color or metal. It’s versatile and the most neutral of the neutrals,” says Stacy Weiss, president and owner of Weisshouse in Shadyside. “We love mixing it with marble or a pop of color as in the Huppe Gravity unit (pictured).” Flanigan says instead of a lot of bright colors and florals, which may have been expected at a spring market, she noticed a “softer side of spring.”
“There was definitely blush and lavender, but it was done in very muted, greyer tones,” she says. “Of course greys and taupes and natural earth tones were taking center stage, but we were even seeing color palettes done in a more muted way, which was very beautiful.” 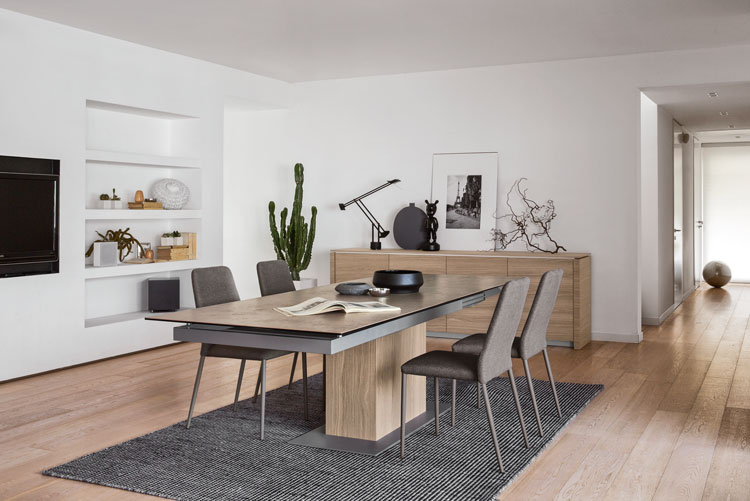 Mixing wood and glass or metal and glass is nothing new, says Perry Sigesmund, co-owner of PerLora, which has locations in the South Side and Strip District. But one of the most exciting introductions he says he encountered at High Point was in the form of laminated ceramic tops for dining room tables. “I think these tables mix really well with transitional [pieces] — a little bit of contemporary,” he says. “You can really mix because some of these tables are coming with metal bases — we’re showing it with wood bases on our floor — and you can have the option of many different flavors of wood [such as] dark walnut or natural oak. I think it’s just going to grow and grow and grow in our industry.” Flanigan says she thought the ceramic she saw at market was beautiful. “We’re very textural designers, and I love bringing in a new element that adds to that layering of texture,” she says. “And obviously the functionality of it you can’t beat — it’s so durable, so usable, and so elegant and clean, which totally ties back to the sculptural, clean, traditional [look] we’re seeing.”