Hot Property: Why This Condo Is a Real Gateway to Pittsburgh

The one-bedroom unit has a view of the Allegheny River and PNC Park. 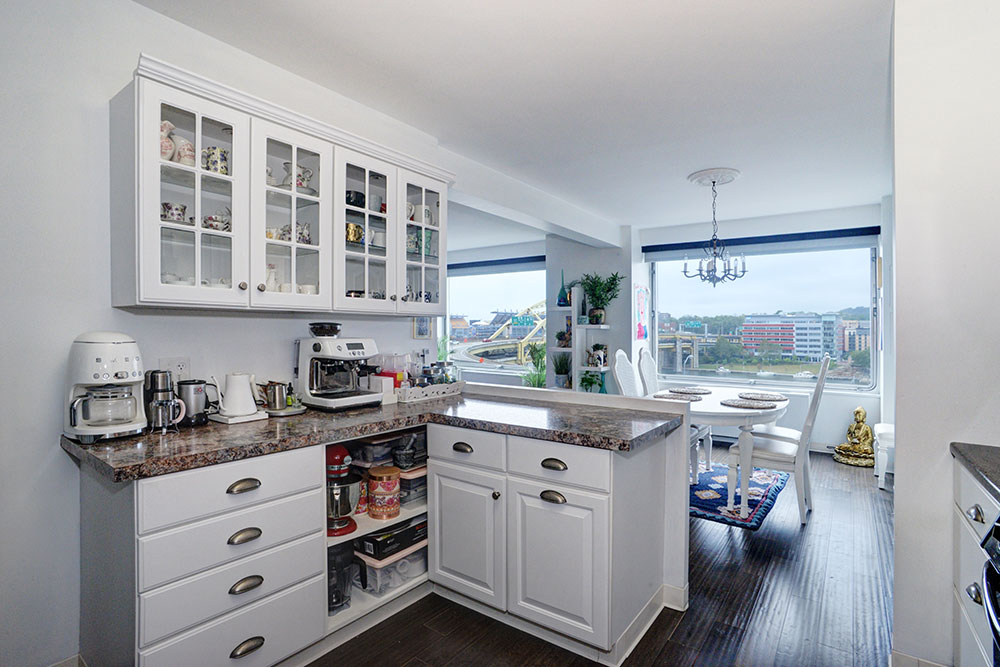 For Alice Barnett, moving Downtown turned out to be a life-changing experience.

She purchased unit 7E in Gateway Towers, which overlooks the Allegheny River and has a prized view of PNC Park, several years ago. The life she glimpsed beyond the windows immediately called her to explore the area.

“You see the ballpark lit up … and the river life never sits still,” she says. “I would see that there was something going on at Stage AE and I would just walk over and buy a single seat.” 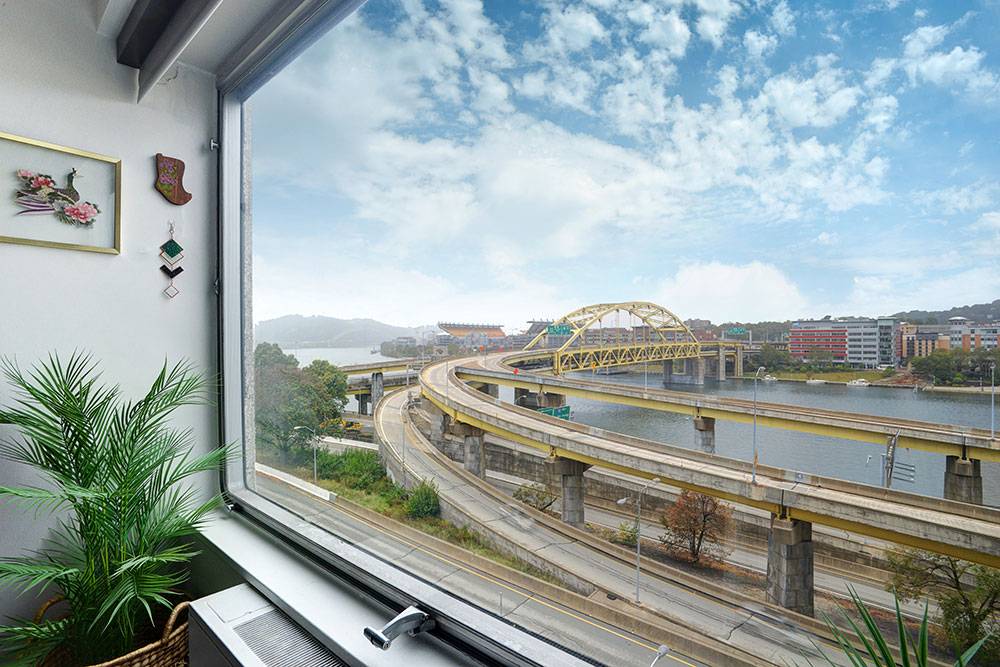 Her solo adventures around the city also taught her a lot about herself.

“I became a more interesting person and fell in love with myself and my life,” she says.

It was on one such venture, this time to Market Square, that she met the man she would marry.

“I was headed into City Works. He commented on my purse,” she says. “We grabbed a drink and now we are married with a 2-year-old.” 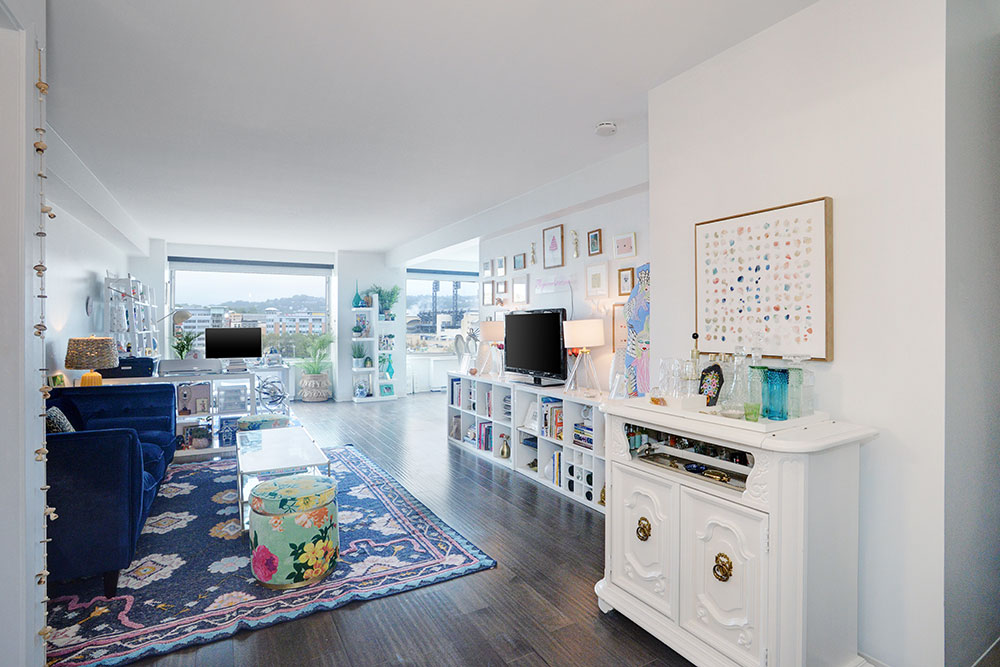 Barnett’s growing family is why her one-bedroom, one-and-a-half bath condominium is on the market for $219,900 (MLS# 1527893, Rachaellee Lacek, Piatt Sotheby’s International Realty, 412/225-3404, piattsothebysrealty.com). It is open by appointment.

Built in 1964 as part of Pittsburgh’s first renaissance, the building was designed to take advantage of its sweeping views of Point State Park. It has 24-hour security, an onsite fitness facility and underground parking for cars and bikes. 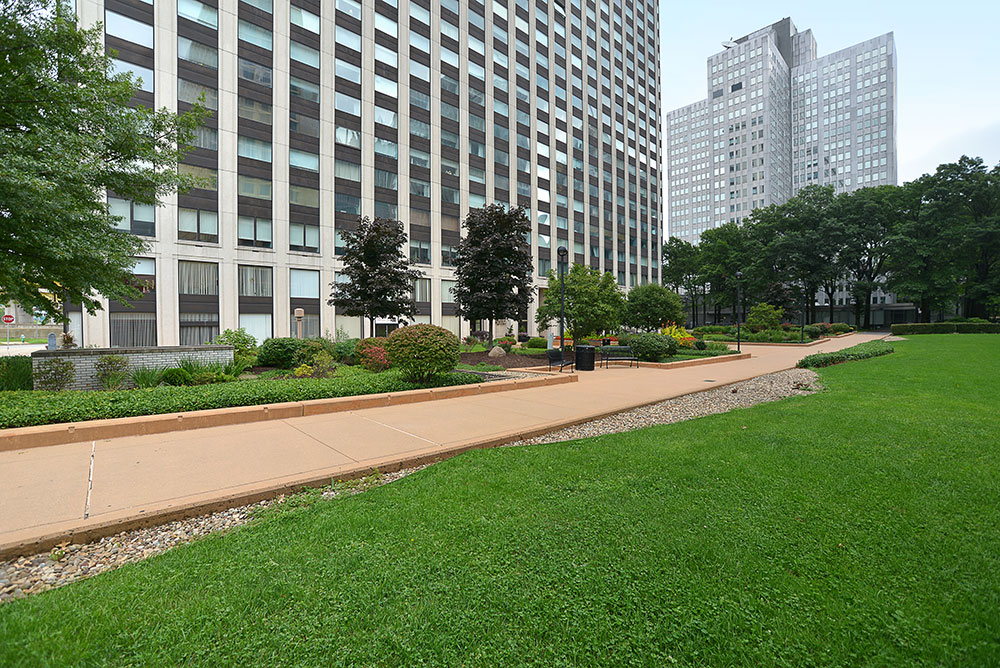 “When I bought it in 2016, it was original and closed off — dated in an uncomfortable way,” she says.

At the time, there were two entrance doors, one to the kitchen — which allowed outside services such as catering to bring food in and out unseen — and one to the living space.

Barnett turned the wall between the kitchen and dining rooms into a half wall, and the second entrance was reconfigured into a large, usable pantry. She also added new kitchen cabinets, formica countertops and engineered floors. 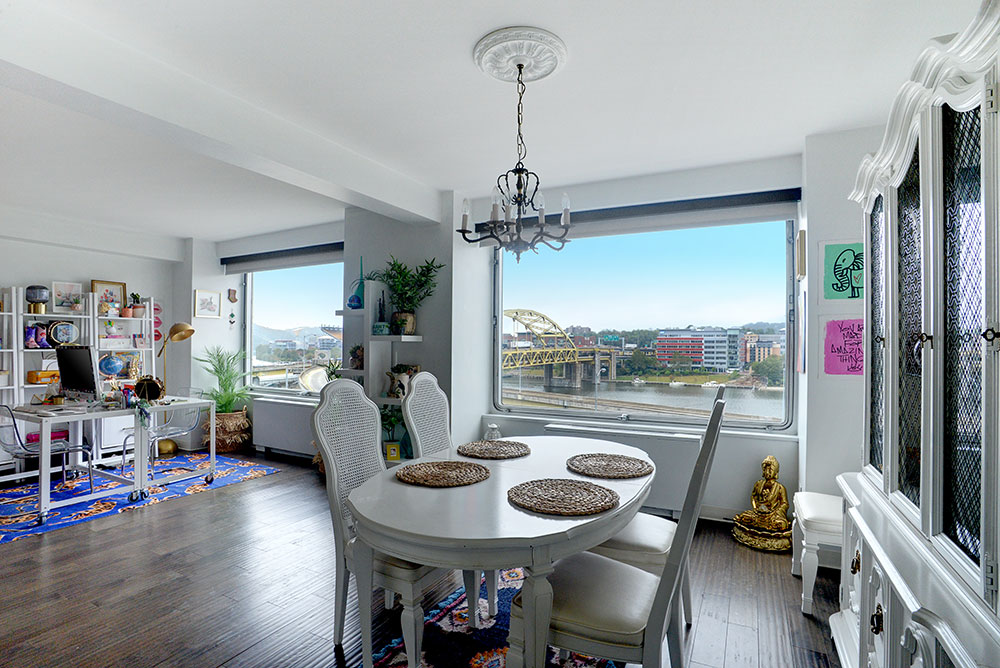 The transformation brought a lot more light into the space and, as an added bonus, opened up a previously unseen view of the North Shore from the kitchen.

The dining area flows into the main living space, where a generous living room, powder room and entry allow for plenty of movement.

The bathroom received a total makeover as well. It now features a nicely sized walk-in shower as well as a new double vanity, mirrors, lighting and tile. The rainshower/handshower fixture is a nice touch. 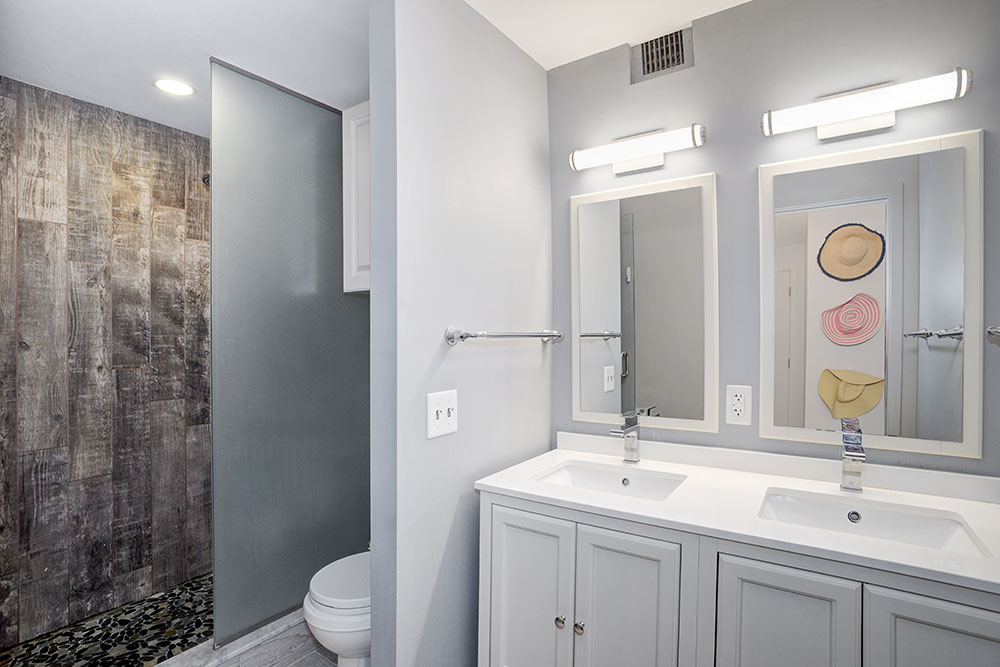 “It is nice to have a really relaxing shower experience,” Barnett says. “Water is so therapeutic.”

The unit recently was rented to a tenant who gave the space an Instagram-worthy vibe. The building also boasts a social committee, which puts on outdoor events such as an annual shrimp boil, as well as a gardening committee, which maintains an herb garden for residents.

Barnett adds that one of the things she really appreciates about the building is the safety factor.

“The management and security was just really great. There is 24-hour security and no swipe system,” she says. “The guards know everyone who lives in the building and their dogs by name. They take care of everyone, and it is so safe there.”