Hot Property: How One Man Built an Alpine Chalet in Beaver County

Once the pride and joy of its owners, the A-Frame style home has a stone courtyard and indoor and outdoor water features. 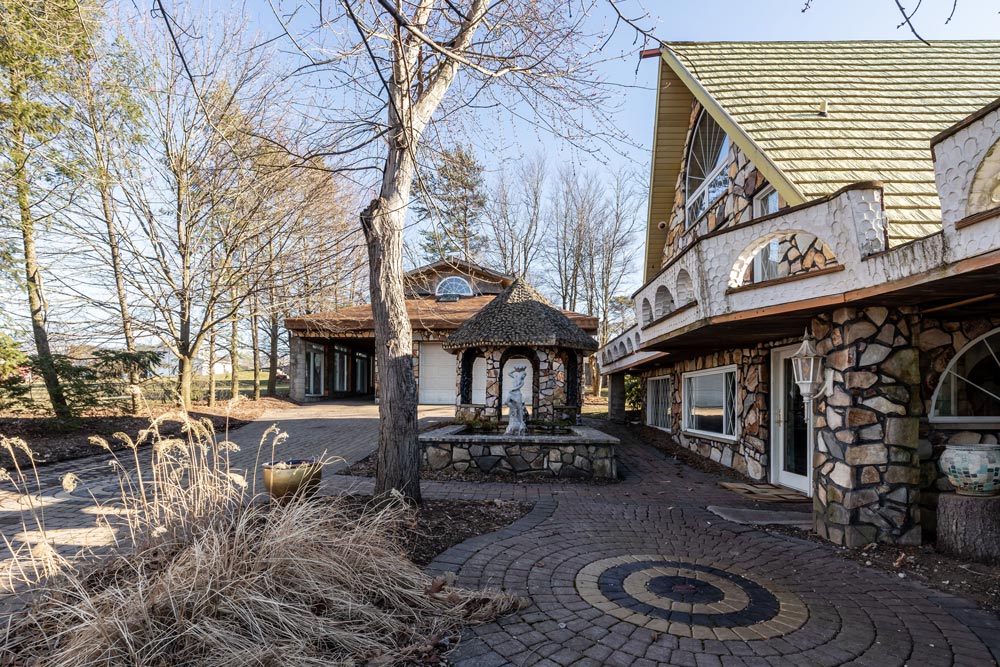 Western Pennsylvania is filled with interesting houses — many of them built by self-made men who had the drive and vision to bring them to life.

Walt Andrews was that kind of man. His daughter-in-law, Mary Andrews, told me about his home at 109 Fronko St. in Center Township that he built for himself and his late wife, Bunny. The lifelong sweethearts passed away late last year, just two months apart.

“He was 86 when he passed,” Mary says. “They were in there the whole time. It was his pride and joy.” 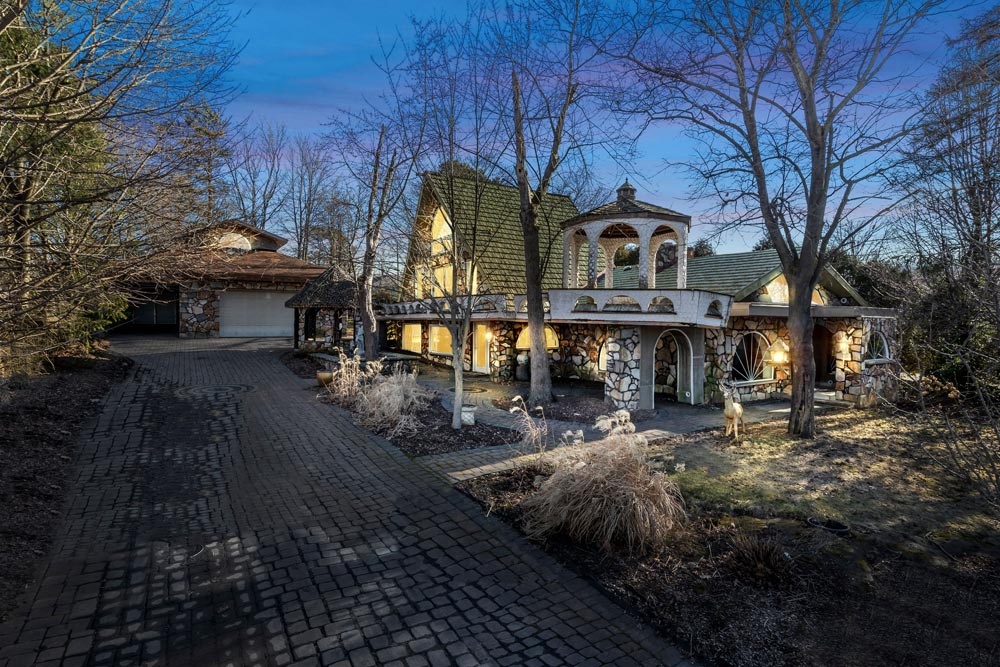 Walt’s story began in Pittsburgh in a depressed part of town. When he got a job as an adult, he wanted to get out of the city. He bought land in Beaver County and spent his weekends building the A-Frame, Alpine-style chalet from the ground up. When a good part of it was complete, he and Bunny moved in. Today, the two-bedroom, two-and-a-half-bathroom home comes with a large attached garage and an apartment.

The custom stone-and-stucco exterior is enhanced by large arched windows. As the years went by, Walt added on and made changes to the home.

“He was all about natural materials, wood and stone,” Mary says. “He had no experience in stone. He hired someone to install the stone of the front fireplace, learned from them and then he did all of the stone on the outside of the house.” 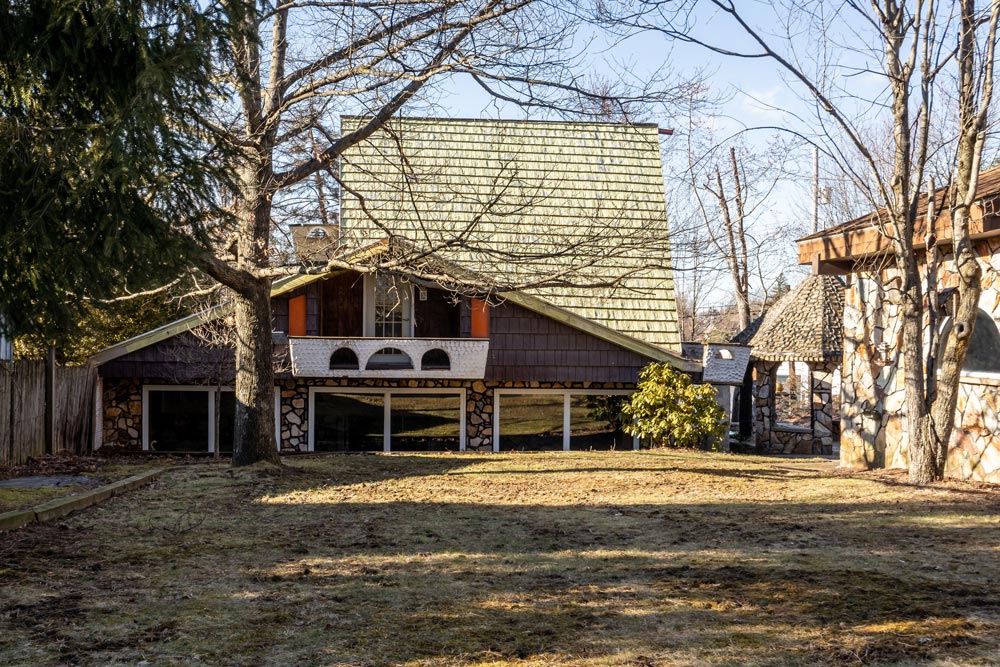 The level lot measures 75-by-164 square feet. There is a stone courtyard, a long driveway and a nice yard. There are several water features both inside and outside the home. When he was alive, Walt kept bird feeders everywhere.

Once inside, a Mid-Century Modern vibe takes hold. Hardwood floors, cedar wood walls and more stone create lots of geometry, and make for a low-maintenance home. The main living room is a sprawling, 28-by-12 square foot space with a vaulted ceiling and a dramatic fireplace wall. A second wall has a Asian-style landscape mural. Large windows fill the space with light. 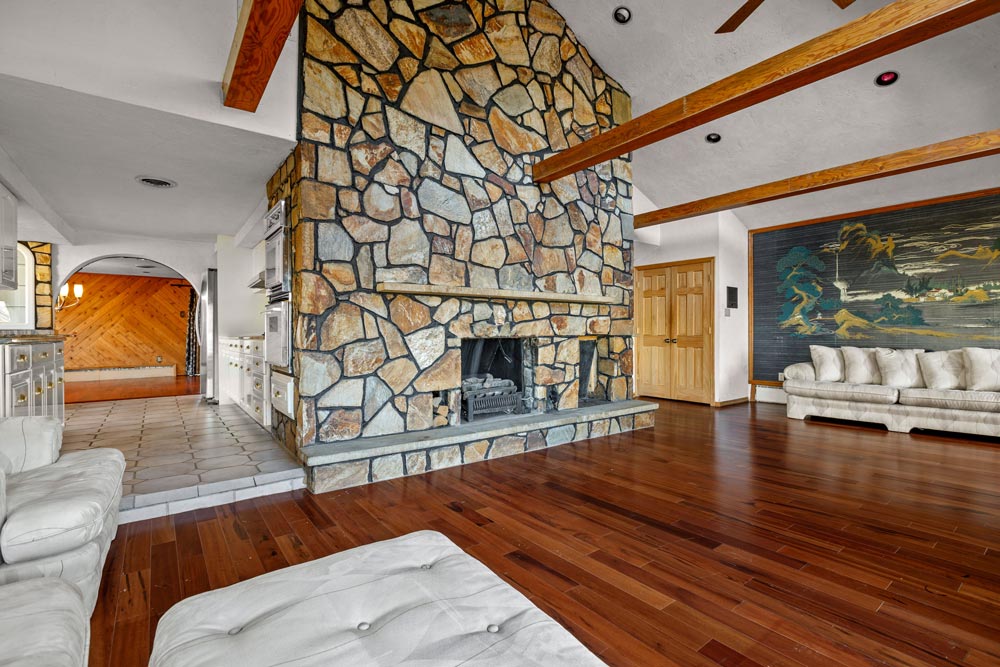 The living room attaches to a kitchen built on a 90-degree corner. It has a ceramic tile floor and white cabinets with a mix of glass and solid-arched doors. The countertops are granite and the stainless steel appliances include a glass cooktop, double wall ovens and a side-by-side refrigerator.

Everywhere you turn, there is a circular design. 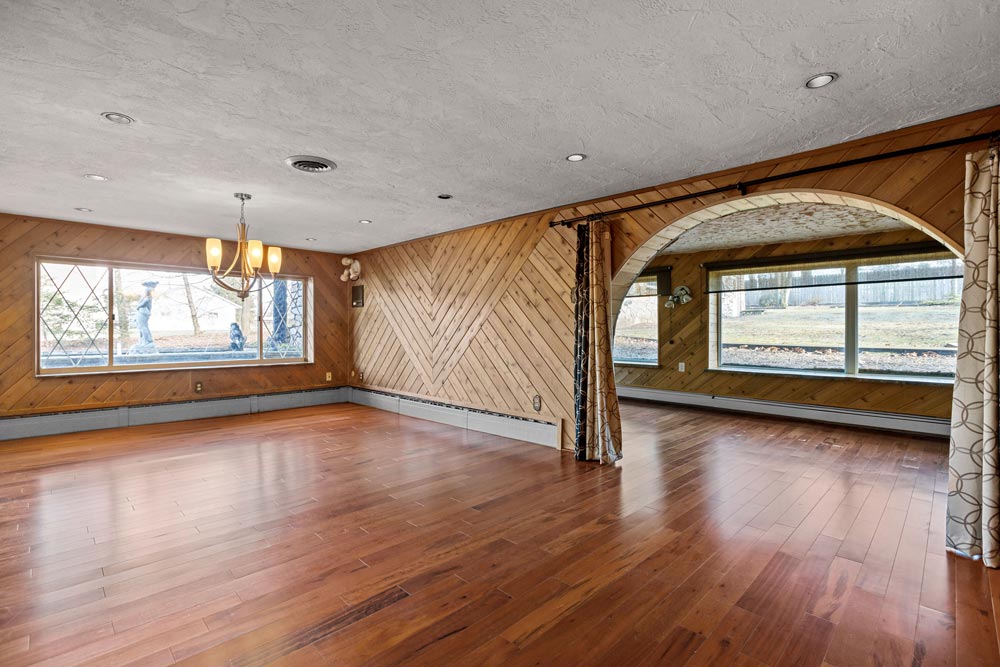 “He liked the arches and the round design — even in the garage,” Mary says of her father-in-law. “He would install the arches. Where he grew up, everything was very boxed-in and square. He just loved the open feeling.”

The dining room is 22-by-13 square feet. Because the house was large, it held all of the family gatherings.

Opposite the kitchen, a 29-by-10 square-foot room had lots of purposes throughout the years, including hosting a game room with a pool table. In their later years, the couple lived only on the main floor. This was easy to do because there is a full bathroom, as well as a second bathroom that was converted from an existing laundry room by adding a handicap-accessible shower and toilet. 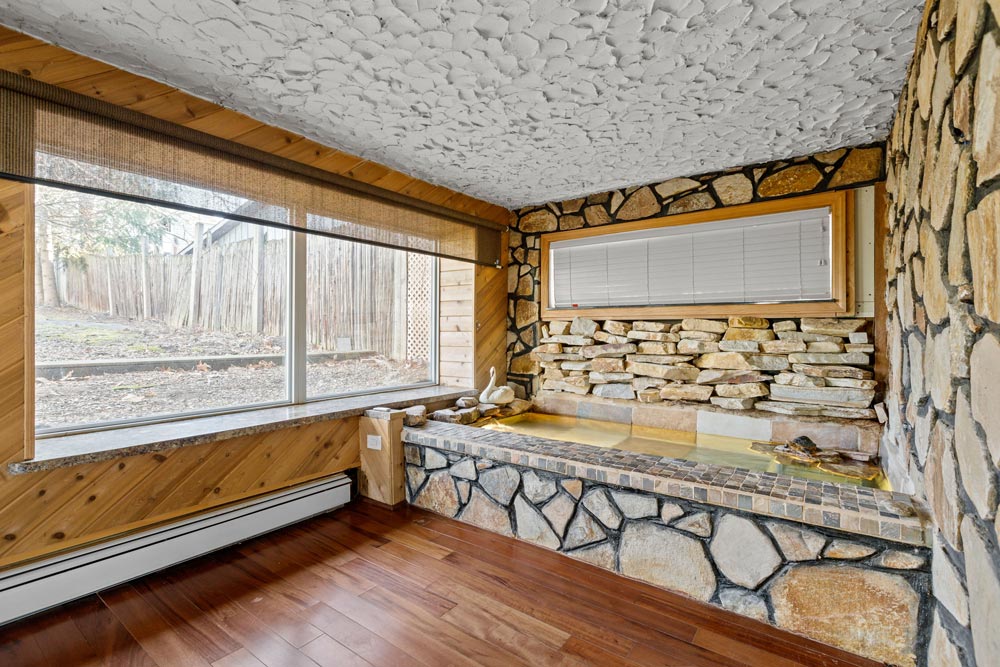 With its long water feature, the sunroom’s biophilic design was way ahead of its time. A door leads to the outdoor space.

On the second floor, a 21-by-12 square-foot bedroom with an attached bathroom was once two bedrooms. Walt took down a wall and unified the space, which could easily be converted back to two rooms. There are two attached outdoor spaces on this level; a rear balcony and a front gazebo.

“Sliding glass doors lead to a little boardwalk and a deck,” Mary says. “There used to be a tree that grew through there, when it became too large, he took it down and added the gazebo.” 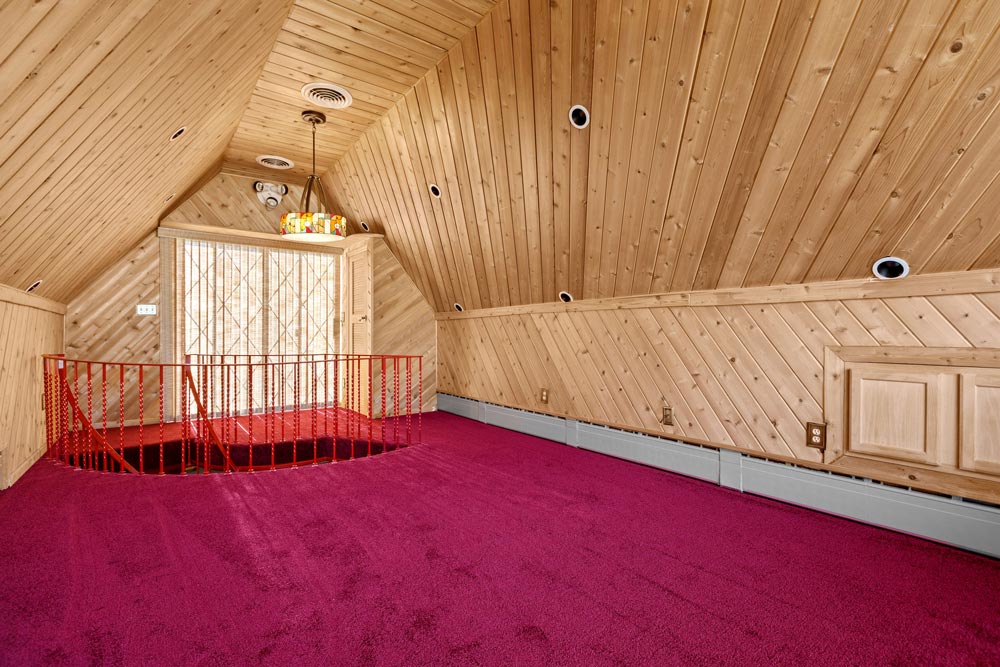 Another bathroom in avocado green hues with brass fixtures services that floor. The hallway carpet and railing is a rich red. An iron spiral staircase leads to a 21-by-12 square foot bedroom with cedar wood walls and large picture windows that take in a view filled with trees. It is a spectacular space — done to Walt’s liking.

“I first saw the house 30-plus years ago. Like everyone else, I thought it was cool and unique,” Mary says. “He carried it out the way he wanted it. It’s quirky. And he wanted it done right.”

Planes, Trains & Automobiles: A 17-minute commute to the airport via I-376. Daily transport via Port Authority.

Neighborhoods Monaca and Center Township date back to the mid 1800s. Fire clay is found in large quantities in the area and at one point, more than 20 companies were turning raw materials into glass along the Beaver River. It was the home of the Anchor Hocking Plant, where the still highly-collectible Depression Glass was manufactured.