The 6,100-square-foot executive home is on a private, wooded lot.

It was an ad in the Sunday newspaper that enabled Bob Denove and his wife, Renee, to build the home of their dreams.

“My son was at 5 a.m. hockey practice. I opened the paper and saw the lot for sale,” Denove recalls. “I went home and said, ‘We have to see this today.’”

The couple headed to a gem of a lot on the edge of Penn Hills. The ad noted a private landowner was selling three, 3-acre lots from his private residence. The couple purchased the first.

“It is private, secure and carved into the woods,” Denove says. “He has horse stables all around the property. Where else can you find that in Penn Hills? It was like a gift from heaven.” 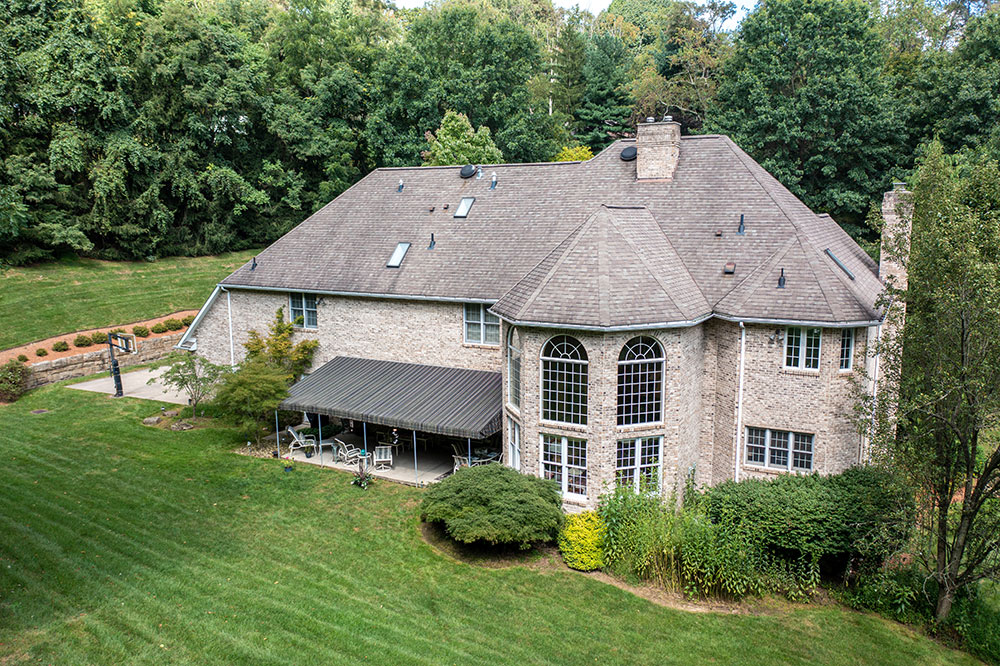 The couple went on to build a 6,100-square-foot executive home at 740 Gramac Lane that’s loaded with design details.

“I always knew I was going to build the house of our dreams,” Denove says. 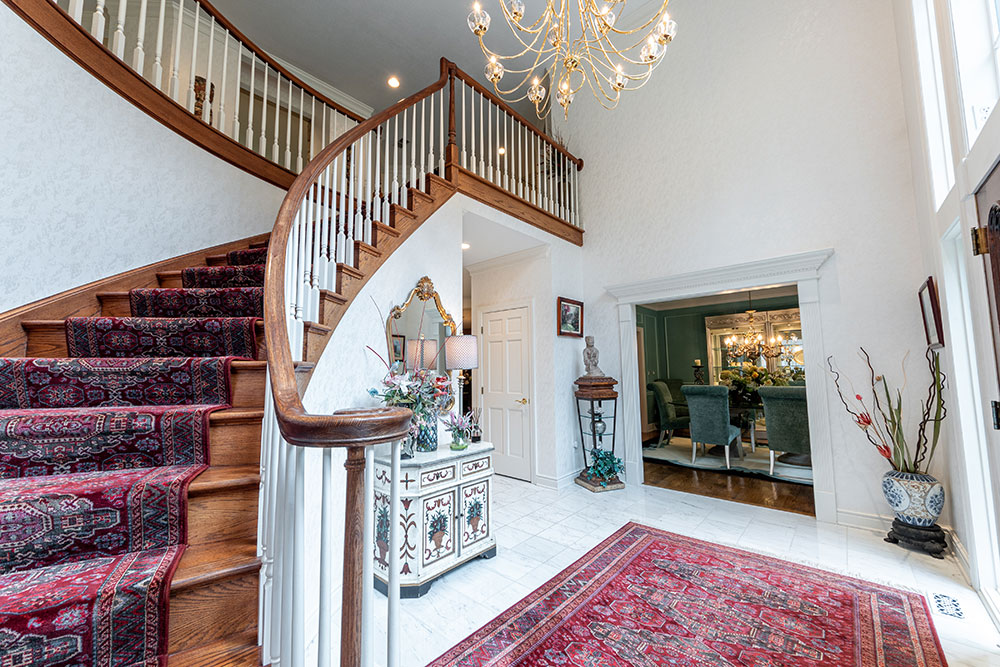 Accessed by a private road, the all-brick home is surrounded by lush trees and mature landscaping. A governor’s driveway leads to the three-car attached garage.

The home is filled with natural light thanks to plentiful windows and a two-story grand foyer. There also are marble floors and a curved grand staircase.

“My wife and I always wanted a big grand foyer,” Denove says. “We were so happy to finally have it.” 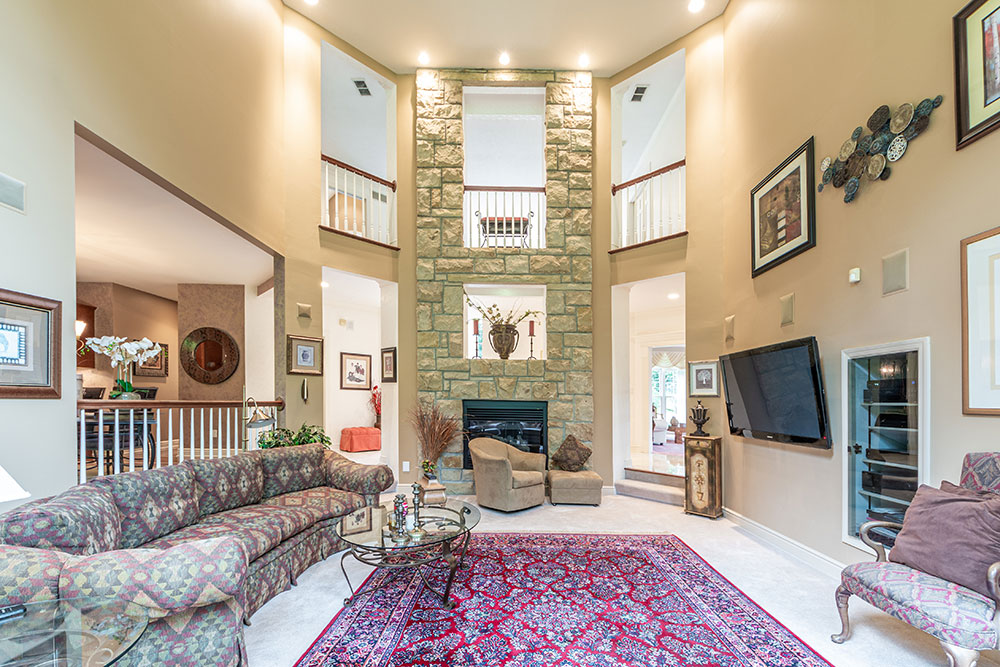 Another wow factor in the home is one of the couple’s favorite features, a two-story fireplace wall in the sunken family room off of the kitchen.

“We hired a stone mason. He was in his late 70s,” Denove says. “He literally cut every single stone in this stone fireplace. It turned out just super.”

The couple was so impressed they hired the same stone mason to hand-construct a wall that runs along the driveway to the home.

“It’s beautiful,” Denove says. “The wall looks exactly as it did 24 years ago.” 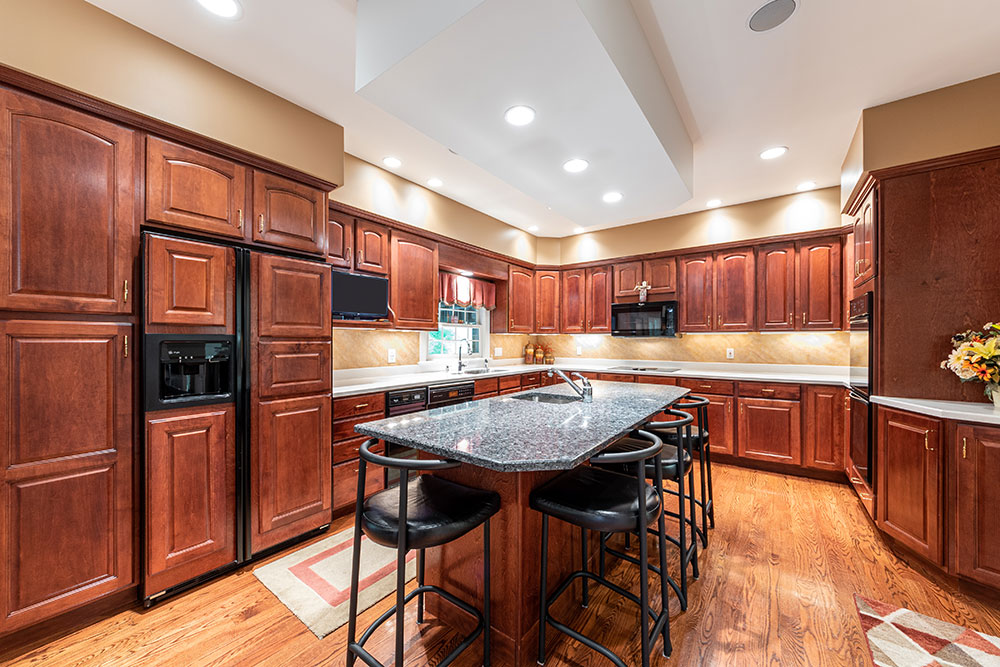 The 14-by-28-square-foot kitchen has a generous island. The signature appliances include a prep sink and plenty of storage throughout. At the far end of the room, a table for six overlooks the family room. 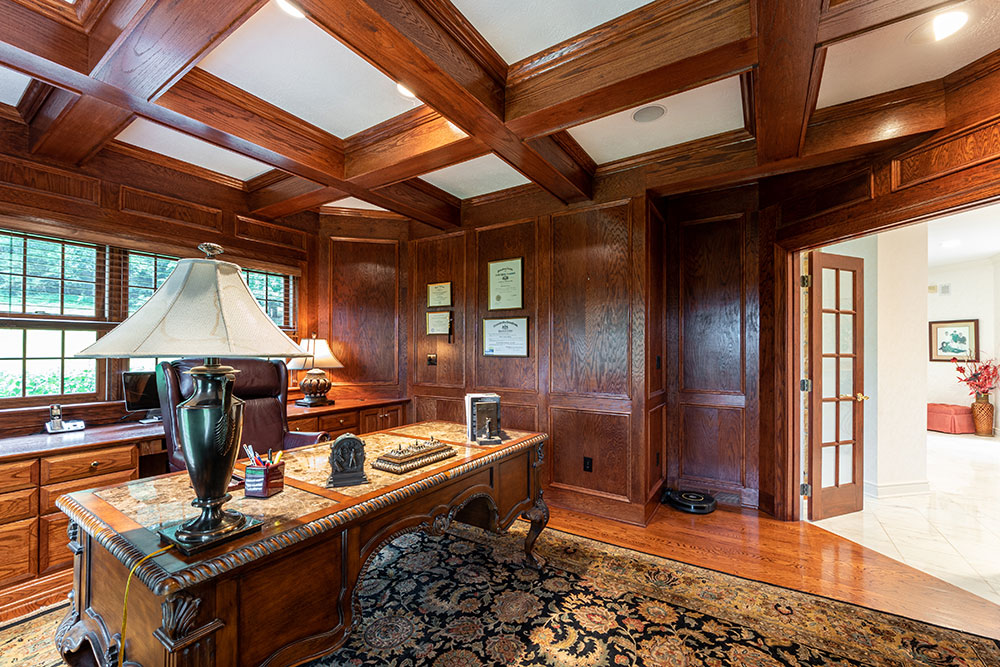 The executive office/den is a standout thanks to a beefy coffered ceiling, custom wall panels and lots of built-in storage space. It’s a perfect work-from-home setup.

There are several other notable features on the main floor, including a formal living room with marble façade and a seafoam-green-hued dining room. 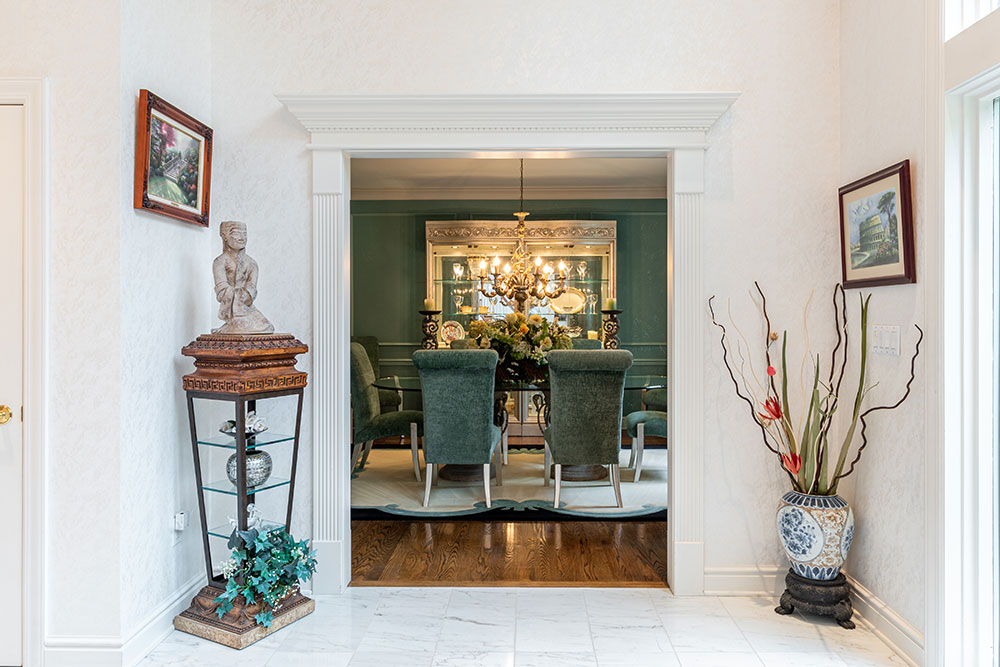 The intimate dining space is located off of the main foyer for dramatic effect;  it’s also adjacent to the kitchen for added practicality. A picture frame trim adds flair — and the green color is a welcome change from the gray or white dining spaces that are all over social media these days. 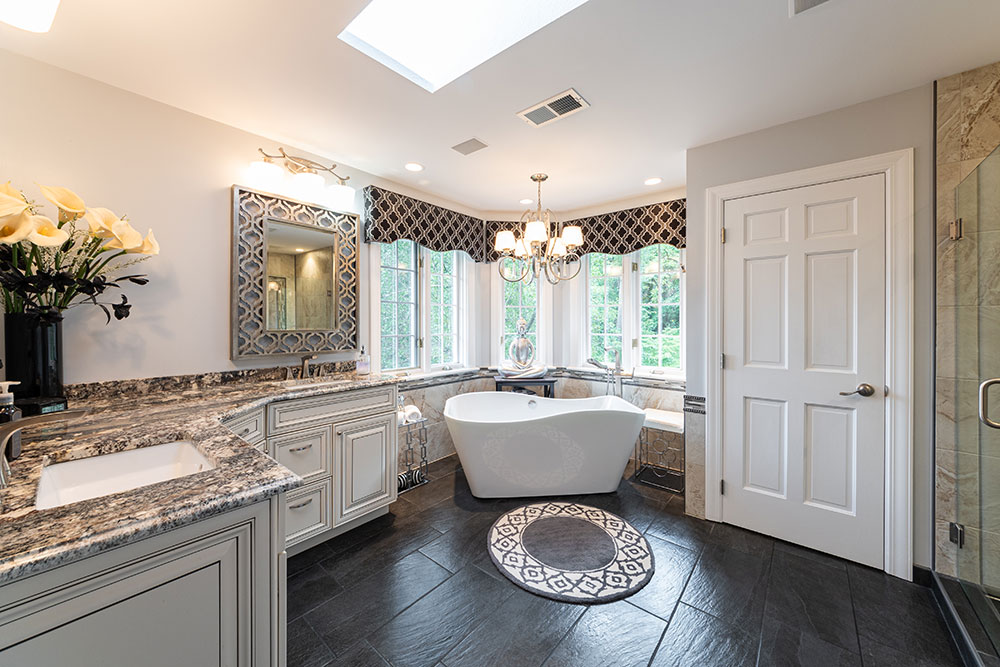 Upstairs, the primary bedroom features a vaulted ceiling, a fireplace and a luxury bathroom with a host of amenities, including an organically shaped soaking tub seated in front of a bank of windows that makes one feel as though they’re soaking in the woods. Separate vanity sinks, a shower and granite countertops round out the space.

The home has three more generously sized bedrooms on this level as well as three bathrooms. A lower-level family room is warm and inviting thanks to a light color scheme and a fireplace wall. That space can act as a complete suite thanks to an additional guest bedroom, gym and bathroom. 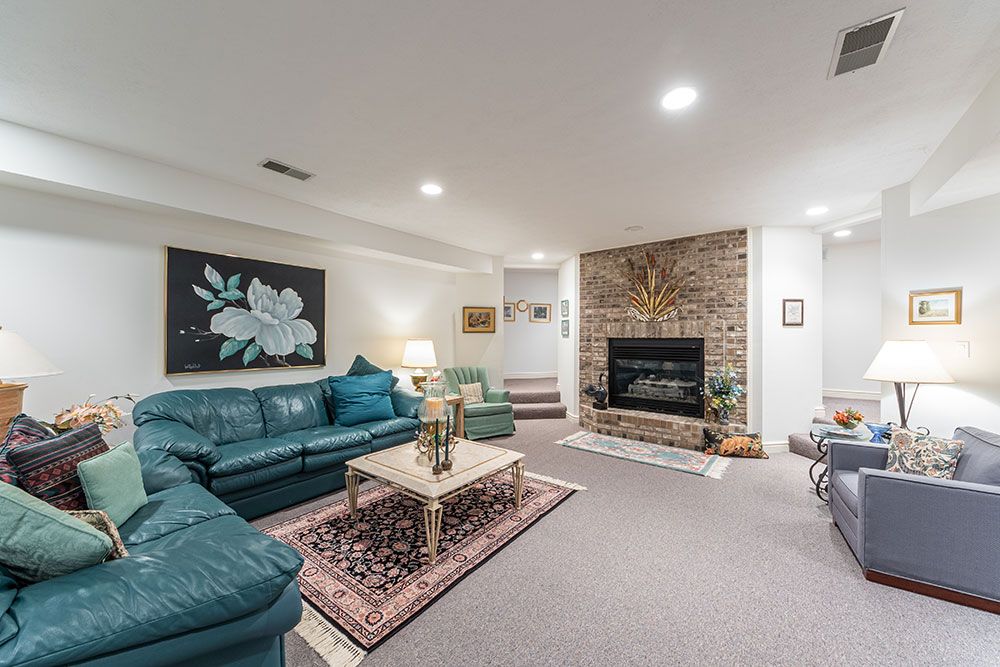 “We had a graduation party and the kids wrote their names in chalk on the wall,” Denove says. “It’s faded away, but 19 years later they still search for their names when they come over.”

All these years later, Denove is still awed they built their dream home in Penn Hills.

“My wife grew up in Penn Hills and we never knew this area existed back here,” he says. “It’s like a private island getaway and still so convenient for shopping and the major highways. We will be sad to go.”