A brewpub in Lawrenceville and a tap room in Emsworth are both great places to fill your growler. 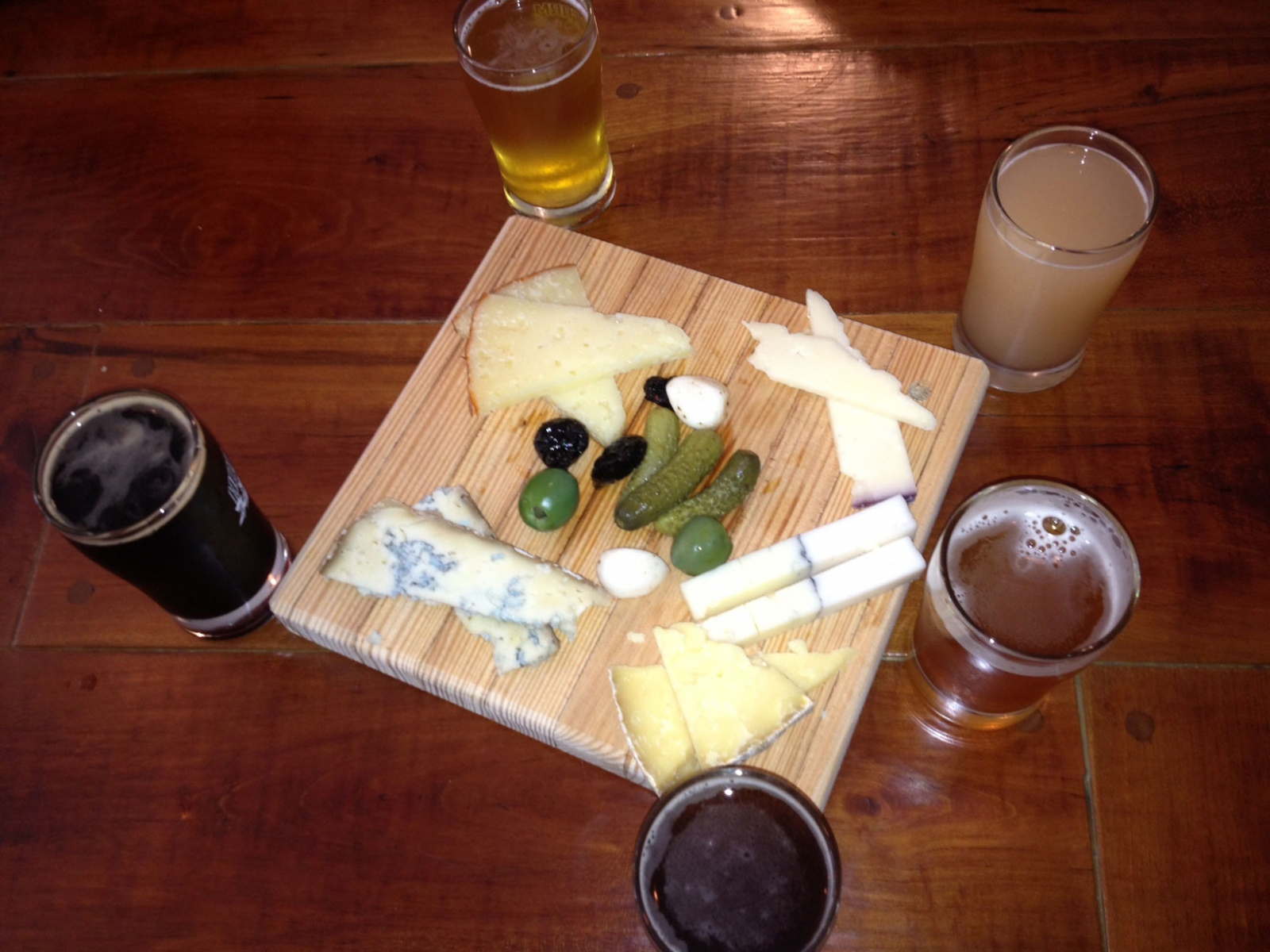 In our October issue, we deployed excellent freelancer Amy Whipple on a beer-finding mission. 2014 has seen a veritable flood of microbreweries and tap rooms arrive around town, and despite our constant pursuit of beer, we needed to play catch-up. We sent Amy to Grist House Brewing, Hitchhiker Brewing Co., ShuBrew, The Brew Gentlemen Beer Co. and Roundabout Brewery — and we still left out some folks.

Guess we’ll just have to go get some more beer, then.

Hike past Allegheny Cemetery and you’ll arrive at Hop Farm Brewing Co., a one-year-old brewery and one-month old brewpub. Founder Matt Gouwens started homebrewing about 13 years ago; this was no simple garage still, though, as Gouwens eventually opted to plant and cultivate his own hops. A half-acre on his property contains 125 mature plants, and he’s working with other farms to grow his signature plants; while a percentage of Hop Farm’s supply does come from other farms, all the hops used in its beers originate with 250 miles of the brewpub.

At any given time, Hop Farm has five selections on tap (12 is the eventual goal): four of the original creations and (most of the time) a slot reserved for a cider from Arsenal Cider House or a mead from Apis Mead and Winery. Their popular Harvest IPA — a fixture on the drink menu down the road at Cure and discerning beer bars around town — is the must-try brew, but those with a taste for crisper choices will love the Lime Basil Provision (which isn’t lime flavored; lime basil is an herb).

Whatever you get, though, get some cheese with it. Gouwens aims to keep a cheese pairing for every beer on hand, with noted cheesemongers Alix Wiggins of Wheel & Wedge and Carol Pascuzzi of Penn Mac.

A cheese plate to go with your selection is $12; a five-beer flight with cheese pairings is $20. The menu at Hop Farm also includes sausages from DJ's Butcher Block and Butcher on Butler; housemade sauerkraut is in the works. Hop Farm is open Wednesdays and Thursdays from 4:30-10 p.m., Fridays from 4:30-11 p.m. and Saturdays from noon-11 p.m. Look for the brews on tap at the likes of Industry Public House and Bocktown.

Meanwhile in Emsworth, longtime friends Doug Foster and Ryan Bove are cornering a growing market — and making that segment of the population great-tasting beer. Foster was diagnosed with celiac’s disease at age 5, and Bove developed a gluten intolerance during college; while there are more gluten-free food options available than ever before, Bove found that a key product was missing.

The two began experimenting with gluten-free beer recipes in 2011 and conceiving of a potential business in 2012. The result, Aurochs Brewing Company, debuted at this year’s Beers of the ’Burgh fest and opened a tap room on Ohio River Boulevard seven weeks ago.

Gluten in beer originates in the malt used; the vast majority of beers use barley, which results in a gluten-heavy brew. Aurochs replaces barley with millet and quinoa; to their knowledge, they’re one of only four or five breweries in the world using the method. And the finished product, while distinct in flavor, doesn’t seem any different than any other carefully-conceived craft beer. I sampled their white ale, which was crisp, drinkable and refreshing; currrently, they rotate between five varieties: the white, an amber, a brown ale, a pale ale and a porter.

Because of potential cross-contamination concerns, Aurochs’ offerings aren’t available at any bars. “The trust of those [who] are gluten-free is of the utmost importance to us,” Foster says; without dedicated taps, Aurochs can’t be sure that no gluten is making it into a pint glass. So you’ll have to drop by to pick up a growler of their stuff, and you’ll have to time it right; while Aurochs opens its doors from 4-8 p.m. Thursdays and Fridays and noon-6 p.m. Saturdays, they almost always sell out long before the end of Saturday’s shift (and occasionally as early as Friday evening).

They plan to triple their capacity next month and dramatically increase it next year; in the meantime, we’d recommend dropping by on a Thursday. And lest you think these are just for those looking to avoid the gluten, I can testify: Aurochs makes a tasty beer. “We’ve had enough feedback to . . . be confident and proud that our beers can stand on their own,” Foster says. Darn right.

So it’s a fine time to be a beer lover. If you don’t have a full growler in your fridge, make a beer run now. Clearly you have plenty of options.