Our editors selected this Victorian-inspired home, with traditional design and green innovation, for the 2012 Home of the Year honor. 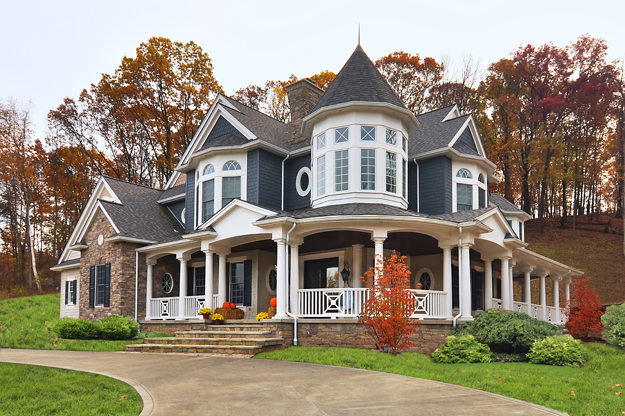 Jonathan and Shelly Iams spent more than three years creating their 8,500-square-foot dream home in the Lake MacLeod neighborhood of Gibsonia, which they share with their 4-year old son, Benjamin; 2-year-old daughter, Emily; and their Airedale Terrier, Arthur.

“One of the goals of our project was to develop a home that would have all of the character and style of a traditional older house with the infusion of highly sustainable green design concepts,” says Jonathan, owner of Iams Consulting, LLC in South Side. “We both liked the style of older Victorian houses with the wrap-around porches and distinct architectural features.”

“We wanted something that looked different from all of the other new-construction homes in our area. There are very few Victorian-style homes in the suburbs. I couldn’t see our family in a very ornate Victorian home but I love the big wrap-around porch, the turret on the front and the fact that we could put some color on the outside of the home,” says Shelly, a physician assistant.

While looking at hundreds of blueprints online, the Iams found a custom plan by Seattle-based CornerStone Designs, which has a niche for designing Victorian-style homes.

“The plan had many of the features that we were interested in — such as the wrap-around porch, turret and center rotunda — so we decided to use the plans as a starting point,” says Jonathan. 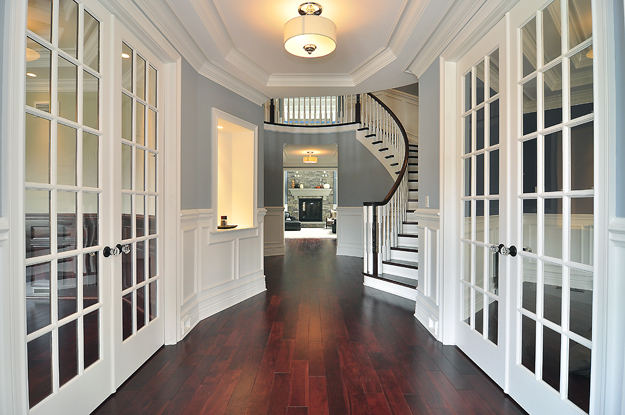 They bought their property from a private owner in October 2008 and spent most of the following year designing their home before they interviewed builders. The Iams selected Primrose Homes, based on the quality of other Primrose projects they’d toured. They broke ground on the high-side sloping lot in December 2009 and finished the build in March 2011.

“We enjoyed working with Primrose — Jeff [Martin] and his team had a very positive and enthusiastic outlook on our project,” says Jonathan. Martin is the president of Primrose Homes, a design/build company that constructs throughout western Pennsylvania.

“We do everything from large renovation projects to high-end office build-outs,” says Martin. “And when it comes to residential jobs, we don’t build houses — we build homes.”

Primrose Homes is committed to delivering a great value to its clients by providing a highly professional team that operates under one directive: Build a home as if it were for your own family.

“We provide infinite design possibilities and keep costs controlled,” explains Martin. Primrose Homes — recipient of both the 2011 Housing Excellence Awards for Best Single-Family Home Over $1 Million and Best Single Family Green Home Over $500,000 — has a professional staff that researches the most cost-effective materials, including a client relationship coordinator to interpret and develop the individual style of each owner. 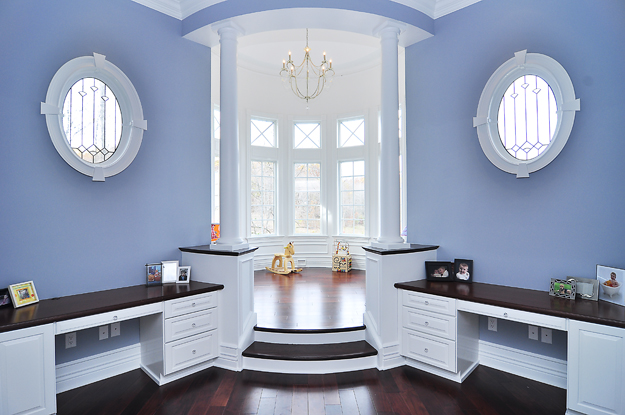 Superior Interior
The Iams were very involved with the design of their home. Jonathan’s firm specializes in the design of green mechanical, electrical, plumbing, fire protection and communications systems for high-end residential, multifamily, retail, university and commercial projects — so naturally, he designed the systems for his own home. “Jonathan redesigned the interior floor plan, but we stayed very true to the exterior elevations and original architecture,” explains Martin. The interior trim details were developed in large part by Primrose Homes and its trim carpenters, while the cabinet designs were handled by Heart of the Home Designs. Bernini and Sons designed custom fireplace surrounds to model those found in older Victorian homes.

“Meeting the project energy construction was by far the most challenging part of the project. Iams Consulting, LLC did a masterful job, leaving no detail to chance,” says Martin.

The home is designed with a high-efficiency geothermal heating and cooling system, geothermal domestic hot water, geothermal derived radiant floors, high-efficiency plumbing fixtures and PEX piping systems, LED lighting, Lutron Homeworks lighting controls, and a Creston home automation system. “We were able to achieve a HERS (Home Energy Rating System) score of 50 — this is the best score we’ve ever achieved,” explains Martin. That score indicates that the house is 50 percent better than code for energy efficiency. 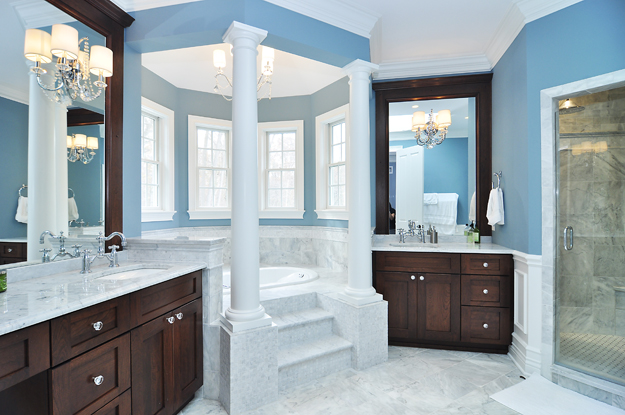 True-to-Form Victorian Style
The Victorian era was characterized by ornate trim details with eclectic touches. Martin researched what would be appropriate for the period and tried to incorporate as many true-to-form components as possible.

“You can’t just apply standard builder trim details to any of our projects — but especially not to the Iams’ house,” says Martin. A very complex structural perspective contributed to the development of the house’s many interesting architectural features. In the center of the home is a two-story rotunda, 16 feet in diameter; it has round stairs, railings, a circular balcony hallway and a domed ceiling with backlit windows, while all the rooms on each level feed off of it.

Martin points out that Pete and Melissa Blackwood of Blackwood & Associates created the interior design and landscaping, while the painting was executed by Painting by Wayne. “We worked with Melissa to create the color palette for the home, which is different shades of gray and blue — cool and calming, with white wainscoting throughout,” he says.

During the design process, the Iams made modifications so that their home would better suit their lifestyle. A few changes included: altering the kitchen to be more open; changing the media room on the second floor into two guest bedrooms and a bathroom; removing a butler’s pantry and adding a back stair to the master bedroom suite.

“Primrose did a great job managing these aspects in a manner that was consistent with the look we were trying to achieve,” Iams says. “When we step into the foyer, our view is directly through the center of the house to a large stone fireplace — it’s a warm and inviting feeling.”

This article appears in the March 2012 issue of Pittsburgh Magazine.
Categories: Best of Design, From the Magazine, Hot Reads