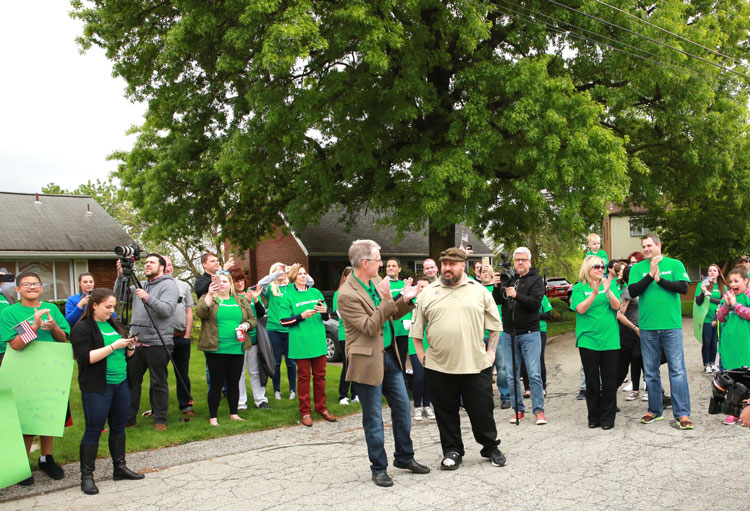 After being wounded in combat, a local solider has a new, mortgage-free, home to call his own.

Citizens Bank, in partnership with the Military Warriors Support Foundation, recently donated the refurbished home in Penn Hills to Army Staff Sgt. Shawn Jones, who retired from the army as a combat engineer in January 2010 after a severe brain injury he received in Afghanistan. Today, Jones, 42, continues to suffer from migraines, vertigo and memory loss.

“We have a long-standing commitment to give back to the communities where we live and work, and the military is part of that,” says Lauren Digeronimo, vice president of media relations for Citizens Financial Group. 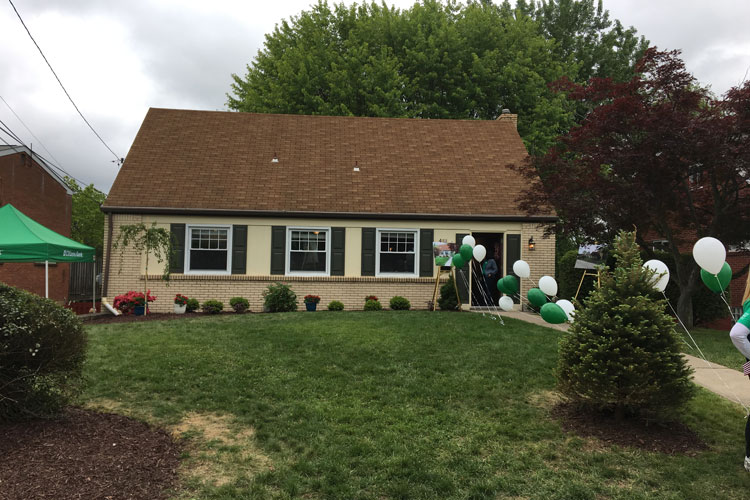 During the May 13 ceremony, representatives from Citizens Bank and MWSF presented Jones with the keys at his new home. More than 60 Citizens colleagues attended the ceremony, many of whom had donated their time and money to the renovation and refurbishment of the home.

“I couldn’t believe it,” Jones says. “I’m still kind of in shock. Even though I’ve lived here now a little over a week, it just doesn’t seem real.”
​
Digeronimo says the bank partnered with Giant Eagle to raise about $11,000 for special gifts for the home, including appliances, gardening tools and sports memorabilia.
​
MWSF is responsible for selecting a recipient each year, with the main objective to help veterans make a new home — and life — for themselves after the military.
Jones filled out an application for the home through MWSF. He was contacted and awarded the home just two weeks later.

“The donation of this property by Citizens Bank advances our efforts to provide support to our nation’s heroes as they transition out of the military and into their new civilian life,” says Kathy Feeney, executive advisor for MWSF, in a news release. “Thanks to the contributions of partners like Citizens Bank, we are changing lives for the better, not just for members of our armed services and their families, but for generations that follow.” 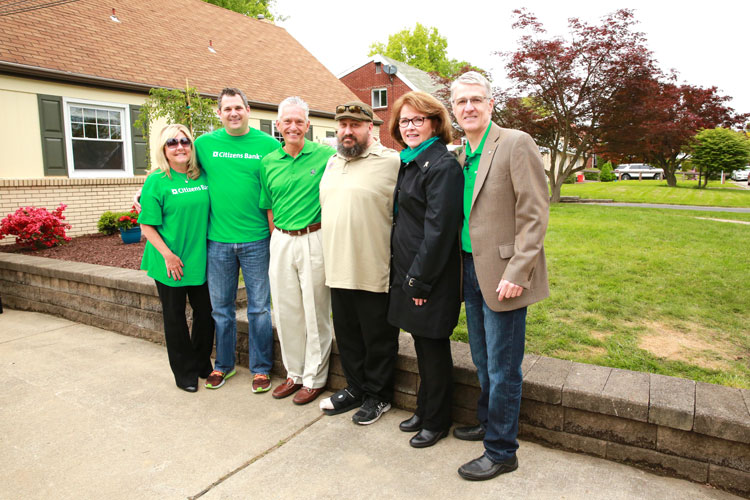 Digeronimo says that for herself and Citizens Bank employees, who have donated three homes in three different states thus far, it is an honor to contribute to the community in such an impactful way.

“[I’ve] been at every giveaway and it’s truly, truly an emotional experience in a lot of ways,” she says. “The individuals who are receiving these homes are heroes. It’s really moving and really rewarding to see how much this home is going to mean to somebody to build and rebuild their lives.”

Jones says receiving his new home is truly life-changing, both for his present and beyond.

“By awarding me this house, my life becomes more stable,” he says. “I have a place to call my own, where I can plant roots and raise a family.”

This article appears in the May 2017 issue of Nest.
Categories: Nest