With its European-style bedding and more, Feathers in Shadyside combines luxury and living. 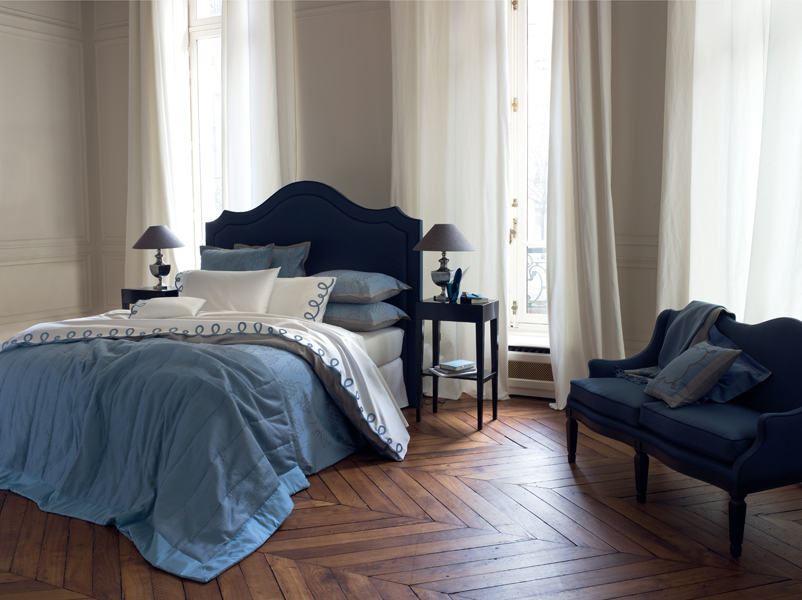 Nestle into this bed made up of Italics blue applique on white cotton sateen sheets, duvet covers and shams ($240-$840).

“Over the years, we’ve offered the most luxurious bedding products available anywhere,” says Jeff Mulert at Feathers. Mulert and his staff are able to create couture bedding fashions, and can recreate other ensembles that may look and feel more expensive (but don’t share the same pricetag). For nearly 30 years, he has carried Scandia Down products, a European concept featuring a down comforter wrapped in a duvet cover. 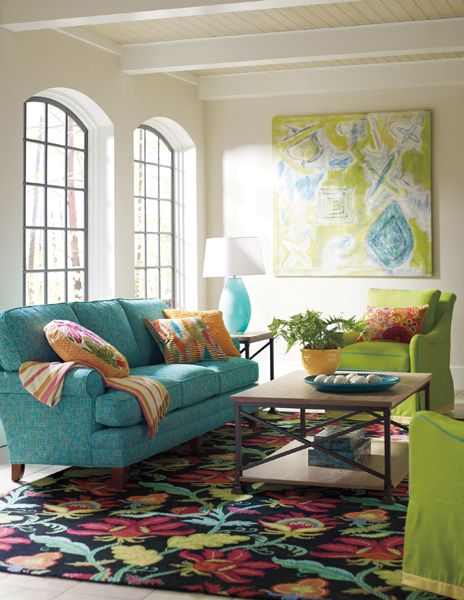 “The beds are stylized with large European square pillows against the headboard and the sleep pillows and smaller pillows in front, while the sheets are turned down at the top for an inviting, open-bed concept,” he explains.

Since 1984, Feathers has expanded its offerings to include bath and table linens, plus robes and sleepwear. Most recently, rugs and upholstered furniture were added. 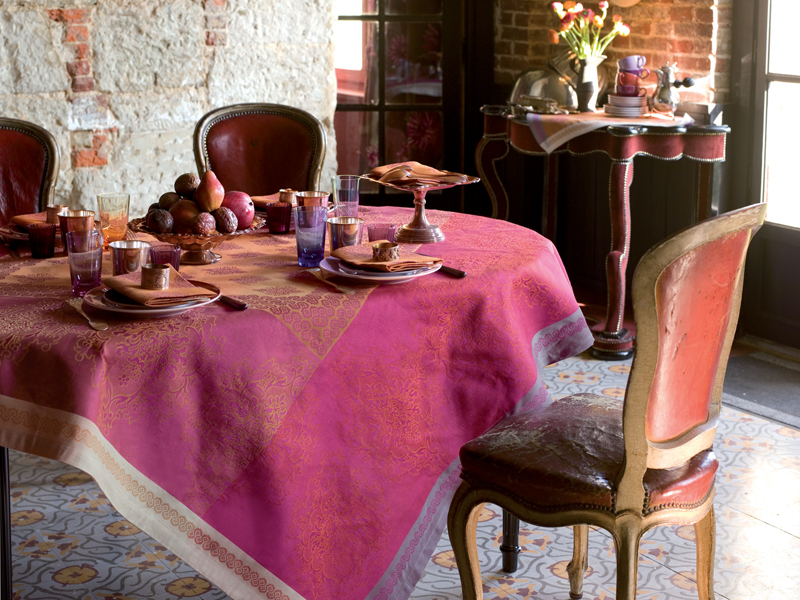 For many years, Mulert’s customers would comment on the linen wrinkling. He says the fabric wasn’t as popular in Pittsburgh as it was in the South (and in major cities); however, the shift is taking place now, primarily because cotton wrinkles, too, and the comfort benefits of linen — such as wicking moisture and breathability — are being recognized.

In the end, though, a customer must trust his or her own instinct regarding bed, bath and table linen, as Mulert points out that they’re going to be the one using it. 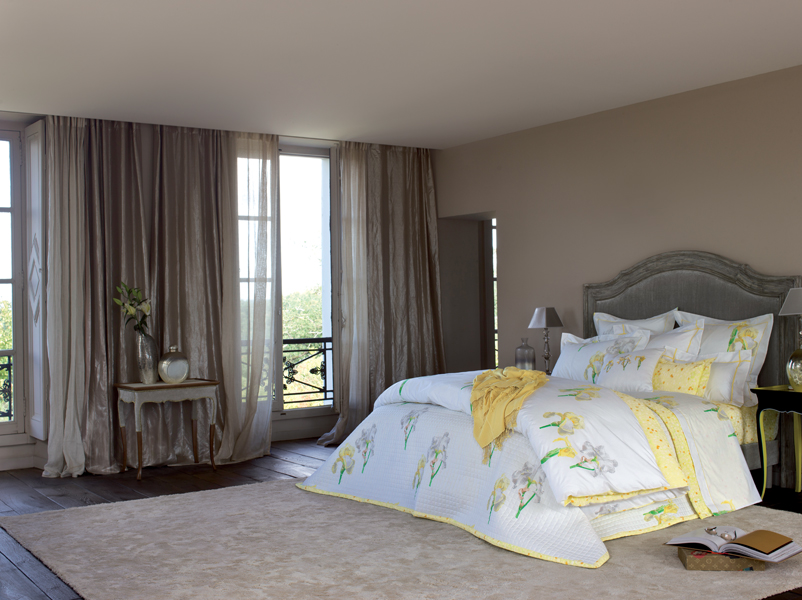 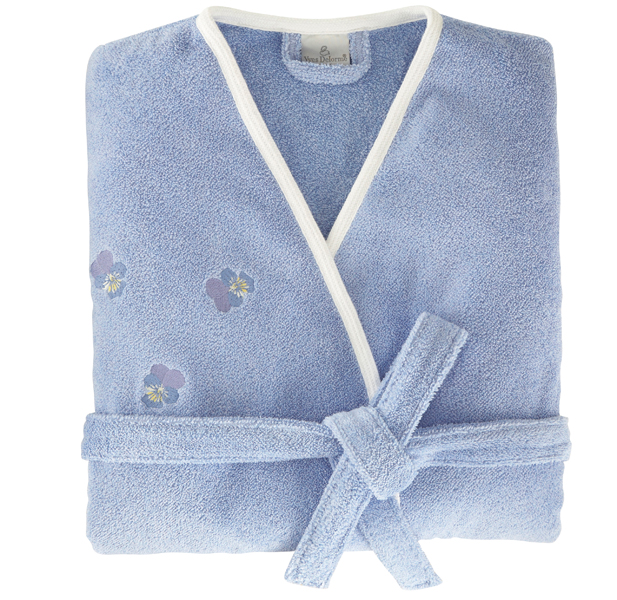 Lolableu bathrobe ($220), made of Egyptian cotton.

This article appears in the May 2013 issue of Pittsburgh Magazine.
Categories: Style