Bonita Farinelli dresses up the world around her, sometimes with clothes and sometimes in other people’s homes or businesses. 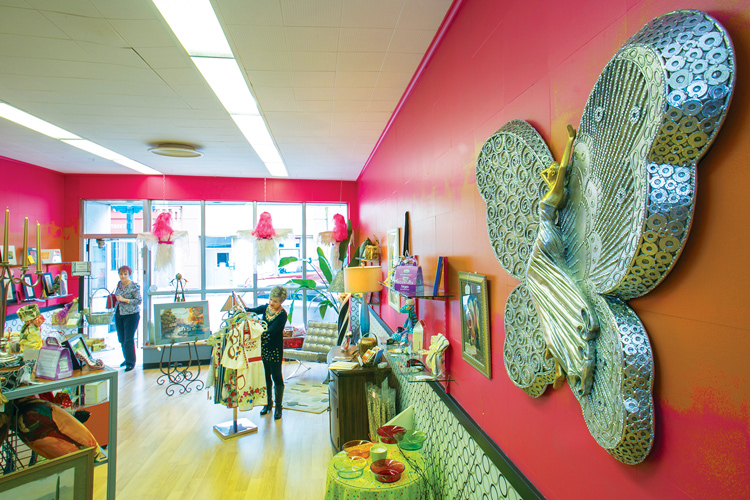 If you’ve ever admired the sunset-evoking tile on the walls of the former Wine Loft at the SouthSide Works or the industrial elegance to the design of new restaurant One Thirty One East in Carnegie, you have Bonita Farinelli to thank.

The owner of Eccentricity Designs in Carnegie says she has been creative for as long as she can remember. Her grandmother put her at the controls of a sewing machine at age 3 and she was designing clothes by the time she was 12. Later, she realized she could do more with a whole room than she could with one dress. She also was the first girl in her high school’s mechanical drafting class, where she developed the skill that has helped her to understand the depth perception of interior design.

Eccentricity Designs is a boutique gift shop as well as a design studio, and Farinelli, who has owned a business in the field for 14 years, works on commercial and residential properties. 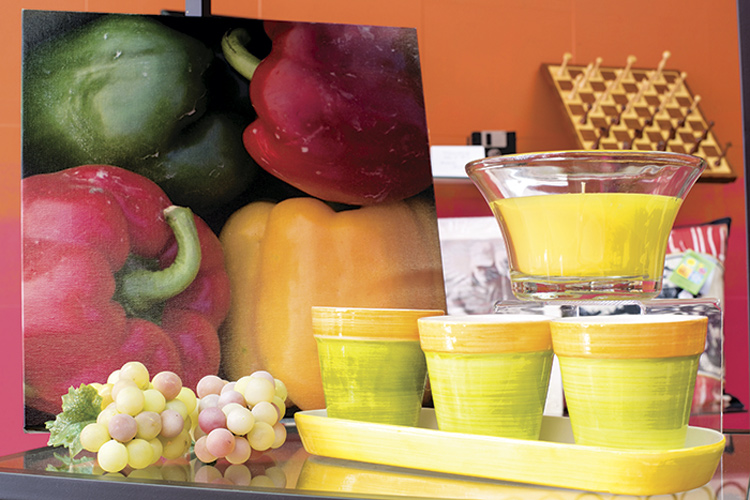 “I never wanted to do just one,” she says. “They’re so different in the realm of design work.”

Her services range from upholstery to framing to color consulting to entire remodels.

She opened the gift shop because she says she noticed an absence of retail spaces in the revitalized town, where she lives as well as operates her business. She wanted to provide a space for artists who might not have an entire store of their own. Her products include soap made from goat’s milk in Butler County, paintings from local artists and items from vendors across the country. There’s also a lamp, pillows and a few other pieces she made herself.

“I have a drive about me, a passion about me, and I love what I do,” she says. “I can’t see myself ever retiring.”

This article appears in the December 2014 issue of Pittsburgh Magazine.
Categories: HOME + Design