Nearly 15 years ago, Amanda Cianella was a student majoring in photography and art history at Edinboro University when she took a side job at a local framing shop — and a career was born.

“When I graduated, I realized I really just like working in framing,” she says. “I love being creative and working with my hands.”

“He wanted to branch out and open something [in Pittsburgh]. It was perfect timing,” Cianella says. “I wanted to open something, but I needed someone to give me a push.” 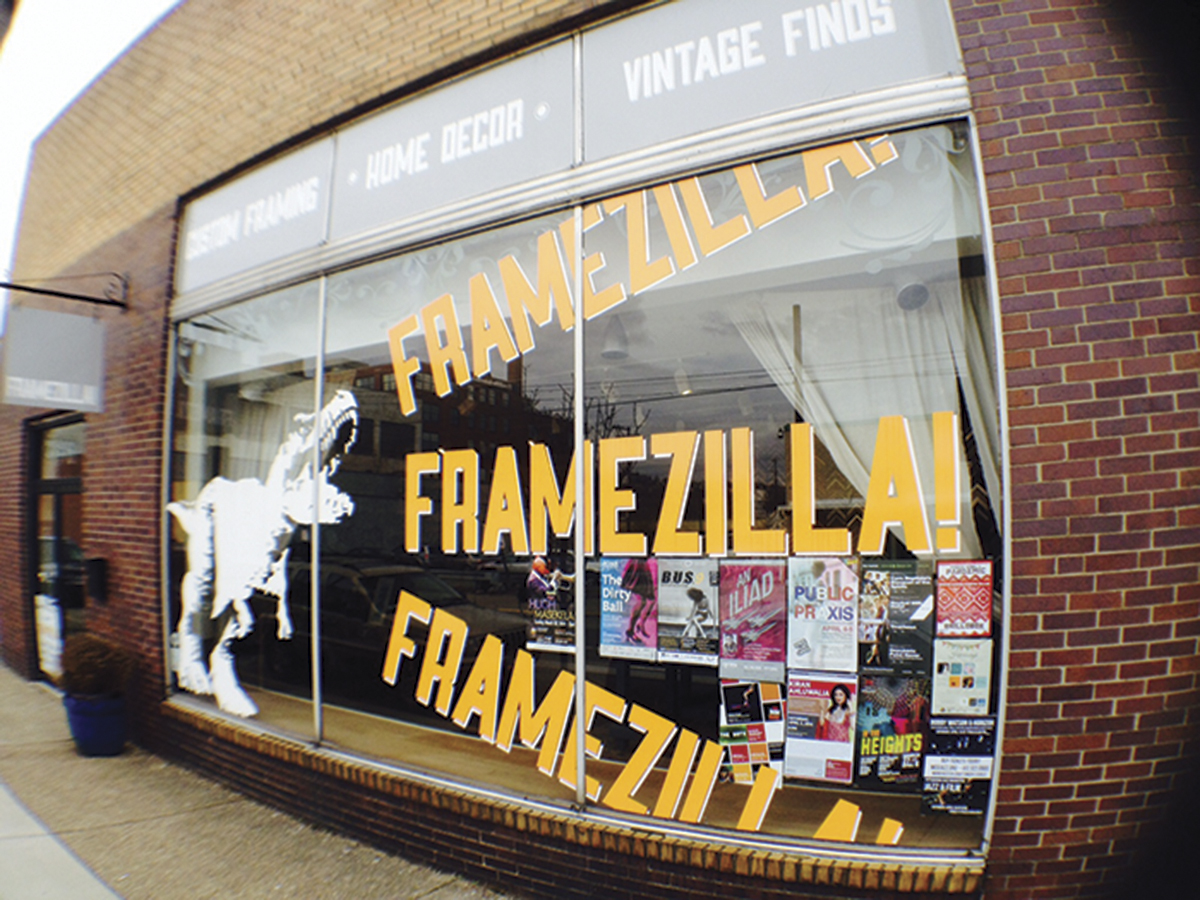 By 2011, Cianella had bought out Parker’s share of the business and rechristened it Framezilla — the name she says she always wanted for the shop.

“I felt like it really described what we wanted to do as a frame shop,” she says. “I think a lot of frame shops are really the same. [But] we stay up with the trends and the newest, freshest ideas. You can come here and find moldings not found anywhere else [in Pittsburgh].”

Cianella, who employs two artists at the shop, works directly with clients to choose the design and color for in-house custom framing.

In addition to artwork and photography, Cianella frames mirrors, chalkboards and a variety of three-dimensional objects. Framezilla also does large-scale commercial projects, including framing more than 1,000 pieces of artwork for the new Tower at PNC Plaza, downtown.

Cianella says the staff loves to take on what she describes as the “oddball” projects, including building a custom wooden stand to hold a customer’s bedazzled New Orleans-style trumpet. Framezilla also has created frames out of vintage windows, shutters and other found objects.

“Framing can be very personal,” Cianella says. “You can get creative with it. We get to know our customers really, really well, and that’s my favorite part.”

This article appears in the April 2015 issue of Pittsburgh Magazine.
Categories: HOME + Design