Holidays Past Come to Life at Heinz History Center

The museum plans to kick off the season with a little nostalgia in its first exhibit devoted entirely to Christmas. 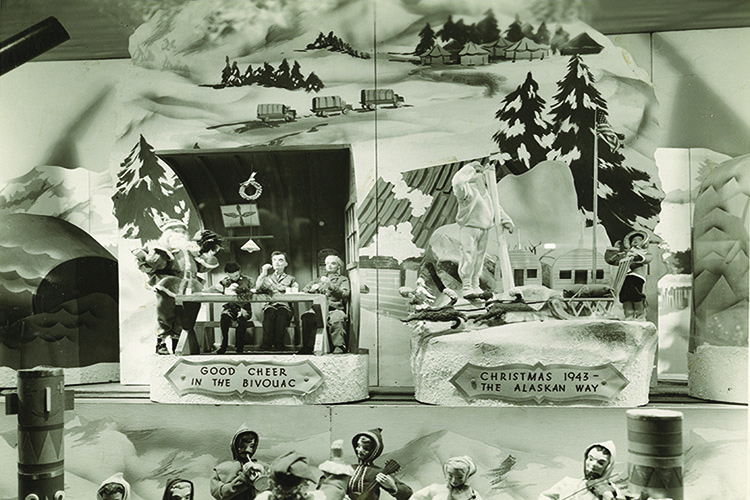 Walk down memory lane, past those magical Macy’s windows and directly into Santaland as the Heinz History Center displays the best of Pittsburgh holidays gone by.

“A Very Merry Pittsburgh,” which runs through Jan. 15, will take visitors back through the decades to remember how they may have spent holidays in their youth: Visiting Downtown, attending a show in the Cultural District, listening to Christmas music, playing with toys from different eras and lots more.

“When Macy’s closed two years ago, it really left a gap — it was a family tradition every year to go see the Christmas windows,” says Heinz History Center Director of Marketing & Communications Brady Smith.
The History Center acquired many of the holiday items when the department store, which took over Kaufmann’s in 2006, closed in 2015. (Among them were Santa’s throne, the Santaland mailbox for letters to Kris Kringle and decorations from the famous window displays.)

“We did a temporary display, but in the back of everybody’s minds we were thinking it’d be great to do [an exhibit] around the holidays,” Smith says. “When something is cherished in Pittsburgh and it leaves, people notice … and it becomes even more important.”

Michael Dubois, the History Center’s Design Director, Exhibits and Creative Services, says it would be nearly impossible to re-create the actual window scenes, but various pieces from the windows and Santaland — including Cinderella figurines and giant Santa and Mrs. Claus Christmas bulbs — will be on display.

A cobblestone street and streetlights will snake their way past the windows, making you feel as though you’re walking down a lane from yesteryear to view the displays. 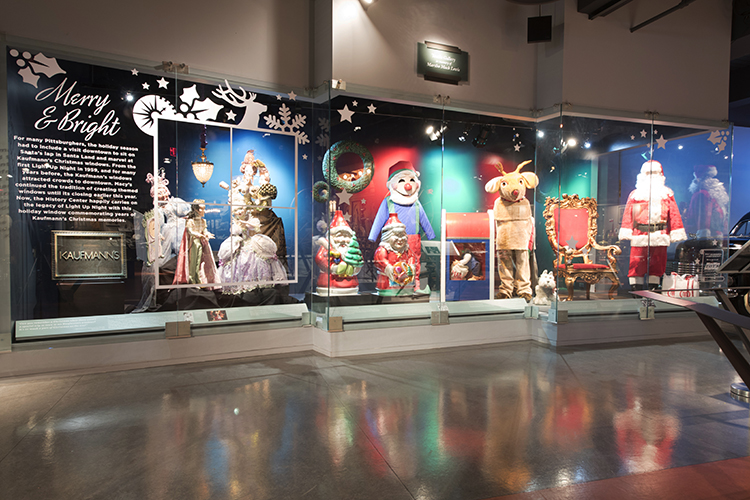 You’ll enter the exhibit through the History Center’s lobby in what Dubois calls “The History Center’s holiday card to Pittsburgh.” The entranceway will be decorated to the nines with giant, 4-foot diameter Christmas ornaments, snowflakes and the sounds of Christmas (including Pittsburgh performers such as Perry Como) filling the air.
Next is the Downtown Experience, with items from the Macy’s windows as well as from other beloved former department stores, such as Horne’s. Original costumes and pieces from the floats in the annual Macy’s Holiday Parade will be on display as well.

Dubois says a nod to the Cultural District was in order given the size of Pittsburgh’s arts scene and the number of local holiday productions. A mini theater will highlight popular favorites including local actors and musicians as well as holiday photos from the History Center’s collection.

“We have a huge archive here,” Dubois says, noting this exhibit allowed him the creativity to showcase anything holiday-related. 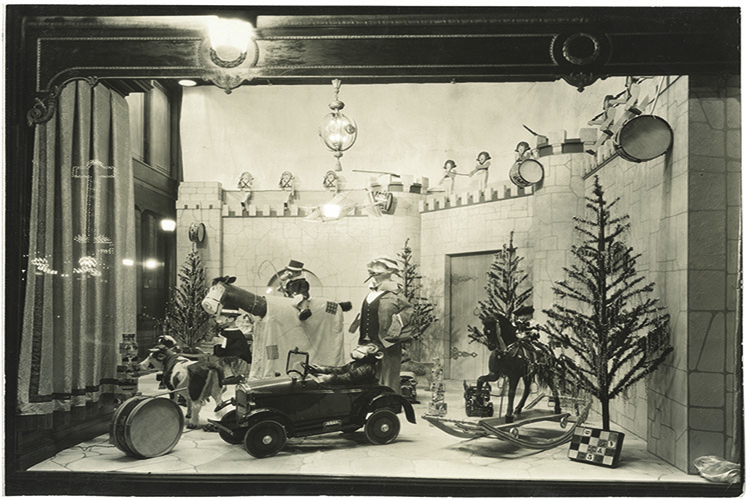 For the next section, Santaland, History Center employees loaned favorite toys from their childhood for a display featuring a 1950s Jeep hauling a Christmas tree and presents home.

“It basically covers from WWII to 2000s, and it highlights the toys that each generation might have wanted,” Dubois says. “It’s going to have all of the toys from different decades … Play Doh or Barbie, or the ones that are timeless.”

Those presents will be on display in glass boxes, but around the corner, toys are available for play.

“That’ll probably be the most popular part for the kids while the parents go look at the holiday history,” Dubois says.

Finally, a diorama created by Joseph Creaj, who grew up in Pittsburgh, will include elements of the city in an incredibly detailed display based on Creaj’s childhood memories.

“It’s like living in a train set, in a way,” Dubois says. “It’s a neat, interesting look at what a kid thinks of Pittsburgh. It’s a wonderful piece.”

No holiday experience would be complete without the head of the elves himself, and Santa will be on hand from 11 a.m. to 2 p.m. daily through Christmas Eve, sitting on a replica of his original chair from Kaufmann’s for parents to take pictures.

On Saturdays and Sundays, one of the original Santas from Macy’s and Kaufmann’s, John Suhr, will take over the throne.

“To have him here, in this setting, it’s gonna be big,” Smith says.

Dubois expects that visitors, especially those who typically bring family to the History Center around the holidays, will love revisiting their childhood memories.

“I think it will be a very popular exhibit,” he says. “I love the holidays, so we’re having a lot of fun with this.

“It’s a way to get in the holiday spirit and reminisce with your family.”