With Gullifty’s and Lucci’s Pizza shuttered, the Squirrel Hill of 10 years ago is no more. But other longtime staples combined with a few newcomers make a trip to the neighborhood as worthwhile as ever. 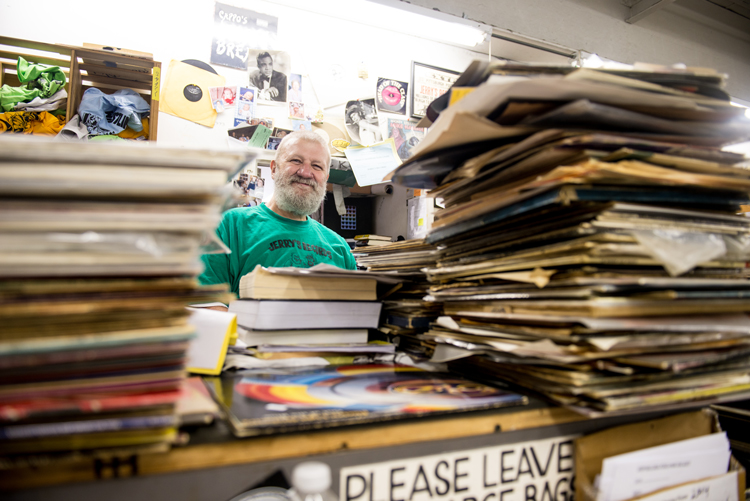 It’s important to shop local, so visit the independent Games Unlimited Inc. [2115 Murray Ave.], which sells a wide selection of board games and jigsaw puzzles.

Another Squirrel Hill mainstay is Jerry’s Records [2136 Murray Ave.]. Visit Jerry’s son, Willie, across the hall to browse his collection of more than 50,000 78 rpm records — a speed mostly manufactured from the early 1900s through the 1950s — for sale at Whistlin’ Willies 78 Shop.

Continue shopping at Ten Thousand Villages [5824 Forbes Ave.], which sells Fair Trade items from all over the world. It’s the only location for the business on the western side of the state.

Standing out among Squirrel Hill’s many coffee shops is 61C Cafe [1839 Murray Ave.]. Named for the route of the Port Authority bus that runs by regularly, the establishment sells a variety of pastries and offers a cozy outdoor seating area.

The rivalry between institutions Aiello’s Pizza [2112 Murray Ave.] and Mineo’s Pizza House [2128 Murray Ave.] goes on, despite the closing of Lucci’s. The arrival of Mandy’s Pizza [1900 Murray Ave.], in Lucci’s former spot, though, may shake things up. Mandy’s offers allergen-free, gluten-free and vegan choices. Mineo’s is staying competitive, recently adding a bar with open-air seating and 12 brews on tap.

Another late-night option and new addition is The Independent Brewing Co. [1704 Shady Ave.]. Beer offerings are brewed within 100 miles of the bar. 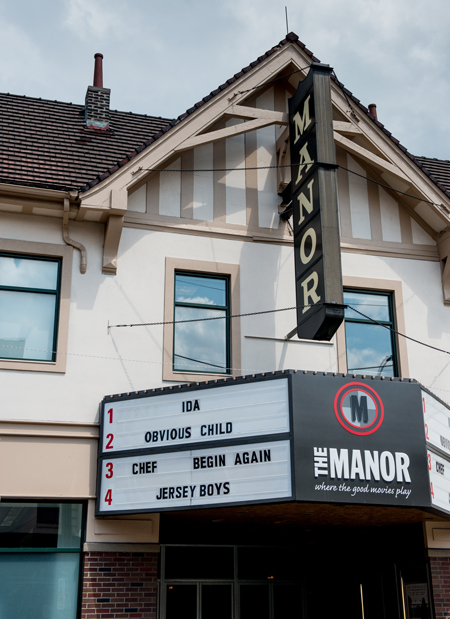 Flicks Fun: Manor Theatre [1729 Murray Ave.] has a newly renovated lobby complete with a gourmet snack shop: Instead of popcorn and candy, try artichoke-asiago dip with pita chips and a piece of Enrico’s biscotti.

Faraway Flavors: One of many neighborhood spots to enjoy exotic food is Silk Elephant [1712 Murray Ave.], a Thai tapas and wine bar with an extensive menu. We’d be remiss for not suggesting another gem: Everyday Noodles [5875 Forbes Ave.], one of our 2014 Best Restaurants, is known for its Taiwanese noodles and dumplings.

This article appears in the August 2014 issue of Pittsburgh Magazine.