Hip to Ship: Catching Up On The Cargo Lofts

Developer Kris Bennett has three luxury town homes — made of a material you may not expect — nearing completion in Lawrenceville. 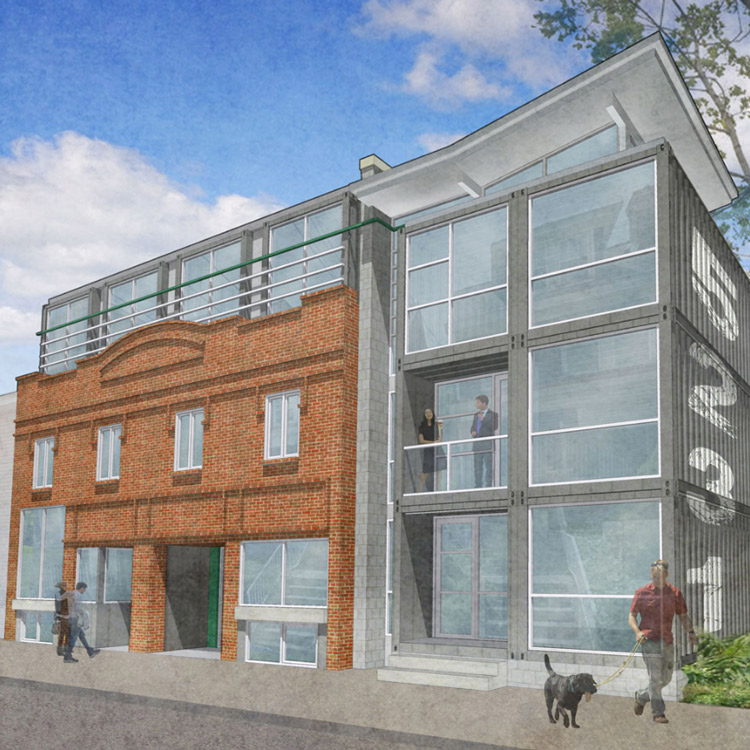 Just when you think Lawrenceville couldn’t get any hipper, a trendy new living space — including a townhouse made entirely of shipping containers — is opening in the area.

While two of the side-by-side townhouses on Duncan Street in Upper Lawrenceville will feature shipping containers as the third level of the homes, the third unit is being built using only the storage units.

Bennett says the top level of each unit will feature the containers as roof-level entertainment spaces and include a rooftop pool and wet bar, plus a view of Downtown. Architect Peter Margittai is designing the lofts.

“I’ve always wanted to do a warehouse to residential conversion,” says Bennett, who recently starred in an hour-long pilot episode of HGTV’s Steel City Rehab, a reality series profiling his company’s renovation projects. “We had been seeing a lot of shipping container houses online, and we thought why not kind of mesh the two ideas.”

Shipping container homes have been gaining in popularity in recent years as sustainable architecture, according to Bennett.

The former professional BMX rider, whose wife, Tara, handles the company’s designs, says he purchased the one-time auto-body shop with an eye to converting it in 2014. 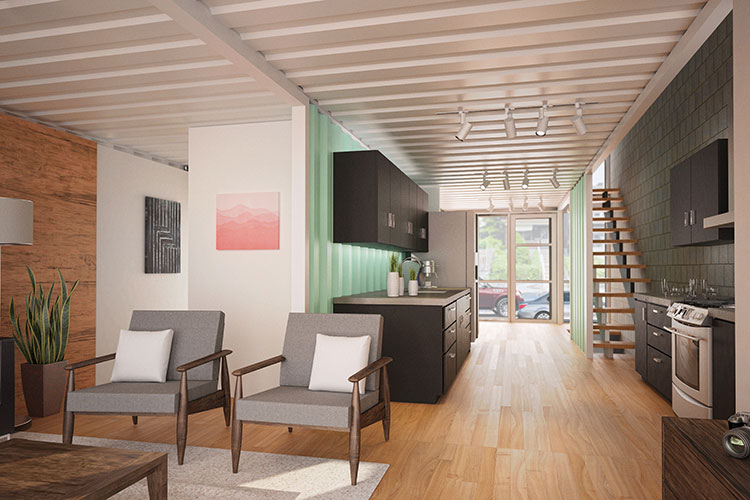 After months of cutting through what Bennett describes as “red tape,” including getting the property rezoned and approval to add sewer and water lines, construction began on the property last summer.

He estimates the warehouse townhouses currently are about 70 percent complete.

“We hope to finish by fall, and {we’re} hoping to have them on the market before any snow flies,” he says.

In keeping with the building’s industrial history, each of the open-concept spaces feature brick walls, exposed ductwork and concrete walls.

The three-bedroom, three-level townhouses, which Bennett plans to list for $599,000 each, feature roughly 2,000 square feet of living space and 2.5 bathrooms. They also have a garage.

He hasn’t determined a price yet for the yet-to-be-built 2,200-square-foot shipping container home, which also will house three bedrooms and a two-car garage.

To learn more about The Cargo Lofts, visit here.

This article appears in the July 2017 issue of Nest.
Categories: Nest