The Station Square venue could be a good place to see a concert. It's not there yet. 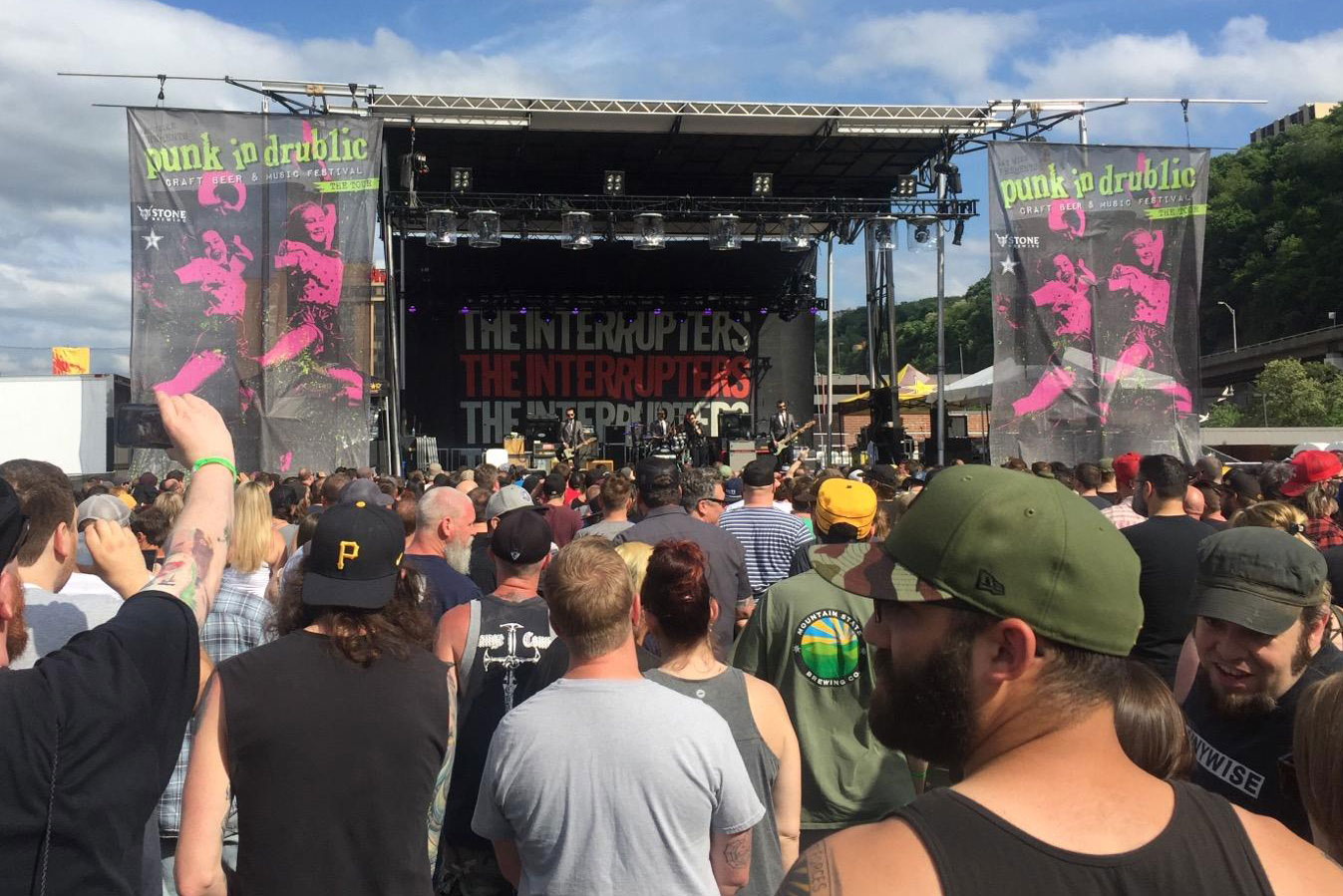 The patch of land beyond the Sheraton at Station Square can’t seem to stay away from live music.

In 1989, an amphitheater opened atop the concrete of the South Shore. It would grow (slightly), be renamed (repeatedly) and remodeled (even more slightly) over the years, but it was always a bit of a mixed bag, as venues go: Great location, rough circumstances. Passing trains drowned out the noise of quieter acts; louder acts rankled neighboring businesses — and, according to a front-page Post-Gazette story in 2000 (on what must have been a remarkably slow news day), infuriated owners of prime Mount Washington real estate, who complained of a persistent blaring din.

The venue ceased full-time operation in 2003 and sputtered along with periodic events until 2009, when it was formally demolished — not much of a process, as the permanent structures were limited to a stage and a rather large tent — to make way for Highmark Stadium, the soccer-focused venue that stands near the site of the former amphitheater.

As the home of the Pittsburgh Riverhounds, Highmark Stadium is amenable and charming, with great views of the city skyline and just enough Euro charm. (The trains do still roar by, but you can’t have it all.) For a few years, soccer was the focus, with other events few and far between; in fits and starts, however, Highmark Stadium has opened its gates for concerts and other events.

This Sunday, the Punk in Drublic tour — part punk-rock concert, part beer-tasting festival — came through Pittsburgh, setting up shop on the field of Highmark Stadium. There was a bit of synchronicity in the venue, as the frontman for ska act the Mad Caddies noted; 20 years prior, they had played a Vans Warped Tour at the then-I.C. Light Amphitheatre on the same spot.

The show was great. Punk in Drublic is one of several recent attempts to create a Warped alternative for the 30-something set, with punk acts from the 1980s and ’90s (in this case, festival organizers NOFX and Bad Religion) selecting a few quality newer outfits (The Interrupters, Bad Cop Bad Cop) and offering amenities more alluring to the 21+ set — like, say, four hours of beer tasting featuring local and national microbreweries.

There was only one big problem: Highmark Stadium seems to have no idea what it’s doing.

Drusky Entertainment, who promoted the show locally, reported an attendance of more than 6,000 people for the show, a tally that venue staff and security seemed utterly unprepared to reckon with. The vast majority of concertgoers were funneled to one entrance on the far side of the stadium (one other entry admitted only those holding VIP tickets). The line for admittance stretched nearly to the West End Bridge, with wait times of nearly an hour reported; a rumor spread that the venue had opened the doors with only two people working to check IDs, and the staff had to scramble to add more when the line began to stack. (Take that as the hearsay which it is, although I can’t swear I saw more than two people investigating licenses when I arrived, either.)

Inside, there was more calamity. The only palpable advantage to the unsightly tent covering the old amphitheater was shade; you might have baked on the concrete at the old amphitheatre, but a sunburn was not in the cards. On Sunday, forecasted cloud cover unexpectedly cleared early in the day, leaving fans who were in search of a bit of shade scurrying under the bleachers for a moment of respite. Those familiar with Highmark Stadium might’ve looked to the venue’s sizable indoor bar for a break; if they had, they would’ve found it inexplicably closed, with hand-written signs reading “Staff Only” taped to the doors.

To be clear, I’m not suggesting that Highmark Stadium erect an ugly tent; the open-air nature of the new venue is one of its strengths. But a venue that hosts all-day, outdoor events needs to have a way to get people under cover from time to time — and definitely should not be closing its only indoor section for no clear reason.

The worst touch, by far, was the entry point to the field itself, which was host to both the beer tents and the stage. Unless you were one of a few hundred fans who had indulged in VIP tickets, you were forced to enter the field through an unmanned gate about 3 feet wide — in other words, big enough for one person at a time. A constant disgruntled mob crowded around this spot at almost all times.

If you tried to circumvent this pinch point by picking your way across the bleachers to the near end of the stadium, you would go a long way only to be informed that you were now approaching VIP territory and should turn back — information that was not available to you when you began making your way around the stadium.

Parking, too, was a mess; at one point, someone was dispatched to the Station Square parking garage to beg concertgoers not to park there, fearing that anyone coming down for dinner would find a full garage.

The successes of the day all belonged to Punk in Drublic; the failures all belonged to Highmark Stadium. Perhaps they weren’t expecting a large crowd, but that’s part of running a venue: See how many tickets have sold and figure out how many people you need to keep things running smoothly.

The Stadium could turn out to be a great venue. Its atmosphere, with the city stretching out beyond the pitch and Mount Washington towering above, is undeniable. It’s great to have a place to go for events such as these that doesn’t involve a drive to Burgettstown — and Punk in Drublic won’t be the last such event.

This year's Thrival Music x Arts Festival, previously held at Bakery Square and later in Hazelwood, will be moving to Highmark Stadium this fall. It’s likely that the event will draw an even larger crowd to Station Square. It’ll be a great showcase for the venue and the city — if they figure things out.

They’re going to have to figure things out.