The in-house tavern at the Riverhounds' home stadium is now welcoming guests during weekdays. But is it worth a dedicated stop? 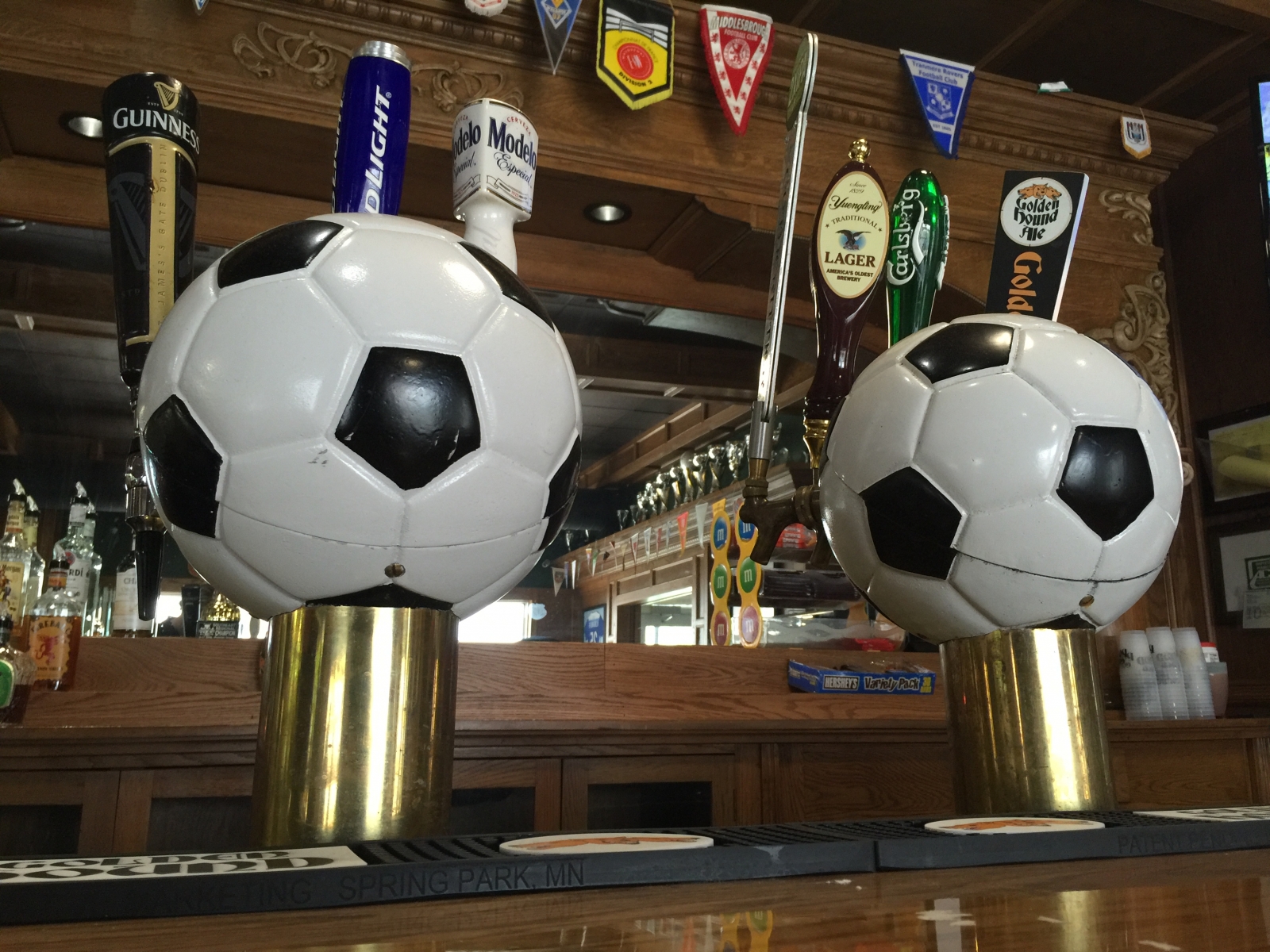 I received an email last week announcing that the Highmark Stadium Pub would now be open daily for a short time; normally open only during games, the pub would be operating on weekday evenings at least through June 13.

The first piece of information that I gleaned from this press release: Something called the Highmark Stadium Pub exists.

As it happens, I haven’t yet had the opportunity to attend a Pittsburgh Riverhounds game, so I was unaware that anything resembling a full bar existed inside the South Shore stadium. And while I should certainly get out to a Hounds match this summer, it’s easy to miss the existence of a bar within the complex; it’s not clearly visible from outside, and I don’t believe I saw so much as a sign announcing its presence within the stadium walls.

My curiosity was piqued, though, so I went in blind. I was hoping for another Piper’s Pub — a European-themed tavern with filling food, imported beer and domestically unpopular sports on the telly.

The good news: I drank a Carlsberg and watched a bicycle race. So those last two points check out.

The bad news: It’s misleading to call this place a pub. What Highmark Stadium can lay claim to is an oddly overachieving concession stand. Tucked inside the Stadium’s west entrance (underneath the luxury boxes), the Stadium Pub offers bar seating, a handful of small tables and outdoor patio seating with a view of the pitch. The bar itself is impressive: an ornate wooden construction that wouldn’t look out of place in an old hotel lobby. Strolling in and grabbing a seat, you could easily be tricked into thinking that you are at an honest, fully-functioning pub.

Until you notice that there are fewer liquor bottles behind the bar than you are likely to find in your own home.

There is decent beer on tap, to be sure. Along with a number of conventional options, I spotted the aforementioned Carlsberg — a fine choice, by the way — as well as Modelo Especial and the stadium’s signature brew, Penn Brewery’s Golden Hound Ale. If you’re looking for somewhere to grab a beer and sit through a few minutes of a Hounds game, the Stadium Pub will suit you.

When it got to the food, though, I ordered wrong. The short menu includes a list of burgers (ranging from $8-12) and a list of snacks ($3-6); I thought I’d sample some appetizers. That’s when the pub was forced to reveal itself as a concession stand: The nachos I ordered were stadium-grade tortilla chips and a cup of cheese, and the chili (while perfectly satisfying) was indistinguishable from something you’d buy at the supermarket and heat up at home.

I might’ve had a better impression had I gone with one of the burgers; there were, at least, a number of varieties. And I skipped the higher end of the snacks, too — the list included loaded steak fries and gouda mac bites — so take my skepticism on the fare with a heavy grain of salt.

But know that when the chili arrived, I was directed to the end of the bar for a spoon. You know, with the ketchup, relish and napkins. Because this is a concession stand.

It’s an odd little place; I’m being sincere when I say that it is a particularly remarkable concession stand. But it’s a concession stand. If you have a reason to be at Highmark Stadium, it’s certainly worth your time to arrive a bit early and grab a good beer at the pub. But I can’t say that this is a destination worth attending on its own.