Dollar Bank is diving into 160 years of records to create a searchable database to share with historians, universities, genealogists and curious descendants of long-gone ancestors. 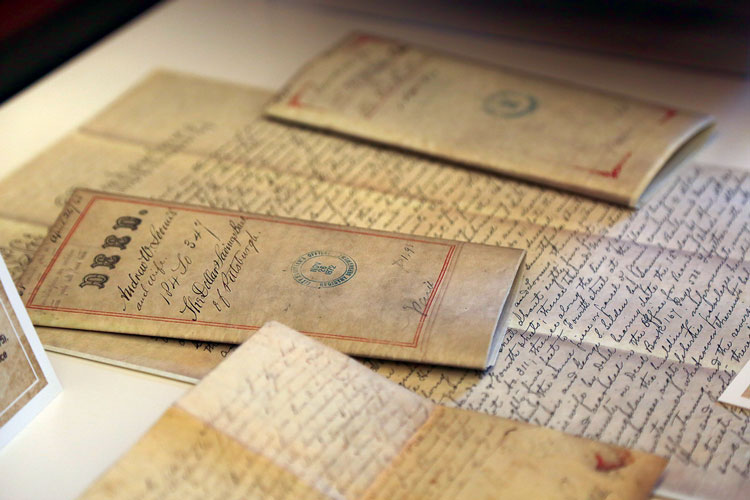 Swathed in layers of bubble wrap, stacks of aging books sat undisturbed for decades until workers at a records-storage facility in Green Tree wondered about their contents. Reluctant to damage the wrapping, they contacted the owner — Dollar Bank — and asked, “What is this stuff?”

So began the years-long, ongoing effort by Dollar Bank to preserve, digitize and eventually open to the public the long-forgotten cache that not only spans the 160-year history of Pittsburgh’s oldest bank but provides countless snapshots of the city’s evolution. Hand-written ledgers — weighing an average of 27 pounds each — reflect accounts opened by more than 240,000 customers between 1855-1929, as well as mortgages and other transactions. The discovery in February 2011 led Dollar Bank to create an archive committee and work with a preservation firm to stabilize, store and index the documents; in 2014, the bank also hired a corporate archivist, Robert Presutti. The goal: a searchable database to share with historians, universities, genealogists and curious descendants of long-gone ancestors.

Nestled within each book are clues about the birth of Pittsburgh families, neighborhoods, businesses and institutions, says Dorothy Spangler, a bank multimedia production specialist and archive committee member. Unlike many of its 19th-century peers, Dollar Bank permitted customers to open accounts with as little as $1 — an attractive option to the poor and immigrant laborers. Early customers included a 15-year-old, Irish-born telegraph messenger, who in 1855 opened an account with $4. Fourteen years later, Henry W. Oliver and his family owned one of the nation’s largest ironworks — and Oliver would become a bank trustee. Dry-goods merchant Joseph Horne was 34 in 1862 when he opened account No. 6000 for his 8-year-old son, Durbin. 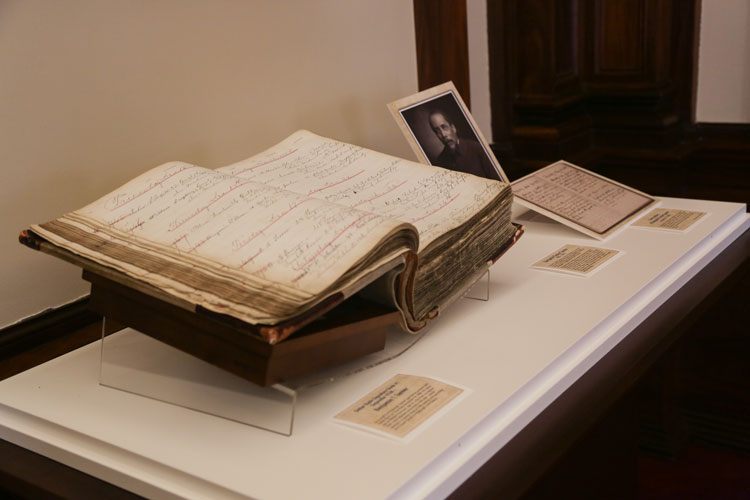 “It’s a whole-people history,” says Spangler, noting how spidery, faded signatures, addresses and occupations reveal waves of immigration from various lands and where those new Pittsburghers settled, worked and assimilated. For example, clusters of Hebrew letters reflect the flight of Jewish families from anti-Semitic pogroms in Europe. “They couldn’t write in any other language,” says Spangler. “Eventually [immigrants] Americanize their names, so you have to watch the addresses.”

Bank officials already have established a Heritage Center to display company artifacts, photographs and records in their Fourth Avenue offices, but they’re determined to duplicate the “treasure trove” of ledgers in a database — akin to those that document immigrants who passed through Ellis Island or soldiers who fought at Gettysburg — says Joseph B. Smith, senior vice president of marketing. They’ve consulted with the Sen. John Heinz History Center, universities and research institutions but aren’t sure how long that laborious task will take, Smith says.

“We have records of tens of thousands of people who have left no other footprint in history. They worked and sweated in the mills, and why should they be nameless?” says Spangler. “It really gives you an insight on what was going on in the city. We have something very special, and we don’t want to just keep it in a dark room.”

■ Rick Sebak is on vacation this month, but he’ll return in our next issue.

This article appears in the August 2015 issue of Pittsburgh Magazine.
Categories: From the Magazine, Rick Sebak