He's Bringing ‘The Right Kind of Development’ to Pittsburgh

Trek Development and William Gatti are building mixed-income housing across the region. 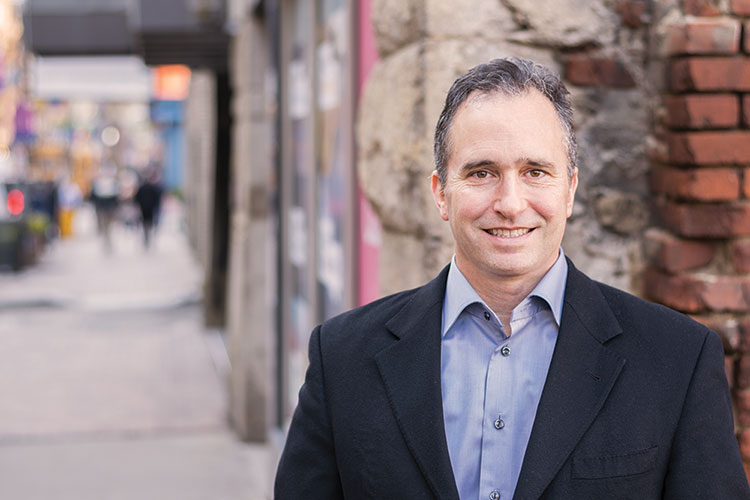 If you look at the trickiest development projects around Pittsburgh, one name pops up again and again. The affordable-housing project at Mellon’s Orchard in East Liberty? Trek Development. The overhaul of the long-stalled Garden Theater on the North Side? Trek Development. Converting the South Side’s Brewhouse, long home to artists and squatters, into studios, a gallery and market-rate and affordable lofts? Trek Development.

“He is someone who we feel is doing the right kind of development that we want to see happen,” says Urban Redevelopment Authority Chairman Kevin Acklin of Trek founder, President and CEO William Gatti. “It’s not easy to do development in a way in which the community wants to see.”

But Trek Development’s very first project almost torpedoed the company before it got going. In the early 1990s, Gatti — then in his mid-20s — had just opened the doors to his company. The Indiana, Pa. native had worked briefly with another developer on a project that used affordable-housing tax credits. He thought to himself: “I can do this.”

​Gatti took on the conversion of a high school in Saltsburg, 30 miles east of Pittsburgh, into senior housing. “I fell for that idea of, ‘You can have this old school for almost nothing,’” he says today, sitting in his office in the redeveloped Century Building, Downtown. “But the conversion costs were immense.” It also took more than 18 months to lease; many residents viewed it as an institutional nursing home.

But the project also taught him a few valuable lessons. The first: Appeal to your market — older folks living in rural areas were nervous about living in a big apartment building. (His next project, cottage-style living with front porches for seniors, fared far better). The second lesson?

“Pick your projects carefully,” Gatti says. “Just because it is there and it finds you doesn’t mean it’s a good project.”

Gatti’s definition of a good project extends well beyond the high-end condos in which many developers seem to specialize. Trek converted public housing in the Hill District into the affordable Dinwiddie Townhomes; adapted the 12-story Century Building to include restaurants, offices, residential units and a bike commuting center; and built affordable townhomes and an office building on the site of the former UPMC Braddock hospital.

Securing tax credits for affordable housing and historic projects has helped. So has marshaling support by listening to the community. “We try to spend a lot of time in neighborhoods,” he says. Community backing for the Mellon’s Orchard development, for example, stands in stark contrast to opposition to the Penn Plaza overhaul.

“When you take on something that is one-in-a-million shot — an impossible shot — there is an appeal to that,” he says. “We can be the ones to solve this! But sometimes, you fail.”

This article appears in the March 2017 issue of Pittsburgh Magazine.
Categories: Community Feature