Here We Go? Steelers Have More Than a New England Issue This Time

At this time last year the Steelers perceived themselves, and rightfully so, as a team that was a mere win over the Patriots away from returning to the Super Bowl. This year, the focus is elsewhere. 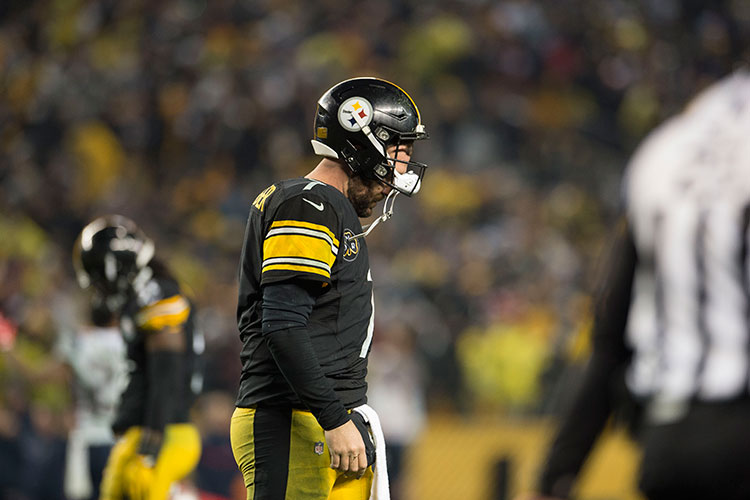 The unofficial beginning of the new football season was appropriate, if not quite ominous.

Grey skies greeted the Steelers as they took the field for the first of 10 scheduled organized team activities, and soon thereafter precipitation punctuated their participation.

Turns out it isn’t going to be sunshine all the way to the Super Bowl after all; the Steelers didn’t have long to wait for confirmation.

It never is, but the level of expectation was nonetheless palpable as the Steelers opened OTAs a year ago. They’d progressed from not qualifying for the playoffs (2013), to reaching the postseason (2014), to winning a playoff game (2015), to making it all the way to the AFC Championship Game (2016).

There was just one step left to take.

But instead, the Steelers regressed.

Their first playoff game in 2017 turned out to be their only playoff game, a stunning, 45-42 loss to Jacksonville at Heinz Field.

That’s just one reason why the OTA vibe is different this time.

The talk instead was of new assistant coaches and how they might be impactful. And whether or not the old quarterback, Ben Roethlisberger, would get along with the new quarterback, Mason Rudolph. And how the troops might ultimately be deployed in a revamped defensive backfield. And what the Steelers intended to do about a run defense that was exploited so masterfully by Jacksonville twice in two tries at Heinz.

At this time last year the Steelers perceived themselves, and rightfully so, as a team that was a mere win over the Patriots away from returning to the Super Bowl.

They were far from alone in that assessment and they never backed down from it.

Even Mike Tomlin got caught up in it, talking publicly with NBC’s Tony Dungy about an upcoming regular-season showdown with New England a good three weeks in advance.

Such bravado and honesty violated the NFL’s long-standing, one-week-at-a-time protocol.

It didn’t matter that Tomlin had merely confirmed what everyone had been thinking all along.

“Mike was probably being a little more honest than maybe he needed to be in that interview,” Steelers president Art Rooney II eventually acknowledged.

The Patriots talk continued all season, right up until the Patriots game the Steelers never got to play.

“I think at this time last year everybody was talking about the Patriots already,” Rooney continued back in February during his annual postmortem. “I think the lesson to be learned here is you take it one week at a time, one game at a time.”

That helps explain why this time New England is being perceived as just another team on the schedule.

And why the emphasis through OTAs and mandatory veteran minicamp in June and training camp in July and into the regular season in September will be on getting better.

“You can’t focus on one team,” Rooney maintained. “Obviously, our real nemesis this year was probably the Jaguars. We can’t go into next year saying, ‘OK, we gotta worry about the Jaguars.’ We gotta play the schedule that comes out and just prepare our team as best we can and not worry too much about the other teams and just be prepared ourselves.”

There’s plenty to do toward that end, enough that the Steelers shouldn’t even be tempted to look ahead.

A better idea for this team, this season would be to look no further down the road than the regular-season opener on Sept. 9 at Cleveland.

And to take it one week at a time thereafter, rain or shine.