Once referred to as “desolation drive,” critics have argued that the Penn Avenue bike lanes aren’t used enough to justify their existence. 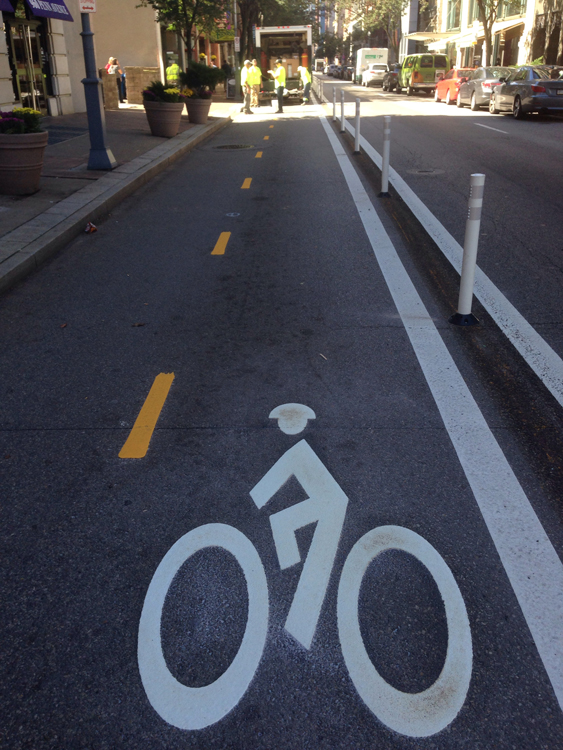 The report, leaving nothing to chance, included several charts with graphs not only indicating usage on a daily basi, but also daily weather conditions. 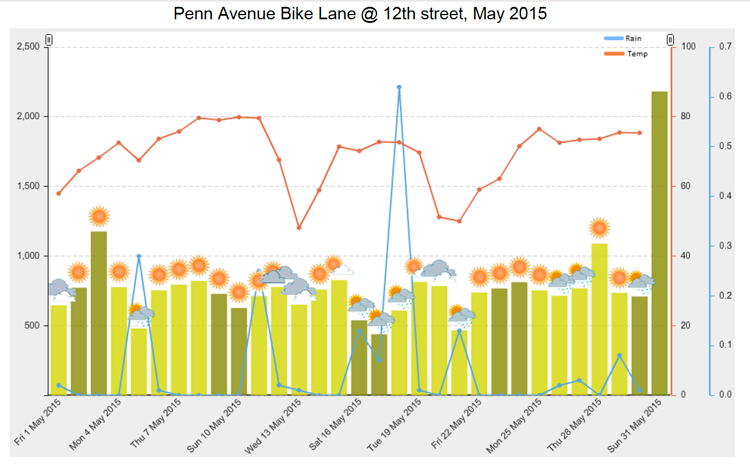 “We’ve been looking forward to collecting and reviewing the data as there has been a lot of interest regarding the lanes’ utility,” says Jeremy Waldrup, partnership president and CEO, in a statement with the report. “It’s clear that the bike lanes are getting substantial use and we anticipate this trend only to increase with the onset of warmer weather and the recent introduction of the Healthy Ride bike share system.”

The lanes were installed in September, closing the eastbound side of Penn to cars, trucks, buses and anything with a motor from Sixth to 16th Street. Early on, critics, most of them presumably on four-wheels, have contended the lanes weren’t getting enough use and the lane restrictions only served to make traffic congestion worse.

"With business, residential and retail life booming in Downtown Pittsburgh, we are seeing increases in every type of commuter, including those on bikes," Peduto says. “The lanes on Penn Avenue are successful because they provide safety and convenience for all."

The partnership study found that average weekday ridership was approximately 740 trips with most of the volume coming during rush hour. On weekends, average ridership increased to about 875 a day.

The report also pointed out that while numbers dipped during inclement weather, 467 bike trips were recorded on a rainy May 21, when the temperature never got out of the 40s.