Here Comes the Bride and Groom — to a Different Tune

Three Pittsburgh-area couples make strong arguments for choosing non-traditional songs for the walk down the aisle.

Not every couple decides to use Richard Wagner’s “Bridal Chorus” to set the scene for their ceremonies. Some would rather choose less-traditional songs that are special to them. These couples chose songs that reflected their personal music tastes and made their weddings all the more symbolic of the bond they share. 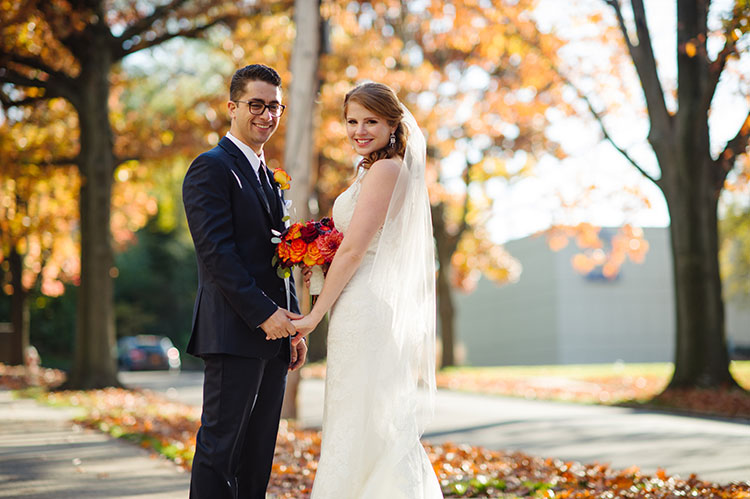 Photo by Michael Will Photographers

“Love Is All”
Ashley Gold and Eli Glazier initially bonded over their shared love of indie and alternative music, and they often introduced one another to their respective favorites via shared Spotify playlists. As their relationship developed, they solidified a yearly tradition of attending Newport Music Festival, which Ashley says is their “favorite place in the world to go.”

“We like literally all of the same kind of music,” she says. “Our shared love of music really solidified things there.”

When it came to their ceremony music, Ashley and Eli knew they had to include a few of their favorite songs. Ashley says they were lucky their guitarist, Doug Edgell, learned a few new songs for the couple that weren’t previously in his repertoire.

The processional was “Love is All” by The Tallest Man on Earth, and the recessional was “Swing Lo Magellan” by Dirty Projectors. Ashley honored her love for classic rock by walking down the aisle to “The Rain Song” by Led Zeppelin, which has been one of her favorite songs since she was little.

The DJ played popular music at the reception so Ashley and Eli’s guests could take full advantage of the dance floor, but Ashley and Eli are glad they were able to include their favorites in their ceremony.

“We wanted some of the music selection to reflect our musical taste, because we knew that the music during the party was going to be more crowd-pleasing, like stuff everyone already knew,” Ashley says. “But we wanted to make sure we had some of our music playing at some point.” 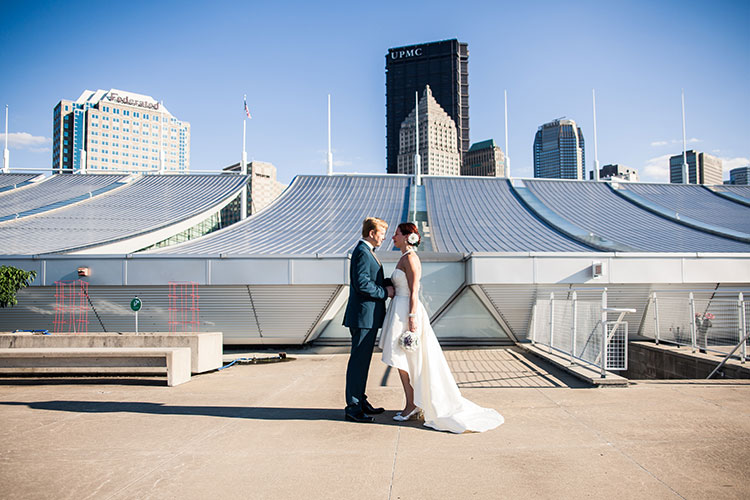 “I’ll Fly To You”
Jessica Lukac and Eric Shultz met in their 20s, grew apart, and came back together later in life, which influenced their decision to walk down the aisle toward one another – rather than Eric waiting for Jessica to come to him — during the procession.

“We like comedy movies and Will Ferrell, and in the climactic scene of the movie, it’s the song that he sings as the characters are coming together,” Eric says. “And it’s kind of powerful; it was a powerful scene.”

They knew a few audience members would find the connection to the movie funny while others would only see it as a powerful, beautiful song. It resonated with the couple on both counts, as they found the lyrics to the Spanish version applicable to their relationship.

“When we read the translation of the lyrics, the lyrics are all about, ‘I’ll fly to you,’ and the way the two of us will start our lives together,” Eric says. “And that was absolutely perfect.” 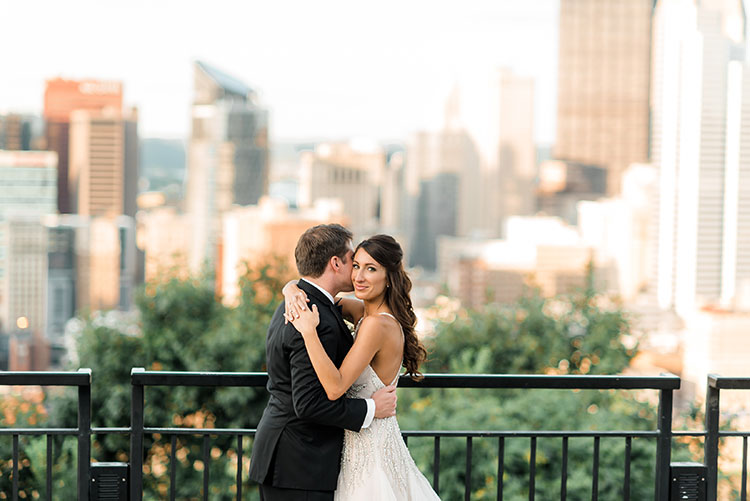 Photo by Sky's the Limit

“Walk the Line”
When Jim Matthews discovered Johnny Cash’s music in high school, he also found out his late paternal grandfather had a sweet spot for the singer-songwriter as well. “Walk the Line,” a favorite the two shared, is a song Jim says is a tribute to his grandfather’s “loyalty, fidelity and enduring faithfulness” and was a way to connect the two of them even though his grandfather passed away before he was born.

“For him, ‘Walk the Line’ symbolized his marriage to my grandmother, who was a shining example in my life before she passed several years ago,” Jim says.

When it came time for his own wedding to Natalie Cammarata, Jim knew “Walk the Line” was the perfect song that should play as he and his groomsmen entered the ceremony. His vows also echoed the song’s meaning to the pair, as he told Natalie he would "forever walk the line" and be the “Johnny to her June” and the “Donald to her Mabel,” which are the names of his grandparents.

Natalie entered to Canon in D while their mothers entered to “Sweet Child O’ Mine” by Guns N' Roses, and the bridesmaids to “Heartbeats” by Jose Gonzales. The couple exited to “Home” by Edward Sharpe and the Magnetic Zeros at the end of the ceremony.

“Our song selections made the ceremony that much more special to us, and our guests loved that they learned a little bit about us based on our choices,” Natalie says.