When Asa Foster and Matt Katase enrolled at Carnegie Mellon University, they had most likely never heard of Braddock.

They certainly hadn’t been there, anyway. Hell — many lifelong Pittsburghers haven’t passed through the plucky little town nestled along the Mon. But Asa and Matt are explorers at heart, and at some point, they discovered this resurgent bit of territory. Today, they’re cleaning up a basement warehouse along Braddock Ave., only a few months away from opening The Brew Gentlemen Beer Co.

If you’re already familiar with the name, you’ve likely run into the gents at a tasting or event; the company, and small batches of their beer, has been around in a limited form for almost two years. Over a holiday break, Matt and Asa decided to abandon their majors — Asa was an art student, and Matt came to CMU for chemistry — and start a brewery. They spent their remaining semesters crafting their own fields of study and learning everything they could about how to run a successful brewery; as they were graduating, they were finalizing plans to move into the Braddock space.

The Brew Gentlemen still need a boost to get up and running; they’re in the middle of a Kickstarter campaign that should put them in position for a late-2012 launch. (They still need some help to reach their fundraising goal, although things are off to a promising start; since Friday, they’ve raised over $16,000.) 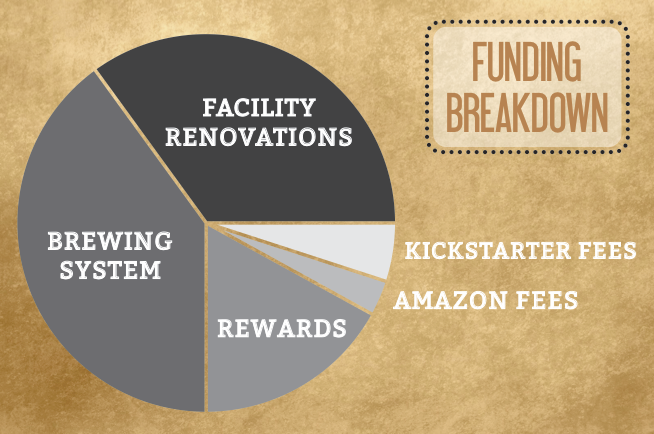 Asa and Matt — originally from Massachusetts and Hawaii, respectively — are not the type to rest on their laurels while things take shape, though. After two years of building a brand and laying the groundwork, they’re ready to show off their stuff now, even if there’s nowhere to buy it just yet. So Tapped: Braddock, a “pop-up beer garden” scheduled for this Saturday, will introduce the neighbors — and many curious ’Burghers — to the gents’ wares, like the curious White Sky, a wheat with hints of chai, and the historically-minded General Braddock’s I.P.A.

Tapped, a serious of roving fundraising events organized by the folks at Epic Development and Bar Marco, is far from just a beer tasting, though. A wide range of players in the recent food truck boom, including Fukuda Sushi, Franktuary and the Pgh Pierogie Truck, will be slinging their grub. Live music will echo through John St. And Kevin Sousa of Union Pig and Chicken and Salt of the Earth fame will lead a pig roast — and speaking of Sousa, he figures into the Brew Gentlemen story in a big way. The upstairs neighbor of the future Brew Gentlemen brewery will be Magarac, Sousa’s newest restaurant. Food service training non-profit Springboard Kitchen will also share the building.

By early 2013, you could be making regular trips to Braddock, to fill up a growler and grab a great meal. For now, though, in the name of exploration and the future of Pittsburgh beer, schedule a trip for this Saturday. Grab a beer and a bite. Reacquaint yourself with a Pittsburgh neighborhood. And be glad that two kids from CMU ditched their majors to brew some beer.