Heartwarming: This Adorable Dog & His Breed Are 'Lovers Not Fighters' 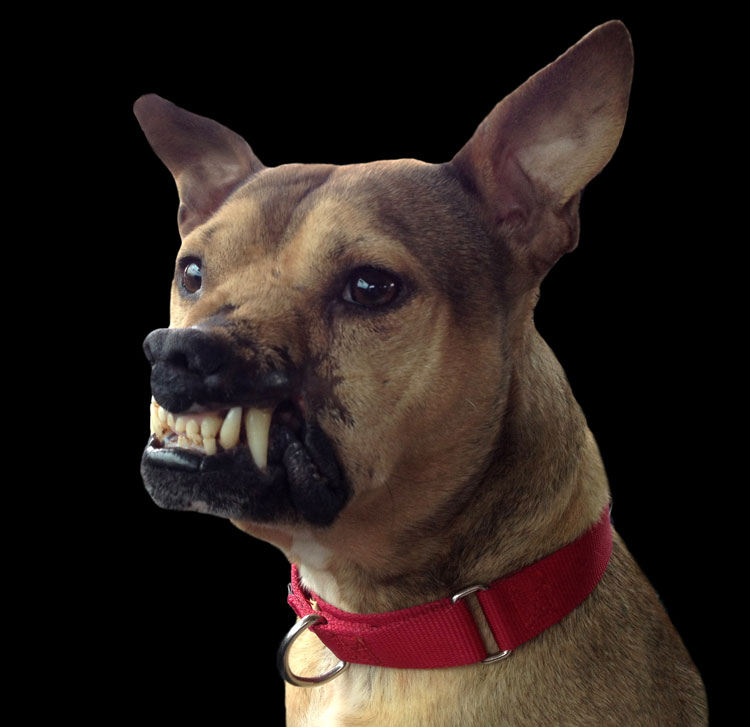 Much like Bulletproof Sam, his Hello Bully predecessor, the little dog named Tyrion Pittister is a loving, licking ambassador for his breed.

The small pit bull terrier was rescued from a suspected dogfighting ring in 2014. Treatments Tyrion received at Hello Bully to clear his airways have left him breathing more easily, though he’s missing his lips (giving him a “Perma-Smile,” as Hello Bully puts it). While the time he spent forced to fight clearly has taken a toll, Tyrion isn’t in chronic pain from his wounds.

It’s Tyrion’s warm, accepting nature that makes him such an important pooch, however. The dog takes to every human he meets and is remarkably gentle with small children. Against all odds, he’s also an animal lover; despite being forced to fight other dogs earlier in life, he now enjoys being around them. In short: If you know anyone who clings to the disproven notion that pit bulls aren’t friendly — or that rescued dogfighting victims can’t become loving pets — show them some footage of Tyrion Pittister.

Or better yet: introduce them in person. Tyrion will be one of the guests of honor at this year’s Lovers Not Fighters Gala, set for this Saturday at Soldiers & Sailors Memorial Hall & Museum in Oakland. He’ll be joined by fellow survivor Tillie (whose dress choice for the evening is up for public vote on Facebook) as the organization tries to raise $50,000 for continued care, medical treatment and housing while their rescued pups await forever homes.

As for Tyrion, he still can join your family; though he’s not up for adoption right now, as some continued medical issues are treated, he'll eventually be seeking a home of his own. Keep an eye out, though — we’re pretty sure there will be plenty of fans eager to adopt this brave boy.