He Loves the Nickname: They Call Him Dr. Yuk

In the 45 years since coming up with Mr. Yuk, Dr. Richard Moriarty, now 77, has met many grateful parents who told him he saved their kids’ lives. 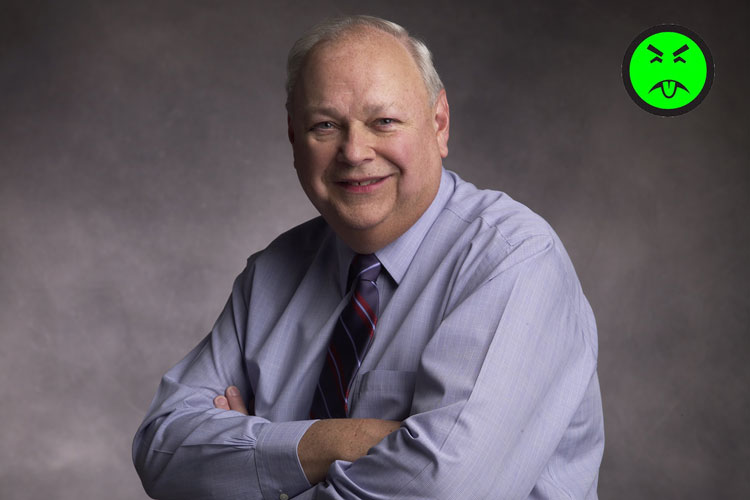 They call him Dr. Yuk.

While some may be offended, Dr. Richard Moriarty has no qualms about his unconventional nickname. He considers it the ultimate compliment to share a name with the neon-green sticker with a sick face. Thanks to Mr. Yuk, thousands of kids have been saved from gulping household poisons.

Moriarty came up with the idea in 1972, back when he was a pediatrician working in the emergency room of Children’s Hospital of Pittsburgh of UPMC.

The existing symbol — a skull and crossbones — didn’t deter kids because it resembled the Jolly Roger emblem of the Pittsburgh Pirates. So Moriarty and a graphic artist did a focus group with preschoolers, showing them three choices for a potential sticker — a sick face, a dead face and a yelling face. The most offensive to the children: the sick face and the screaming green color.

"That looks yucky," one kid said.

"Okay, we have a name,” Moriarty said.

In the 45 years since coming up with Mr. Yuk, Dr. Moriarty, now 77, has met many grateful parents who told him he saved their kids’ lives.

The iconic symbol was only a small part of the way Dr. Moriarty restructured poison centers in Pittsburgh and around the country. At Children’s, he saw parents who had rushed their kids to the emergency room, sometimes causing accidents on the way. Moriarty, also associate professor of pediatrics at the University of Pittsburgh School of Medicine, realized there needed to be one centralized poison center that parents could call 24/7 for advice. He also helped 52 other cities do the same thing by centralizing and pooling their resources.

Mr. Yuk stickers also include the phone number of the Poison Control Center, which families were advised to put on their phones. “There are some kids, you could wrap them up in duct tape, and they could still get in trouble,” he says.

When Moriarty retired in 1989, many people assumed that Mr. Yuk royalties had made him a wealthy man. But Children's Hospital owns the trademark, says Moriarty. “I didn’t make a dime.”

Mr. Yuk has had a life of his own, becoming part of the cultural zeitgeist.  The symbol has been a clue in crossword puzzles, the name of a Carnegie Mellon University ultimate frisbee team and even a source of political satire.

Dr. Moriarty was watching The Late Show with Stephen Colbert recently when he heard the comedian joke about child-proofing the surroundings around President Trump. The bit ends with a shot of a Mr. Yuk sticker on top of the nuclear button.

The doctor wrote to Colbert. “I approve. It is an appropriate use of Yuk.”

He Likes to Mix “Humor and Mockery with Cold, Hard, Facts”

The Pandemic Speeds Up the Winding Down of Jamison Farm

A Place in the World

Here are The Hot Home Trends for 2021

The Fight to Survive for Pittsburgh Restaurants

Take a Sip and Celebrate 135 Years of Punxsutawney Phil

Pittsburgher of the Year: Lisa Scales

Pittsburgh Pet of the Week: Magnolia

Perspectives: Why I Was Rooting for the Browns