He is Pittsburgh's 24-Hour Bridge Builder 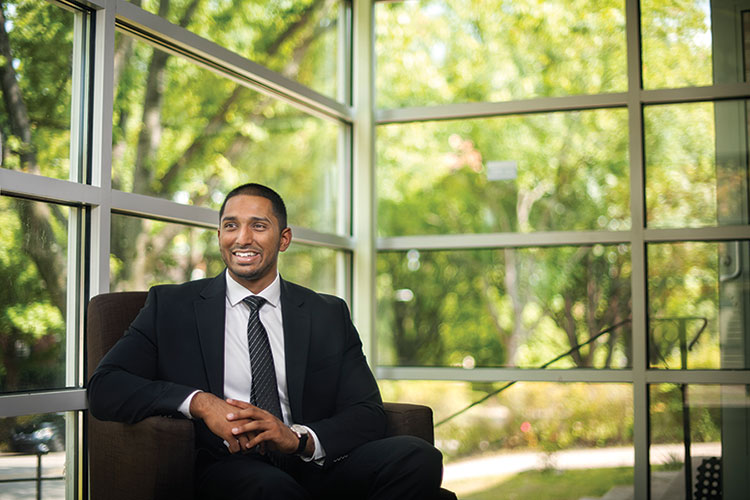 Wasiullah “Wasi” Mohamed rushes out of an elevator in the City-County Building wearing a power suit and flashing his dazzling smile. The 25-year-old activist huddles with several colleagues from the Muslim community as they prep for an upcoming press conference with Mayor Bill Peduto.

Mohamed checks his phone and fires off a string of texts. He paces in the hallway. It’s only 10 a.m., but his mind is racing ahead to an afternoon meeting — planning a cultural sensitivity training program for police officers.

In the fight against Islamophobia, these are the front lines. 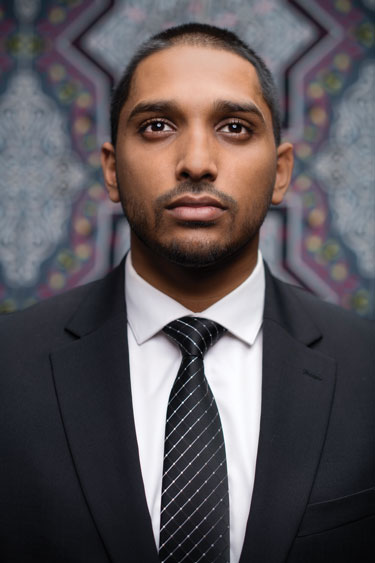 As he opens the door and steps into the press conference, though, Mohamed becomes razor-focused on the matter at hand: the travel ban, which was upheld by the U.S. Supreme Court on June 26, and its lasting damage.

“The Muslim ban — calling it what is — is an attack on Muslim communities, an attack on religious liberties, an attack on our Constitution,” says Mohamed, executive director of both the Islamic Center of Pittsburgh and the Pennsylvania branch of Emgage, a nonprofit focused on “Empowering Engaged Muslim Americans.”

In the days after the Supreme Court upheld the first version of the Trump administration’s ban, Mohamed’s email and voicemail were clogged with hateful missives: “Trump is in town.” “Pack your bags.”

That vitriol has begun to die down, but the damage to Islamic families and communities lingers. The Islamic Center lost one of its best employees in January; Kelcey Sharkas and her family flew to Syria for her father-in-law’s funeral when, without warning, the ban was announced. Her husband is Osama Sharkas, formerly the chairman of the center’s board of directors.
Unable to return to their Pittsburgh home for six months, the family is now considering resettlement in Canada. “She was highly skilled — a gem for the Muslim community. A gem for Pittsburgh,” Mohamed says.

In this relentless news cycle, the travel ban has been crowded out of consciousness by the public outcry over family separation, trade wars and other gripping headlines. “I have whiplash,” Mohamed says, his words tumbling quickly. “Every day, there is more bad news. The only way to not get depressed is to throw myself into work.”

So he works two full-time jobs, donning a political hat for his work at Emgage and a religious one at the Islamic Center.
Mohamed’s weekday work blends right into his nights-and-weekends passion. While most 20-somethings are hitting the gym or meeting friends at the bar, he is busy organizing events — such as this press conference. He came up with the talking points in his volunteer leadership role with Welcoming Pittsburgh, the city’s immigrant integration group. “The mayor called it a Muslim ban, not a travel ban,” Mohamed says. “That was very significant for us.”

During the press conference, Peduto responded with a commitment to meet with the Muslim community for a Citizenship Day, offering free legal advice and translation services for those seeking to become citizens.

After the conference, Mohamed rushes off to meet with a city official about police sensitivity training on the eve of a new station in Northview Heights, where many local residents are Muslim refugees from Africa.

When he’s not in planning meetings, Mohamed often supports social justice causes affecting the wider community. In recent weeks, he has participated in protests following the death of Antwon Rose, an African-American youth who was shot in the back by a white police officer.

“Wasi is the perfect person to bridge the gap between the Muslim and non-Muslim communities,” says Laila Al-Soulaiman, a friend and fellow activist. “He is approachable. He is charming. He is very down-to-earth. He knows his stuff.”

She also mentions an obvious downside to his 80-plus-hour work weeks. On the rare occasion he joins his friends for a social evening, she said, “Wasi falls asleep at the dinner table.”

But for now, he’s on the front lines, battling hatred to stand up for the community he loves.