He Helps Pittsburgh Children Get a Good Early Start

Fred Brown and the Homewood Children’s Village are creating a pipeline for success for Pittsburgh children, from birth through school and into the workforce. 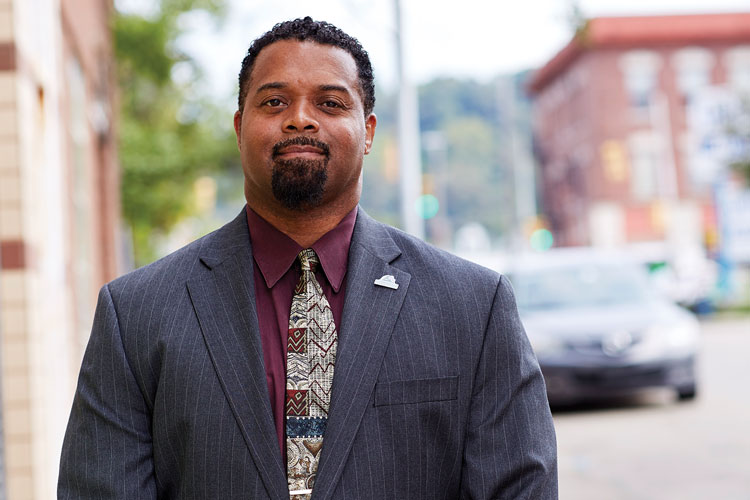 In 1997, Fred Brown had a disconcerting conversation with a woman in Garfield. “I need you to help my son,” she told him.

“What’s his record?” Brown asked. At the time, he was an Allegheny County probation officer and was working with the Pittsburgh Youth Collaborative, an effort by area nonprofit organizations and the mayor’s office to help juvenile delinquents find their way back into society via education and social services. He was used to hearing these kinds of requests.

“He doesn’t have a record,” she replied.

She was indignant. “Do you realize how stupid that is?” she asked.

Brown was taken aback. Born and raised in Homewood, he had spent his early career as a teacher and a parole officer; in addition to working with the PYC, he also was working on a master’s degree in social work at the University of Pittsburgh. Kids who already were in trouble with the law — gangs, drugs — had been his focus. But this concerned mother wanted his help to prevent her son from falling into that criminal-justice system. And he had no idea what to do.

“That really put a shock in my system,” he says, and it set him on a journey to try to intervene earlier in children’s lives and restore communities. Brown worked for a handful of years as dean of students at a school in Charlotte, N.C. before returning to Pittsburgh to work at the Kingsley Association in Larimer, a nonprofit organization focused on providing community services. While there, he worked on special projects, including training Larimer residents in building green infrastructure and working with the Larimer Consensus Group to land a $30 million Choice Neighborhoods grant from the federal Housing and Urban Development department to build affordable, sustainably designed housing.

“The community,” he says, “started to realize [its] power.”

In the autumn of 2015, Brown leveraged that success to become the president and CEO of Homewood Children’s Village, a group embedded in the neighborhood’s three public schools — Faison K-5, Lincoln K-5 and Westinghouse 6-12 — that provides health, family and educational services to a neighborhood fighting poverty and violence. Creating a sustainable, healthy environment with stormwater, green infrastructure and better air quality is key to the plan. “Homewood has twice the national asthma rate,” Brown says. “Kids miss school, and parents have to miss work. Kids are stuck in a sick environment.”

Along with the environmental efforts, Brown and the HCV are hoping to break generational poverty by creating a pipeline for success for children, from birth up and through a scholarship with the Pittsburgh Promise program and out into the workforce. In many ways, it is an answer to that mother who once asked him for help. “My whole philosophy,” Brown says, “is to design programs that deposit transformational nodes that make people self-sufficient.”