He Helped Steelers Win Super Bowls Flying Under the Radar

Andrew Conte’s “The Color of Sundays: The Secret Strategy That Built the Steelers’ Dynasty” profiles a relatively anonymous figure in Steelers’ lore during a critical period in American history. 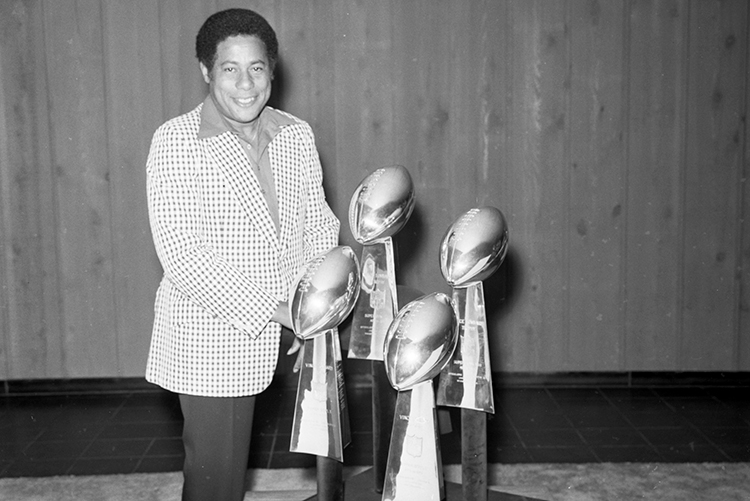 Andrew Conte’s “The Color of Sundays: The Secret Strategy That Built the Steelers’ Dynasty” brings to light and to life the story of Bill Nunn Jr., the newspaperman-turned-superscout who mined the traditionally black colleges and found for the Steelers the talent the NFL had been overlooking for decades.

But what he did for the Steelers was only the tip of the Bill Nunn Jr. iceberg.

“It was fascinating who he knew and what he had seen and done.”

Because he had initially worked at the Pittsburgh Courier, as his father, Bill Nunn Sr. had before him, and because of the Courier’s commitment to fighting prejudice and racism and injustice and the national platform it occupied, Bill Nunn Jr. had a Forrest Gump-like view of the battle for racial equality dating back to before World War II.

And that’s a story that needed to be told.

Conte’s revelation that Nunn Jr. initially resisted doing so wasn’t surprising. I had known Nunn Jr. for many years prior to his death on May 6, 2014, and had talked football with him on many occasions (he had done most of the talking and I had done most of the listening). And I had a keen appreciation both for what he had meant to the Steelers and for his disdain of any individual recognition ever being thrown his way as a result.

Bill Nunn Jr. didn’t think anyone deserved credit for doing their job to the best of their abilities and for doing what’s right.

But the long and winding back story as to how Nunn came to discover John Stallworth and Mel Blount and L.C. Greenwood and Donnie Shell and so many others surpasses even the Steelers’ rise to Super Bowl prominence in terms of historical significance.

“You find me athletes,” Chuck Noll tells Nunn in “Sundays.” “It’s our job as coaches to give them an opportunity and let them make it.”

That sounds simple enough, in retrospect. But the re-integration of the NFL was much more complex, as Nunn Jr.’s experiences from the trenches will attest.

If you’re looking for strategic revelations as to how the Steelers beat the Cowboys or the Vikings, look elsewhere.

But if it’s an examination of what the franchise was and what it has become and why, with an accompanying examination of a critical period in American history, look no further.

“Sundays” is so much more than just another Steelers book.

Nunn Jr. would have appreciated that, even while protesting his role in the story’s telling.