After a car came through the building last fall, the retail store and design studio in Mt. Lebanon is moving to a new home — and shifting its focus to design. 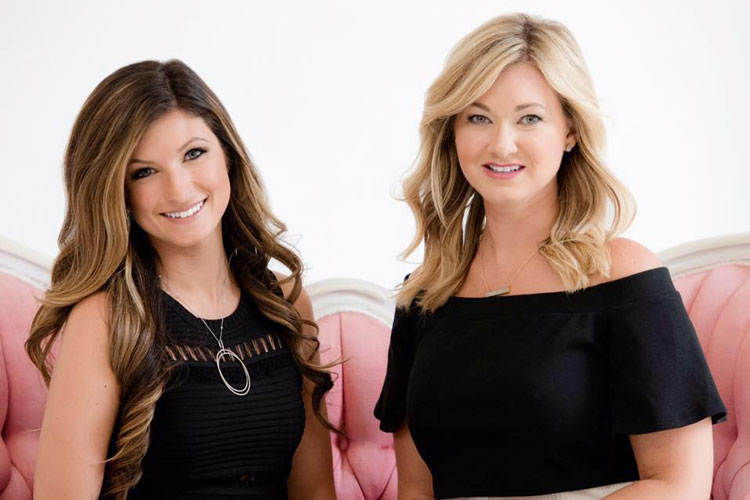 Sometimes having a new idea is illustrated by a lightbulb going off inside your head. In the case of sisters-in-law Lauren and Katie Trapuzzano, it took a car crashing through the front window of their business in Mt. Lebanon.

Katie says she working on a client project last September in a back room of Haven Design LLC, the home decor store and interior design studio she and Lauren opened on Washington Road in 2017, when she felt the building shake.

Thinking a large mirror had crashed to the ground, Katie emerged from the back room. Instead, she found a car in the store.

“There was shattered glass everywhere,” she says. “I’ve never experienced something like that before.”

While attempting to park, the driver of the car accidentally stepped on the gas pedal instead of the brake, sending his vehicle over the sidewalk curb and into the store’s display window, according to Katie.

No one was injured in the incident, although the store was severely damaged. Besides the broken window, the building sustained structural damage, which made the store unable to be occupied at the time, according to the sisters-in-law. Lauren also estimates she and Katie had to trash about $12,000 worth of damaged merchandise, including baby blankets that had been embedded with broken glass.

“These tiny shards of glass that you wouldn’t even think about, they made it to the back of the store,” she says.

As they waited for the window to be replaced, and their business to reopen, the Trapuzzanos thought about their next move. In February, they announced Haven Design would move to a new location — and take on a new direction.

Slated to open this spring on Cochran Road, Haven Design’s new home in Mt. Lebanon will be open by appointment only, which the women say will allow them to focus on their growing design business.

That wasn’t always the case. Although the Trapuzzanos originally intended Haven Design to primarily be retail, the design portion wound up taking center stage. Lauren says customers would come in looking for a piece of art for their home or a rug and end up having a consultation for a redesign of their home.

“I think that’s where our passion really is, in helping people find unique and different furniture or unique pieces of art that you can’t find at the big box stores,” she says.

During their time off, the women — who both graduated from college with business degrees — also became certified in home staging. The sisters-in-law say they will use furniture from their previous location to stage empty homes up for sale. They also will work with homeowners on accenting, as well as decluttering, their homes as they go on the market.

Lauren says she is hoping the studio, which shares a building with a real estate office and an architect, will be open by May or June. And customers are still welcome to stop in.

While gift items such as cards, mugs and wine toppers are being phased out, Haven Design will still carry furniture lines — including Bernhardt Furniture— bedding lines, pillows, rugs, candles and art.

“It was really the perfect time to really re-evaluate,” Lauren says. “Our main passion anyway is working with our clients and design and decor. Now, we’re able to focus on that.”

This article appears in the March 2019 issue of Nest.
Categories: Nest