Have Plans in Mind for Pittsburgh Neighborhoods? Speak Up!

The aim of the #NotSoSmallChange Instagram contest is to get people talking about what could be updated in the city. 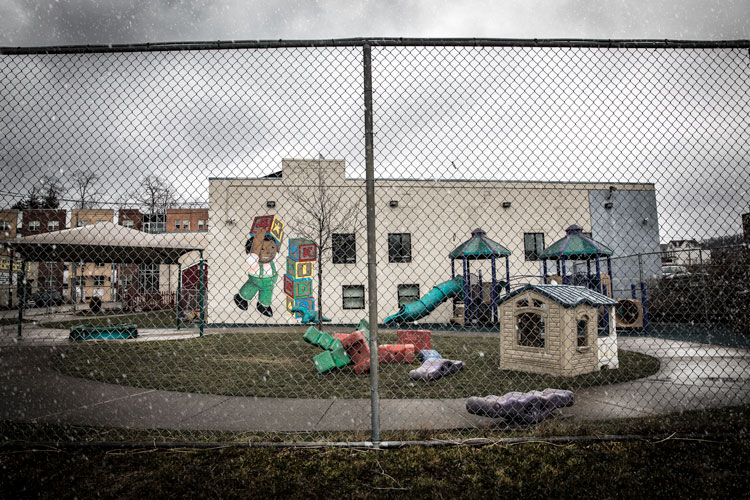 Have you ever driven through one of Pittsburgh’s diverse neighborhoods and noticed a rundown property, albeit one with the potential to be grand? What a shame, you may have thought to yourself. But what if you could do something about it?

That’s what the creators of the #NotSoSmallChange Instagram Contest are inviting you to do.

The contest is sponsored by Small Change — a soon-to-launch, Pittsburgh-based crowdfunding platform that raises equity or debt for transformational real-estate projects. The Instagram challenge kicked off July 19 and runs through Aug. 19.

“The Instagram contest we're running is aimed to get people talking and participating in focusing on sites, buildings, places that they see change for,” says Ben Shulman, communications director of Small Change. “It's a collaborative exercise in bringing in all of Pittsburgh to see change in and for the city.”

To enter the contest, simply take photos that best capture buildings, lots and other spaces that you think could be turned into something better for the neighborhood and then post them on Instagram. Entries must include the location of the photo, the #NotSoSmallChange hashtag and a description or vision of what you think the space could become. Don’t be afraid to get creative with it!
(instagram.com/oursmallchange)

Just because you have a basic room (not good, not bad, just acceptable) doesn’t mean you can’t turn it into a showpiece with a few minor changes. Interior designer Lauren Levant Bland, owner of Lauren Levant Interior, did just that for this master bathroom in Squirrel Hill.

“A common issue with homeowners is they feel like, OK, I have a house where the bathroom was reasonably done, but it’s not wowing me,” she says. “It’s not making an impression either way.”

To provide interest to this formerly bland bathroom, Levant Bland removed the single rectangular mirror and replaced it with two smaller, more glamorous framed mirrors. She created a tiled accent wall using a glass mosaic in a tortoiseshell finish that reflects the light, creating a jeweled effect. “The visual of all that tile is really what’s bringing in the richness of the overall effect,” she says.

In perhaps her most important change, she removed the overhead lighting and replaced it with a pair of trendy polished chrome sconces set at eye level, which she calls a “vastly superior” arrangement. Overhead lighting tends to emphasize the shadows under one’s eyes, while lighting set at eye level creates a more flattering and true appearance, she says.

“If you change (the lighting), you change your life,” she says. “That’s the biggest improvement for aesthetics.”

SPLASH Kitchen Bath Home is celebrating the opening of a new showroom in Glenshaw. Regular hours for the facility, which include kitchen, bath and tile displays, are from 9 a.m. to 5 p.m. Monday through Friday and from 8 a.m. to 1 p.m. Saturday. SPLASH also has locations in Cranberry and Murrysville.
(1400 William Flynn Hwy., Glenshaw; 412/486-2700, exploresplash.com)

This article appears in the July 2015 issue of Nest.
Categories: Nest