Have a New Experience at Wexford's Oldest Bar

Cole Brothers Tavern has been serving up drinks since the Teddy Roosevelt administration. 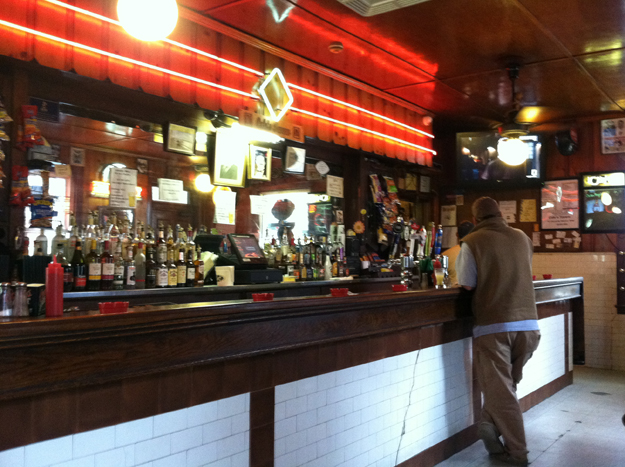 After I profiled some of the Burgh’s oldest bars in my September Film & Nightlife column, I received a letter from a concerned reader to the north. It seems that my survey overlooked the staggeringly old Cole Brothers Tavern in Wexford. The pub, originally a watering hole attached to long-gone Cole’s Hotel, boasts an impressive 109-year run, having opened its doors to weary travelers in 1902. If that’s accurate, it’s not only “Wexford’s Oldest Bar,” as signs proudly proclaim, it may well be the most ancient saloon in the county.

Having grown up in Ross Township, though, I had reservations about Wexford. A good place for buying cars, an excellent place for houses I can’t afford, and the proud (?) home of Christina Aguilera—sure. But a place for nightlife? Very much no. Everyone knows that bars and clubs start to wane along McKnight Road and become utterly non-existent right around North Park, right?

Fortunately, my ignorance was already turned halfway around by a trip to Bella Frutteto Restaurant, just off the Wexford exit of I-79 N. (You’ll have to grab the December issue for my full thoughts on that joint.) The bar at Bella Frutteto is inviting and well-stocked, and the reputation of the Wexford Ale House (formerly Poor Richard’s Pub) was never in doubt. Could Cole’s be the mighty third point on a Wexford Nightlife Power Triad? More importantly, am I the first person to ever use the phrase “Wexford Nightlife Power Triad”? (Google says yes!)

Tucked appropriately into the part of town called “Old Wexford,” Cole’s is just across the street from the Wexford General Store, a sprawling and busy antique shop. It is unlikely, however, that anything in that store is as old as the joint across the street. Don’t let the flat screen in the corner or the digital jukebox on the far wall fool you; Cole’s is a throwback, putting the most typical ‘Burgh corner bar to shame with its sheer authenticity. Walk up to the bar—there are no stools, you just order and retreat to one of four tables behind you—and order a beer, a shot, or (preferably) a shot and a beer. There’s no cocktail menu. There’s no wine list. There are no infusions, and (unless you count Yuengling) not a microbrew to be seen.

Want food? Go into the kitchen and tell them. No, really—walk behind the bar and into the small kitchen (part of the converted house that blends into Cole’s.) They’ll take your order back there. About this time, it occurred to me that Cole’s is, indeed, something different. Every yinzer bar feels like it could’ve been down the street from where my great-grandmother used to live. This place feels like it could’ve been my great-grandmother’s house.

I arrived during lunch to find one table of blue-collar ‘Burghers on their lunch break. The TV was tuned to some show on the National Geographic channel about self-defense, and the patrons were evaluating whether or not the former Navy Seal on the show would be able to overcome a taser’s shock (he was.) The banter sounded familiar, and as I sipped on an I.C. Light (natch,) I felt a quick shot of deja-vu. I had never been there before, but I knew the chair and the table. I knew the sound. I knew the (smokey) smell. This place is Pittsburgh to all five senses.

I munched on a Blue Moon Burger (crumbled bleu cheese and whatever else you’d like) and a side of wings (juicy and tender.) The lunch menu is mostly burgers and sandwiches, but tasty, cheap and the very definition of homemade—you are quite literally in someone’s home, and they are making it for you. And you’d be hard-pressed to find anything on the menu over $5—combine that with constant rotating beer specials, and you can scrape together a good trip to Cole’s with your pocket change.

Every week in Pittsburgh, another bar opens, trying to feel like Cole’s. It’s never going to be everything to everyone, but it’s one of those diamond-in-the-rough joints that you’ll always be happy to visit. Cole’s did make me change my opinion on bars in Wexford, but it’s a place that could be found in any corner of town—Lawrenceville, Carnegie, Millvale, wherever, it makes no difference. It’s all Pittsburgh.