Has WVU Solved the Stinkbug Epidemic?

Plus, CMU teams up with Disney to create the next generation of motion-capture technology.

>>EUREKA!
WVU solves the most pressing problem of our time: stinkbugs
Most of the Mid-Atlantic region has been united, as of late, by a common enemy: the brown marmorated stinkbug. That tiny terror doesn’t bite or sting but pesters in the home simply by it’s ugly appearance and rank smell; farmers, meanwhile, face the prospect of a stinkbug-devoured crop. Fortunately, researchers at WVU think they may have a solution in the form of an all-out insect war.

>>ACTING FOR HEALTH
Grant allows Robert Morris to enter the patient sim game
A "standardized patient" is an actor trained to portray a patient in need of medical care, with very specific symptoms, moods and behavior. This system of doctor and nurse training has gained steadily in popularity (notwithstanding—or perhaps due to—an appearance on "Seinfeld" back in the day) and is fairly normal procedure for modern medical students. Now, a $100,000 grant from the Hearst Foundations will allow Robert Morris University to offer this unique training. Acting students will serve as the patients in what is possibly the only conceivable crossover of the theater and pre-med departments. 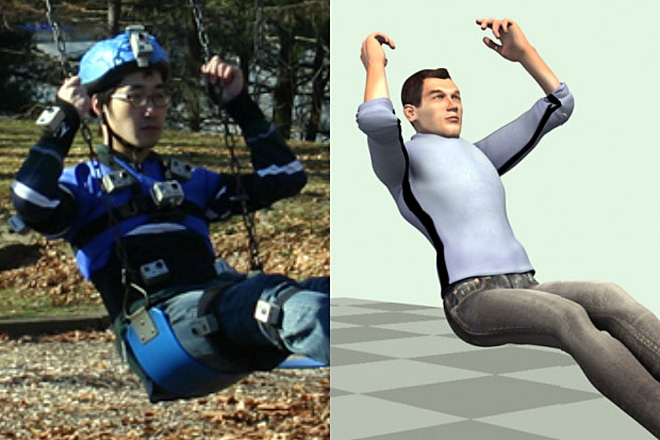 The movements of a runner on a Pittsburgh street are captured by the next generation of motion-capture technology, thanks to joint efforts from Carnegie Mellon and Disney Research, Pittsburgh. Motion-capture technology, as utilized in films like Avatar, the Pirates of the Caribbean series and this summer’s Rise of the Planet of the Apes, traditionally placed an actor in front of a green screen to capture his or her movements via sensors on a bodysuit; this new technology turns the cameras outward, allowing the motion of an actor to be captured in any environment.

See a video of the project here.

>>MOVIN’ TIME
Point Park purchase brings theater close to home
It’s always a shame to see downtown landmarks go. Even if a business or destination had far outlived its relevance, the shuttering of golden triangle doors—while a fact of life—is never a welcome sight. Fortunately, one Pittsburgh institution is looking at a bright new future—albeit a much different one.

The former Honus Wagner Sporting Goods, which was opened in 1919 by the Bucco Hall-of-Famer along with fellow legend Pie Traynor, closed earlier this year. In late July, however, it was purchased by Point Park University as part of the school’s ongoing Academic Village Initiative; official plans haven’t been made yet, but the building is expected to be the new home of the relocated Point Park Playhouse. That proposed facility would house three theaters, residence facilities, production space and more.

Hopefully, a few old-timers will wander in looking for jerseys and cleats and end up taking in the works of Ibsen and Shakespeare instead.

This article appears in the August 2011 issue of Great Minds.
Categories: Great Minds