Harold Hayes' Biggest Retirement Fear, It's Not What You Think

Hayes leaves KDKA TV after nearly 37 years with his legacy as one of the city's most respected, fair and accurate reporters – and his priceless sense of humor – firmly intact. 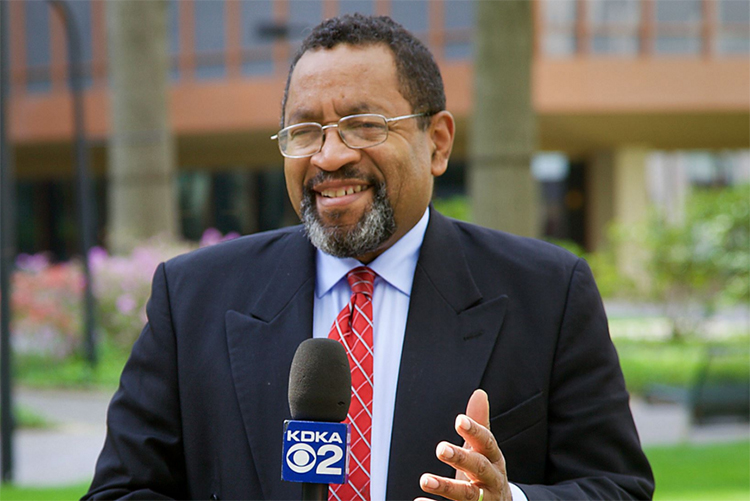 I had the privilege of working with Harold Hayes in the 1990s as a newscast producer at KDKA-TV. Harold is a producer's dream. His stories are consistently well written, balanced and always, always on time. His infinite knowledge of the history, people and issues of the region is unmatched. Being able to soak in his dry wit in the newsroom was icing on the cake.

With Harold, it was the story which mattered most, not the person reporting it. You knew he was there, but he never tried to steal the focus from what he was covering.

That is, until now. So who better to talk about Harold's retirement, than Harold himself?

Why are you retiring now?
I didn't want to hang around so long that they would have to yank me off the stage. I still have my health and half a brain, so now I can smell the roses.

What are you going to do in first few months away from TV?
Nothing. (Laughing) Absolutely nothing.

What are you going to miss the most?
I'm going to miss the rush of reporting breaking news. It's always a kick to be in court, listen to the verdict and then run down the courthouse steps and step in front of the camera and report it. Although [laughing], what I will miss the least is having to depend on my 63-year-old legs to carry me down those steps in a hurry. I was walking a lot quicker 10 to 20 years ago.

What do you tell young reporters coming in the door as you are going out?
In the age of Twitter there's a great temptation to be first with a story, but there's also that little thing about getting it right. I hope the next generation keeps that in mind. Sometimes it takes a little more time and space to give a story perspective. It would be better not to rush and to take the time to find out not only what happened but why it happened. That being said, I recognize that there is tremendous pressure these days to be first.

What was it like when you started?
When I got there [at KDKA], I was 26 years old. I was lucky enough to sit next to [the late anchor] Bill Burns in the newsroom. He had been doing the news back when I came home for lunch from kindergarten. That was pretty heady stuff for me back then.

What was one of the funniest things to happen to you on the air?
I was fortunate that, for whatever reason, Bill Burns liked me. Unfortunately, if Bill liked you, he also liked to pull you into one of his infamous one-liners. I pride myself on telling all sides of a story. One day, I was explaining a PennDOT project that would not be popular with drivers but was one of those things that had to be done. At the end, Bill observed that for years, the U.S. had struggled to find a way to destroy the Ho Chi Minh Trail in Vietnam and that “maybe they would had better luck if they simply sent in PennDOT — right Harold?” I stood there dumbfounded. What was I going to say? I'm looking at the floor director, thinking “get me out of here.” Bill, of course, could say what he wanted back then. Me? Not so much.

What is your favorite story?
When the courts ordered the formation of the Woodland Hills School District in 1981 to desegregate the schools in that area, we followed one young man as he left his predominately black high school as a junior and entered the new, desegregated high school as a senior. Twenty years later, we caught up with him and his daughter, who also attended Woodland Hills. We interviewed them together, asking what it was like on the first day of school. He said he was nervous, full of consternation about attending a school with a large number of white students who he suspected did not want him there. His daughter, on the other hand, said it was no big deal at all — that she had been attending classes with students of different races for years. The difference in their answers was so simple it was profound. I was proud to bring that kind of perspective to a story, simply because I had hung around so long.

What are you most proud of?
I'm really most proud that I have two daughters who are relatively sane and generate their own incomes.

Any fears about retirement?
There are three fears in our family.
My daughters are afraid that with all of this time on my hands, I will pop up [at their homes] without warning.
My wife fears my promise to start cooking more.
I fear that my WIFE's dream that we take ballroom dancing lessons together will come true.