2008 Kicks Off a Special Year of Milestones and Celebrations Commemorating the Beginnings of the City and Region While Looking Forward to the Future. 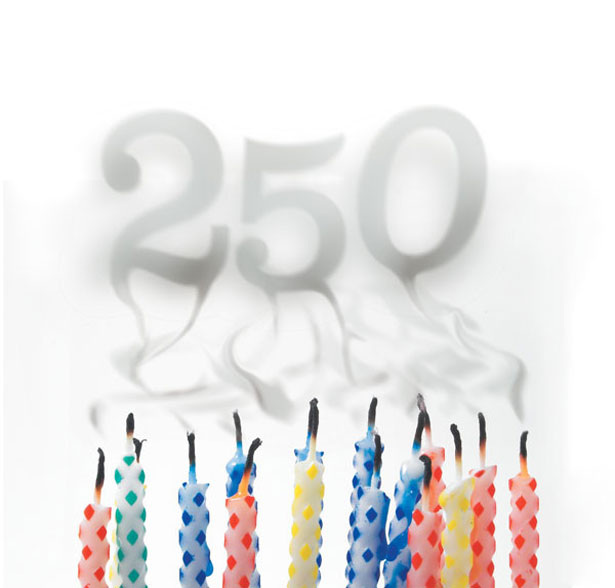 Imagine, if you can, looking down at Pittsburgh from atop Mount Washington today, and envisioning what was there 250 years ago. Besides the three rivers and the many hills covered with virgin forests of mostly leafless trees, the most notable feature at the Point in January 1758 would have been Fort Duquesne.

By December of that year, the fort would be a smoldering ruin, abandoned by the French, and the site would be claimed for the British Empire by Gen. John Forbes following one of the decisive battles of the French and Indian War. Forbes imagined a new destiny for the Forks of the Ohio, and named a new fort and the site for William Pitt, a British statesman.

“Pittsburgh: Imagine What You Can Do Here” is the tagline for Pittsburgh 250, the official celebration of Pittsburgh’s 250th birthday, under the aegis of the Allegheny Conference on Community Development, Visit Pittsburgh and Sen. John Heinz History Center.

Bill Flanagan, Allegheny Conference’s executive vice president for corporate relations and executive director of Pittsburgh 250, describes Pittsburgh 250 as a year-long regional marketing initiative that not only salutes the beginnings of the city but also includes the history of the region and beyond. Moreover, it’s not just about commemorating the past; this effort also encourages an active present and positions Pittsburgh for the future.

Mayor Luke Ravenstahl is the latest of a long list of mayors who have presided over what is Pittsburgh today. There have been 59 mayors of the city, beginning with Ebenezer Denny in 1816.

Here’s what Mayor Ravenstahl had to say about the 250th birthday:

"It is an honor being the mayor of America’s “Most Livable City” as we celebrate its 250th anniversary.

Because of our rich history, traditions and character, we are a city that people like to call ‘home.’ Our roots keep us grounded, while they continue to reach new, innovative territory. The work ethic born in our steelworkers now exists in our burgeoning educational, medical science and technological institutions.

On this 250th anniversary, the people of Pittsburgh should celebrate how they have successfully built yet another bridge—from the past to our future."

This article appears in the January 2008 issue of Pittsburgh Magazine.
Categories: Arts & Entertainment, Things To Do