Named for the Mon Valley town, the ever-cheerful band Donora is fronted by vocalist Casey Hanner and continues to produce catchy songs. 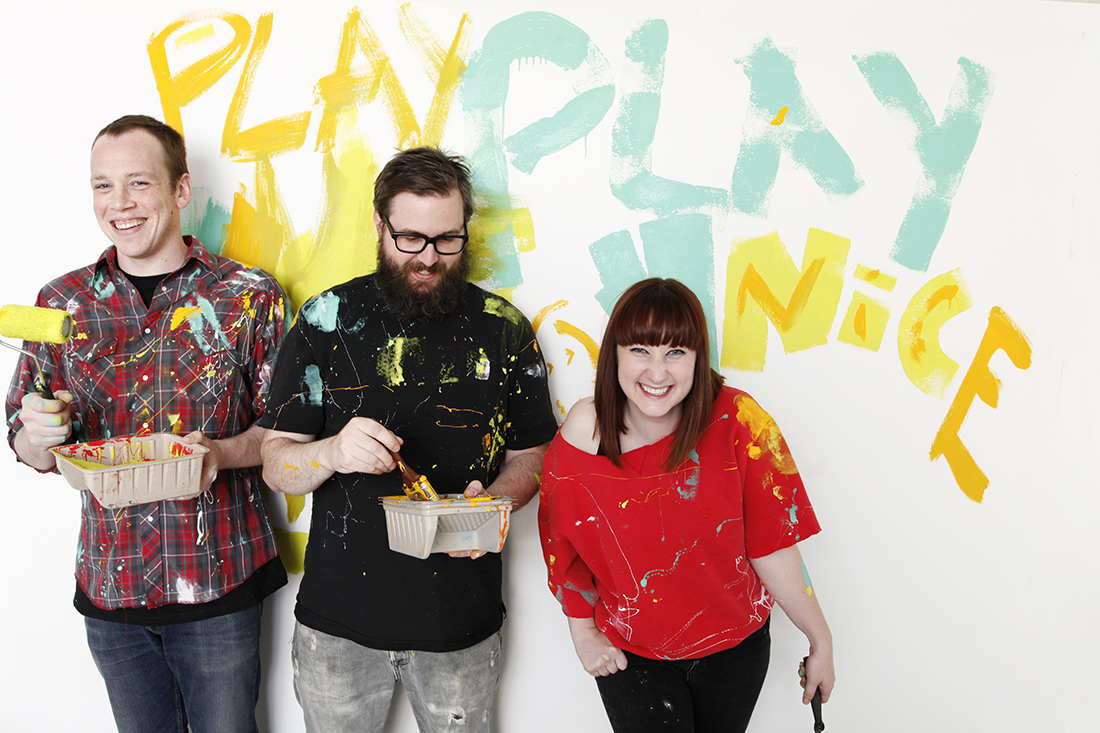 Casey Hanner is the lead singer of locally based pop-rock band Donora, which began to take over airwaves in 2009. Donora is known for its buoyant sound, and songs about nightlife and youthful relationships. The group is rather close-knit: Hanner performs with her brother, Jake, and good friend Jake Churton.

Through Pittsburgh label Rostrum Records, the trio has released two albums — the self-titled Donora and Boyfriends, Girlfriends — and this year’s Play Nice EP. Donora tunes have been played in various MTV programs, including “Cribs” and “Teen Wolf.” Because Casey is routinely identified as “the talker” of the three, we chatted with her about the band, songwriting and Pittsburgh’s music scene.

So, what’s Donora up to?
We released an EP a few months ago. We wrapped up doing the tour and press for that, and we’re back in the studio for the next album. I guess [our recent success] has been fast, but we’ve been a band for five or six years now; it’s been a long time coming for us. We’ve been constantly working and trying to get better, and we’ve felt so lucky to have the support of our hometown. We haven’t ever gone out to the West Coast, so we’re trying to plan a trip [there this] summer. We’re excited to play some new markets. KROQ in L.A. has actually played some of our songs during its independent hour.

Your lyrics often have a cryptic quality. How do you write your songs?
I don’t have a formulaic process at all. Sometimes it works out that I have a lyric idea in mind; sometimes I have to match up a lyric idea with the mood of a track we’re working on. For the most recent EP, my brother and Jake worked together, and made up a bunch of tracks. I came in after the fact with some lyric ideas on top of that. It was more fun to do it that way.

How did you decide to make Donora so upbeat?
It wasn’t a conscious decision. Before we started out, I was doing singer-songwriter solo stuff. Then my dad [country musician Dave Hanner] suggested that [my brother and I] start playing together. We would go to brillobox and play for our friends, and that was the kind of music they wanted to hear. Honestly, it’s a lot of fun to make that kind of music. But it can be a challenge. As a songwriter, you’re not always in the mood to write a happy, fun song. [We] have to edit more whenever we’re writing for Donora. That’s the whole vibe of our band — being happy and having fun, and not being ashamed of being a pop band.

What’s it like being part of the Pittsburgh music scene?
For the most part, I think it’s been really positive. When we started out, there was a whole group of bands — such as Lohio and Meeting of Important People — and it was a really great environment to grow up [in]. We were all figuring out our sound, sharing ideas. It was a really supportive community of people. I think there are definitely people who don’t like pop music, and there has been some criticism. But for the most part, it has been pretty great.

According to lore, you chose the band’s name because you liked the sound of it, not because you are actually from Donora, Pa. What’s your relationship with the town?
People who are from Donora get really excited. Sometimes you feel like a poser or something — “We just saw the name, and we liked it.” We were actually there for a bridge dedication. And we [were going] to play on the bridge. We were like, “We can’t turn this down.” But there was a blizzard, so we ended up playing [in the Webster firehouse across the Monongahela River]. So we still haven’t actually played in Donora.

How is it to be on the road with people who are so close to you?
[Laughs] It’s definitely a challenge sometimes. You don’t want to spend 24 hours a day with [anybody] for days straight. Not everybody’s going to be in a great mood the whole time. But there are a ton of great memories we have from the road. We were couch-surfing [using couchsurfing.com] one time. We were in a city where we didn’t have anyone to stay with, so we stayed with this girl, and she told us [about] “first-degree fun” and “second-degree fun.” First-degree fun is [when] it’s fun while you’re doing it. Second-degree fun is not fun while you’re doing it, but it’s fun when you think about it later.