From top to bottom, Werner Krupp and Ingrid Nagin built their home with the environment in mind.

Werner Krupp wasn’t looking to build a green home when he created the graceful tower on Spring Hill that he shares with his wife, Ingrid Nagin. But the final result, a four-year labor of love, is an energy-efficient house very much in harmony with its surroundings.

“The house is not ‘green’ in the sense that some people put shredded jeans in as insulation instead of fiberglass,” says Krupp. “I did not do that. But it’s a house that is energy-conscious.”

Krupp, a retired graphic designer, didn’t stick to organic products or pursue LEED-certification. But his design decisions, large and small, were made with the environment in mind.

The couple chose their south-facing lot for its ample daylight, and Krupp’s design brings the light indoors. In nearly every room, “you get light from at least three sides,” Nagin says. “Even when it’s gray outside, it fills this house with a kind of soft light.”

Balance is key: Sunlight warms the home year-round, but wide overhangs above many windows keep the midday sun from overheating it in summer. 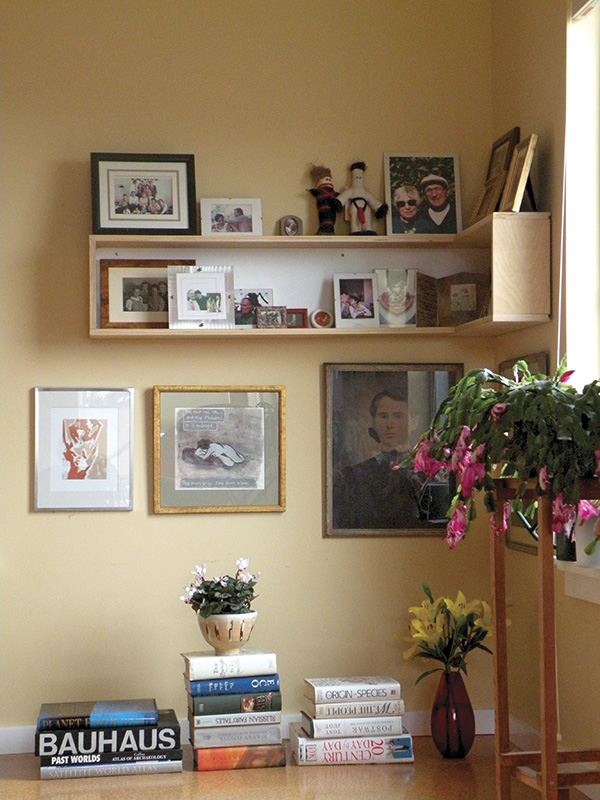 The tower structure maximizes views of the city with the upper floors and roof deck offering 360-degree panoramas. “The lot actually dictated what needed to be on there,” Krupp explains. “That’s why we didn’t build a ranch house. We built a tower that would take advantage of the altitude.”

At ground level, a vegetable garden is home to everything from green beans and tomatoes to exotic roots such as celeriac. Inside and out, the color palette came courtesy of nature—desert reds, sandstone gold and shimmering granite grays were inspired by stones and driftwood the couple collected throughout the years.

The house has cork floors warmed by an energy-efficient radiant heating system, which Nagin says runs silently. Most crucial, Krupp heavily insulated the house from top to bottom, adding extra insulation between wall joists and beneath the roof.

“The house is completely airtight, and it’s insulated way above what the specifications would be,” he says. “Instead of paying $250 a month in gas in the winter, we only pay $120.” Those bills may get lower: Krupp designed the rooftop to accommodate solar panels, which he plans to install eventually.

Krupp refurbishes older structures and builds new ones “as an avocation, rather than a money-making job,” he says. For this project, he worked on his own, consulting with Nagin and getting valuable advice from a friend—architect Dutch McDonald, one of the founders of Pittsburgh’s EDGE Studio.

It’s been rewarding. “I spent those four years putting those pieces together with my own hands,” he says. “When I couldn’t lift something or when two hands weren’t enough, I hired somebody else who could do it. But it’s a self-made house.” 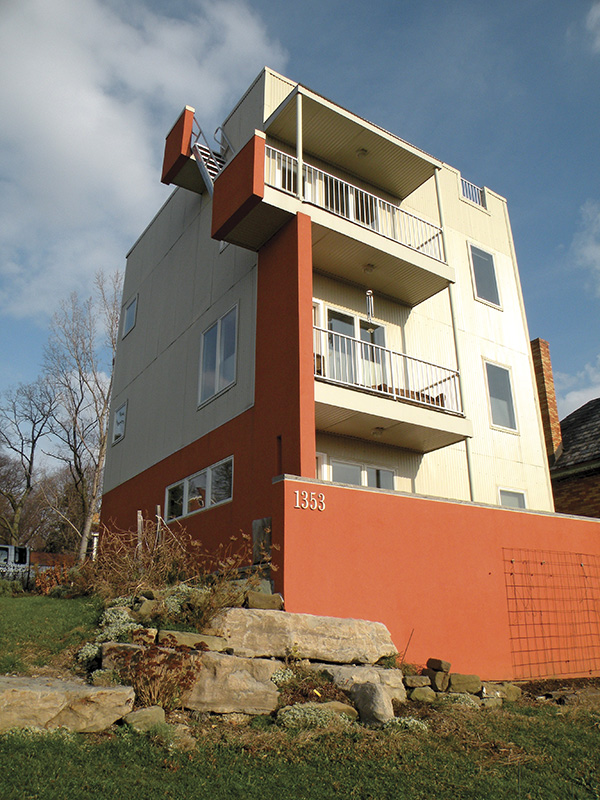 Not surprisingly, the interior decorating was a similarly organic process. The couple mixed some of Nagin’s older furniture, including a ‘50s-era Danish modern sofa, with new pieces she discovered through her working as a graphic designer at the Pittsburgh furniture retailer weisshouse. Those items blend seamlessly with ones Krupp custom built, such as the kitchen cabinets and dining table.

Nagin is quick to praise her husband’s work in building the house. And he describes his wife as an “expert in furnishing.” Together, they treasure this uniquely handmade home.

This article appears in the April 2010 issue of Pittsburgh Magazine.
Categories: HOME + Design