Pittsburgh is a wicked destination for spooky shenanigans. Here’s a sampling of what’s to come. 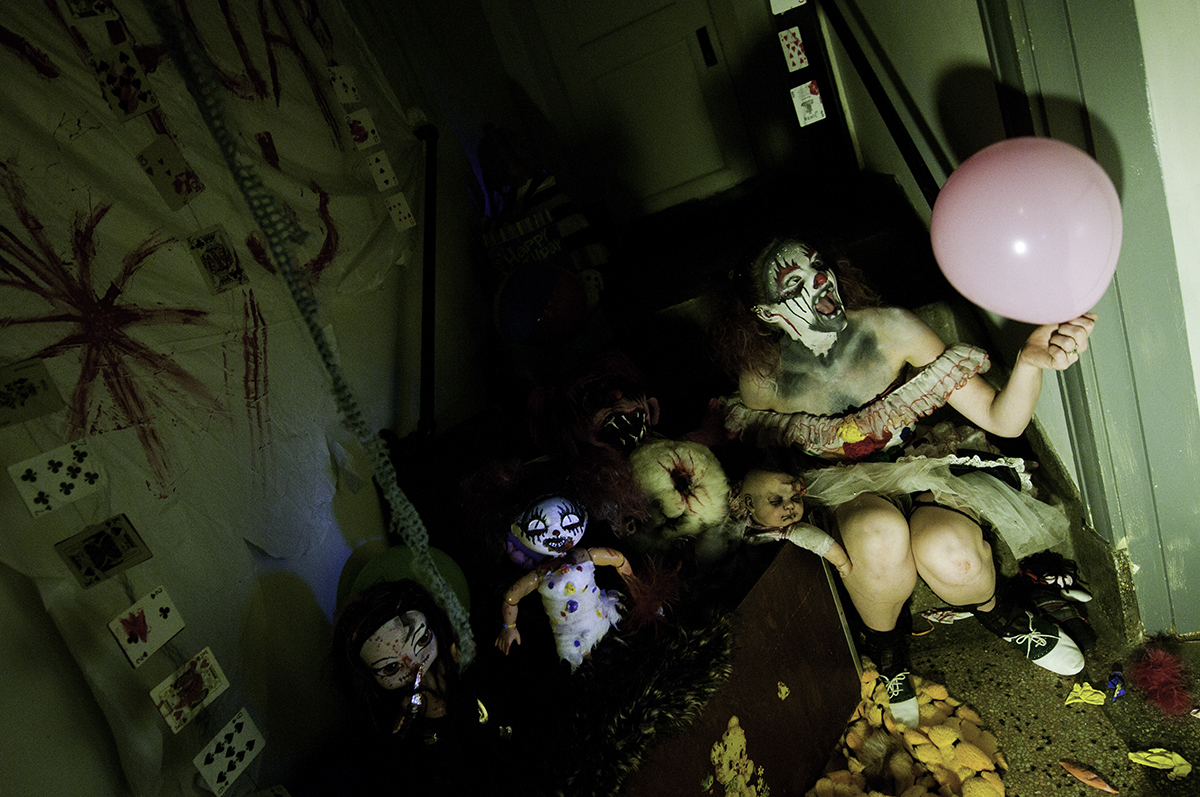 One month out, go ahead and plan every upcoming weekend with Halloween festivities. Forget the ghost-adorned sugar cookies and drop the remote (although I agree it’s OK to watch “Hocus Pocus” for the 57th time). This autumn, we’ve got you covered.

From some of the scariest haunted houses in the country to ghost hunting at historical sites to kicking back for a horror classic, there’s creepy-crawly fun for the whole crew (including some all-ages attractions).

The ScareHouse (through Oct. 30)
Pittsburgh’s favorite haunted house is back with not only its infamous Basement, but also updates to its sprawling main haunt. We’re taken back to Halloween 1932, when the current home of the Scarehouse was still the Etna Elks Club. Modeled on sophisticated parties for the upper class, you are invited to a socialite’s Halloween summoning party, but instantly something is amiss. “The Great One” is waiting for you. Also new this year: “Nocturnia,” an area filled with blacklights and clowns.

Phantom Fright Nights (through Oct. 29)
With 11 different haunted areas and hundreds of creepy characters wandering the park, it’s no surprise that Phantom Fright Nights has grown in popularity over the last 15 years. Experience the Vampire Master’s new throne, the Squishy Tongue of Terror at Noah’s Ark (sounds pretty gross) and updates to Mortem Manor. Plus, you can watch teenagers running around in fear. It’s a win-win.

Hundred Acres Manor (through Oct. 31)
Pittsburgh’s largest walk-through haunt is celebrating its 13th year with two new attractions. “The Breach” asks guests to question the limits of genetic testing; you’re in a research facility headed for outer space and something has gone awry, leading to the release of the mutants you’ll find yourself fleeing. “Hallows’ Eve,” on the other hand, is a tribute to classic monsters and legends.

Ghost Hunt at Carrie Furnaces (October TBA)
Bring a flashlight and prepare to investigate. Paranormal adventurers Ghosts N’at have found evidence of activity in the old blast furnaces that once made up the Homestead Steel Works. They will be guiding the tour, so bring a camera and voice recorder to document what you find. The original date is sold out due to popular demand but a second one is being added, to be announced on Ghost N’at’s website.

Tribute to Silence of the Lambs (Oct. 20)
Prepare for nightmares about lotion in baskets when Soldiers and Sailors Memorial Hall & Museum opens its doors to pay tribute to one of the most chilling horror films of all time, “The Silence of the Lambs.” It’s a 21+ only event, so grab some brews while watching a reenactment of Dr. Hannibal Lecter’s cage scene in the ballroom where it was originally filmed.

Zoo Boo at Pittsburgh Zoo & PPG Aquarium (Oct. 22-23 and 29-30)
With all of the pumpkin beer and R-rated movies, it’s easy to forget that Halloween is for kids, too. Visit Pittsburgh Zoo & PPG Aquarium with small companions on select weekends to trick-or-treat among the animals. There’s a costume contest, parade and spooky crafts, as well. With all the talk of black and orange don’t forget green — the zoo asks that you bring your own trick-or-treat bag to protect the environment.

Owl-o-Ween at the National Aviary (Oct. 22, 29)
Also for kids, the National Aviary will again hold its annual Owl-o-Ween event to celebrate Halloween through exploration of one spooky species — owls. It’s a great chance for children to trick-or-treat and learn about the nature of the creepy, winged beasts. If they’re hesitant to get near something with a beak like that (and rightfully so) there are also crafts and a bug station.

Midnight Movies at the Manor Theater (Oct. 1, 8, 15, 22, 29)
Forget the “Bates Motel” episode you’re currently absorbed with and head to the Manor Theater to see the film that inspired the series — and nearly every horror film that followed — complete with the creepiest Norman Bates ever (sorry, Freddie Highmore). Besides “Psycho,” the Squirrel Hill theater will also show “Green Room,” “Shaun of the Dead,” “It Follows” and “Evil Dead 2.”

The Rocky Horror Picture Show (Oct. 1, 8, 15, 22, 28, 29)
Experience the cult classic the way fans have been for decades — acted out, in front of the screen, by Pittsburgh's official Rocky Horror shadowcast, the Junior Chamber of Commerce Players. The story of Brad and Janet’s drive away from innocence has a few quirky turns, so dress up as your favorite character to scream through the bizarre comedy. Approved prop bags will be sold for $3 at the Hollywood Theater.

Haunted Pittsburgh Ghost Tours (Select Dates Through Nov. 5)
This isn’t a tacky tourist trap or a collection of generic urban legends. This walking tour dives deep into Pittsburgh history to unearth forgotten tales, many starring some of the city’s most prominent citizens — and all featuring a good scare or two. Prepare to learn a few juicy Steel City secrets.