Led by host and creator Jesse Irwin, a group of students at the University of Pittsburgh produce a late-night talk show with a focus on life in Oakland. 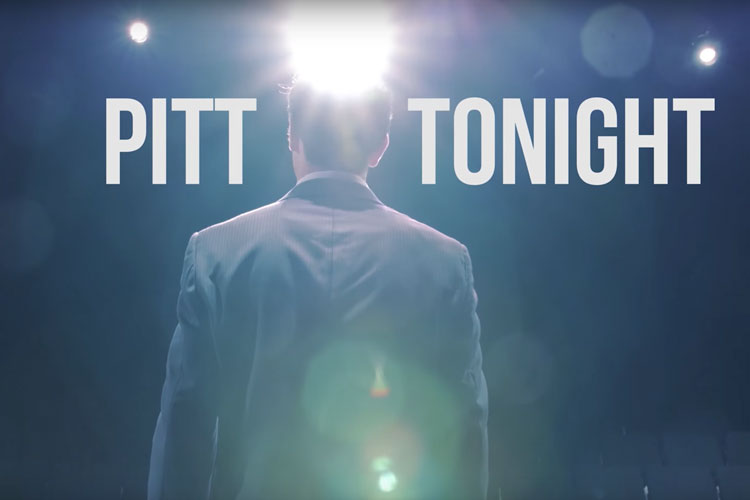 Pittsburgh has a few ties to late-night television. Seth Meyers was raised a fan of the black and gold and Jimmy Fallon isn’t shy about making jokes at the expense of local athletes. Now, the ‘Burgh has a closer connection to the genre than ever before.

University of Pittsburgh student Jesse Irwin hosts his very own late-night talk show titled “Pitt Tonight.” The program — produced with the help of 70 students — has every late-night show must-have: celebrity guests, a house band, comedy bits, a side-kick and, of course, humor.

Irwin, who is majoring in political science and broadcast journalism, leads a crew of students from a range of studies. Together, they’ve recorded five episodes of “Pitt Tonight” since last fall.

With guests ranging from Pittsburgh Mayor Bill Peduto to Pitt women’s basketball coach Susie McConnell-Serio, the show is uniquely able to tap into the interests and lives of Pitt students.

“They love it,” Irwin told KDKA. “Because it’s a social commentary on the life in Oakland and life as a college student and it’s relatable. Our best stuff is the stuff Colbert and Fallon and Kimmel aren’t doing, because it’s our voice.”

On hiatus for the summer as Irwin interns with Conan O’Brien’s show in Los Angeles, “Pitt Tonight” is expected to return in the fall as Irwin completes his final year of school.

You can see the season finale of the first season of “Pitt Tonight” below.