Guess Who Was in the Audience Tuesday at the Benedum?

Ewan McGregor attended the opening-night performance of "Kinky Boots" –– but that's not the only reason he's in Pittsburgh. 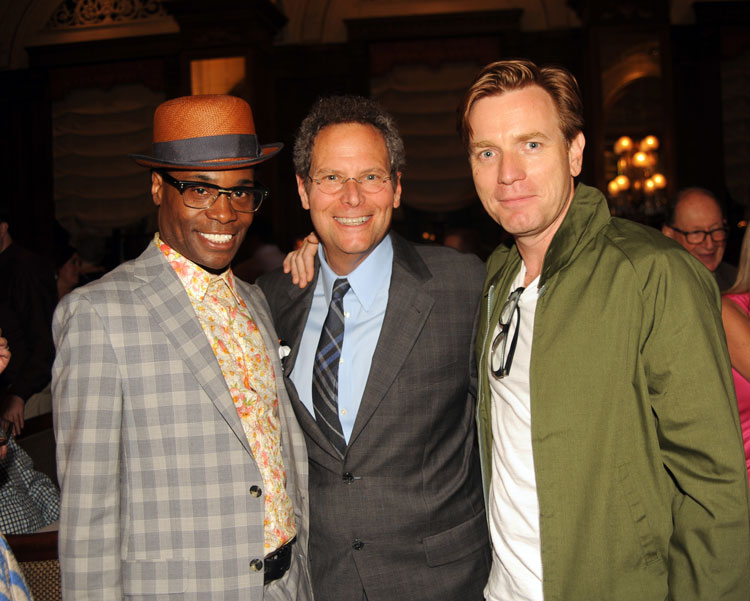 On Tuesday night, acclaimed thespians Billy Porter and Ewan McGregor were in the same room. Porter was reprising the role of Lola, a larger-than-life presence and star of the award-winning "Kinky Boots" production, at the Benedum Center as McGregor watched from the audience.

Porter's homecoming — during the show's Aug. 4-9 run — is momentous. And it isn't pure coincidence that McGregor is in town: He's involved with the film "American Pastoral," which is to be set in the Steel City. The website Acting Auditions recently updated a page calling for actors and extras — and noting that filming should begin here next month. Between that development and McGregor's recent, somewhat mysterious photo (below) about scouting settings for the flick, we're starting to wonder if we should remain on #McGregorWatch. 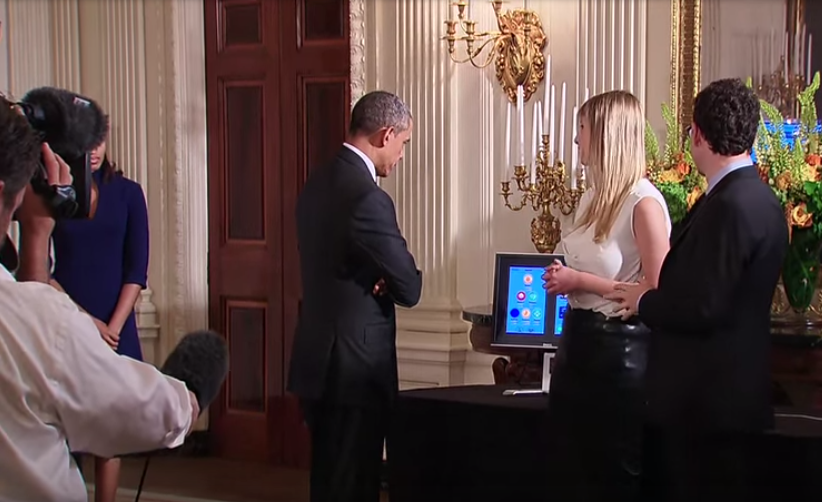 President Obama gets a demonstration of Duolingo. Photo provided by The White House.

Two Pittsburgh-based companies were on the receiving end of some presidential props Tuesday at the first-ever White House "Demo Day."

President Barack Obama cited Astrobotic Technology, which hopes to send a lunar module to the moon within two years, and Duolingo, which is helping people to learn to speak a foreign language, as examples of strong, innovative startups. Thirty-two companies were highlighted at the event.

“This is a great idea. I’m going to tap into this,” Obama said after a quick Duolingo demonstration, which was streamed live on the Internet. “My high-school Spanish was just painful. I want to spruce up on my Spanish … but right now, I’m not allowed to use a smartphone, but that's a whole another story.”

Carnegie Mellon University professor Luis von Ahn is co-founder of the award-winning, free language education app. Duolingo users forge their way through a skill chart to master a lesson. It works, too — the company’s studies show that devoting 34 hours to the app produces the same results as spending a semester at a university.

Astrobotic's prototype of a moon rover was too big to fit through the White House doors and remained in the foyer. Founder John Thornton's goal is to carry up to 600 pounds of research equipment and cargo for smaller, governments agencies that don't have the means to get to the moon on their own.

“They are shooting for the moon — literally — with plans to land a rover on the lunar surface … which is pretty impressive,” the President said. “I wouldn’t mind seeing how that turns out.”

#Makeover: Penn State's Nittany Lion is getting a facelift

Penn State University is undergoing a bit of an identity makeover. The university announced on its website that it is refreshing its academic visual identity, often referred to as the university mark, for the first time since the late-1980s.

The university explained that the original mark was developed in the pre-digital era and "poor reproduction in Web, social media and video environments has diminished its use and led to a proliferation of inconsistent designs to represent the Penn State academy."

The updated mark focuses on the head and face of the Nittany Lion Shrine.

"A slight curve at the top of the shield makes it more distinctive. Additionally, the lion is now positioned to look forward and connect with the Penn State name," the university says.