Growing Up: mossArchitects Moving to Garfield

Principal Andrew Moss says his architecture firm will move to the heart of the Penn Avenue Arts District after outgrowing its current space in Lawrenceville. 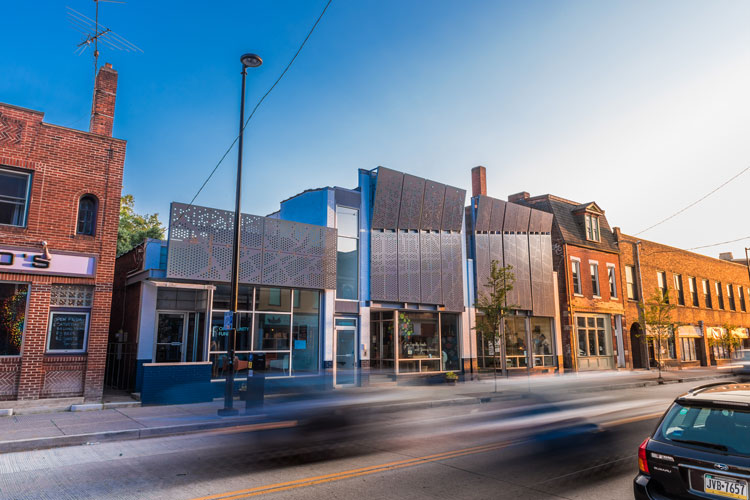 mossArchitects has a pattern of setting up offices in up-and-coming areas. In 2004, the architecture firm opened a location in East Liberty before that area was considered hip. Five years ago, the office moved to Lawrenceville, which had yet to hit its zenith as a restaurant and entertainment destination.

Now, as the architecture firm has nearly doubled in size — going from seven to 14 employees since 2013 — Principal Andrew Moss is moving his office to another buzzworthy neighborhood — Garfield.

“It’s smack dab in the middle of the arts district, which we are excited to be a part of,” Moss says.

Moss says space constraints at the office’s current location on 42nd Street forced him to look for new accomodations. After scouting out spaces across Pittsburgh’s East End, he settled on the building located in the 5100 block of Penn Avenue.

“It’s about 50 percent bigger than what we have now, and it will be laid out in a way that will allow us to work more efficiently and collaboratively,” he says of the new office, which will include a courtyard, plus a shared conference room and tenant area. “It will be set up with more space where we can brainstorm and be messy.” 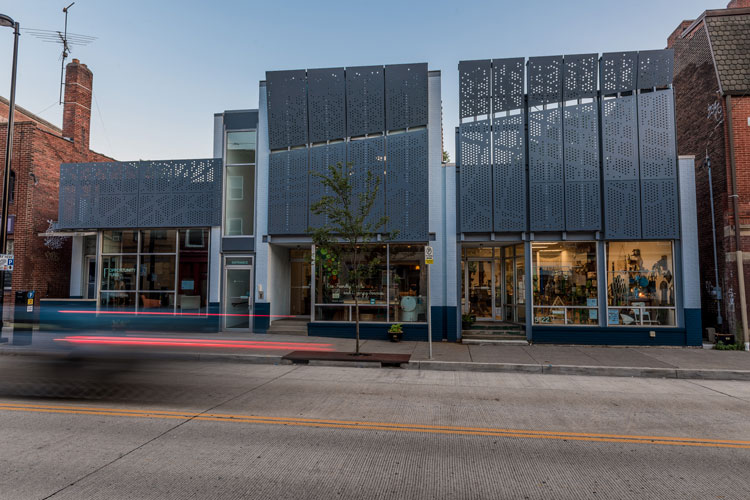 The eclectic building is a familiar one to mossArchitects employees. Last year, the firm completed renovations to the facade of the building, which also houses software company NetBeez and Senseless, an urban clothing shop.

The century-old building actually is three buildings that were merged into one space sometime in the 1980s, Moss says. To make the space more cohesive, mossArchitects added perforated steel panels to the facade that, on a sunny day, show a reflection of the neighborhood. The perforations mimic a map of Garfield’s streets.

mossArchitects also did the design work for the striking Penn Mathilda Apartments located nearby on Penn Avenue in Bloomfield. The affordable housing development through ACTION-Housing gives housing preference to veterans and includes 6,000 square feet of commercial space.

Moss says he plans to move his employees to the new location in April, once construction on the space is complete. In a first for Moss, the new office also includes a 20-foot-wide storefront, which the company will use as a gallery to display its work or the work of other artists.

Moss adds the firm also will participate in Unblurred: First Fridays on Penn, a monthly art and entertainment crawl organized by the Penn Avenue Arts Initiative and sponsored by The Bloomfield-Garfield Corporation.