Friends, family and city institutions lent character to the neighborhood and its residents. 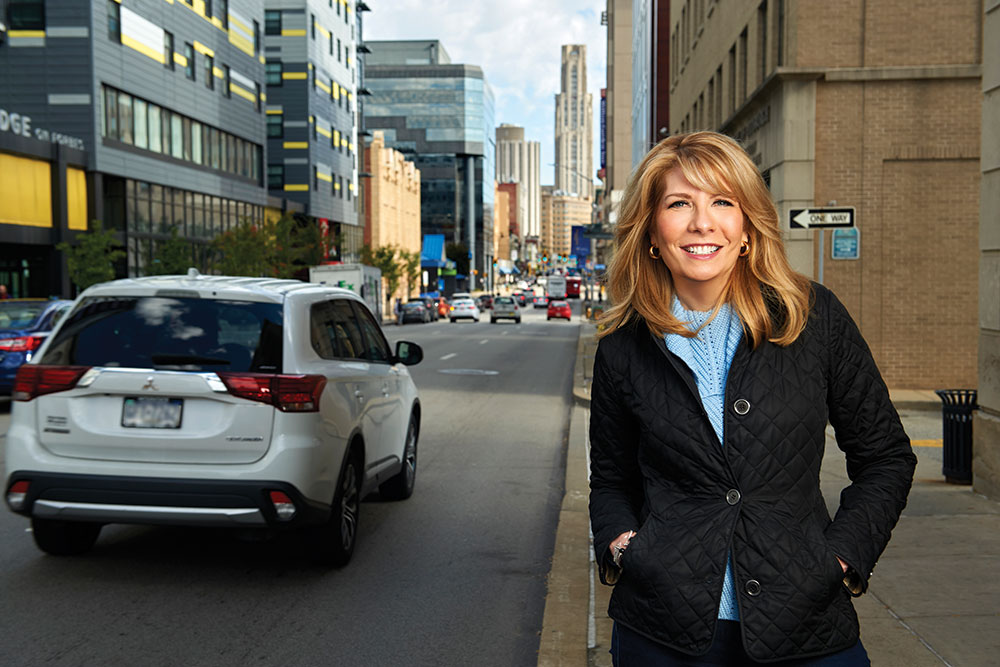 In my adult life, I’ve met lots of people who have said, “I never met anyone who grew up in Oakland.” It’s South Oakland, to be exact. And I wouldn’t trade it for anything. I think most of the people I grew up with would agree.

I would never call myself cool. But I realize, especially now as an adult, just how cool it was to grow up in my neighborhood. In the shadows of the hospitals and universities, we lived on tree-lined (and utility pole-lined) streets where family and friends were everything. We weren’t rich, but we didn’t know it. As a child, I didn’t realize how many parents were working two and three blue-collar jobs to give their children opportunities in the white-collar world.

In the meantime, I just assumed every community was like ours with beautiful bridges, Carnegie museums, a “flower show” (that’s what everyone from South Oakland still calls Phipps Conservatory) and a massive Carnegie Library with marble steps worn in the middle. Imagine my surprise when I was about 8 years old and found out that wasn’t the case. I remember questioning my mom in disbelief, “You mean people come from other places to visit our buildings?”

My generation grew up listening to the stories of older family members and friends who witnessed firsthand so many astonishing things. Things like the construction of the Cathedral of Learning (every stone was numbered and then put together), the official announcement of the polio vaccine (folks would recount friendly encounters with Jonas Salk on the streets of Oakland), and countless moments at Forbes Field. Even better than the stories of historic moments like Maz’s homerun are the behind-the-scenes tales worthy of a novel of their own.

Proudly, South Oakland is the childhood home of the late wrestling great, Bruno Sammartino (related to just about everyone in South Oakland) and NFL Hall of Famer, Dan Marino (still called Danny). But we had other greats too.

I didn’t start to learn about pop art until I was a freshman in high school. I remember one Friday evening during lent; my family was having grilled cheese and tomato soup for dinner. I thought I’d impress my dad with my knowledge of a world-renowned artist celebrated for his paintings of Campbell’s Soup cans. “Have you ever heard of Andy Warhol?” I asked. “His real name’s Andy Warhola,” my dad chuckled. “And he grew up, up the street and around the corner.” I was surprised again.

That, in a nutshell, is what it meant to grow up in South Oakland. To this day, we’re uniquely connected to so many things that make Pittsburgh, Pittsburgh. When the mills collapsed, it was Oakland’s hospitals and universities that fueled its new economy. I’m proud of that.

Perhaps what I love most about growing up in South Oakland, is that it embodied all those things I love about Pittsburgh — humbleness, heart, character, and of course, great characters. I am grateful. And I’m excited to share the next great story to come out of the neighborhood.

Tonia Caruso is an Emmy award-winning reporter, writer and producer who has spent her career in journalism telling the stories of Pittsburgh, most notably for WQED. Caruso recently joined UPMC to highlight its innovations and advancements in health care.