Living in a suburb where everything was within walking distance helped create a love of all our neighborhoods. 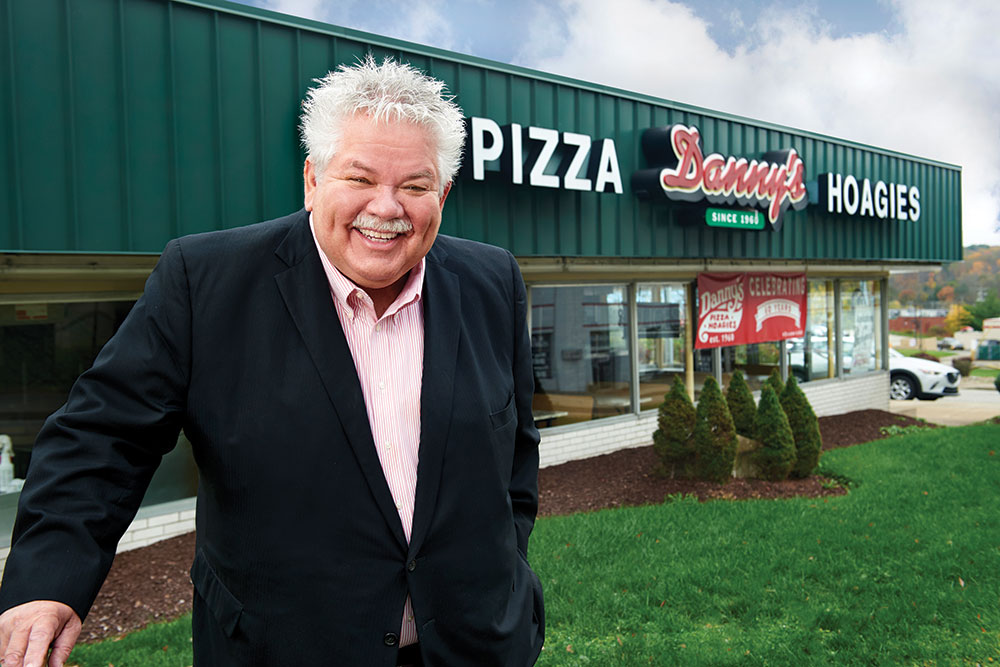 Although I was born inside the Pittsburgh city limits at the old South Side Hospital in June 1953, my parents had already been living in a comfortable little yellow brick house on Sylvania Drive in Bethel Borough for four years. When my parents moved there, my mother’s mother allegedly asked, “If you get pregnant, how will the doctor ever find you?” Bethel was still in the boonies to some city-dwellers like my grandmother, but it was actually a well-established community with a long history of farming and coal-mining, and it was enjoying the post-war boom of families like ours relocating to the “’burbs.”

I soon found out that I had an older brother called Skip who had preceded me by 18 months. He taught me basics from walking and talking to making the most of Christmas in our neighborhood.

In September 1957, my sister Nisey arrived, and we needed a bigger house. My parents often claimed they drove by the red-brick, split-level house at 5195 Priscilla Dr., still in Bethel, on their way home from St. Clair Hospital with the new baby. We moved there in early 1958. Our street was a dead end, with lots of kids who essentially owned the road, riding bikes, skateboarding, and, most impressively, sled-riding from the snowy top of the hill until the cinder truck arrived.

My new best friend, Dave Carlson, lived across the street, and we did everything together. We explored the surrounding woods where deer and pheasants roamed, and we learned how to cut across my back yard, down to Lytle Road and the big Isaly’s Country Garden dairy store at Route 88. We walked there whenever our mothers needed milk or bread, hoping we might have enough change for ice cream too.

In 1959, I started first grade at nearby St Valentine’s School, taught mostly by the mighty Sisters of Saint Francis — then still in traditional black habits with starched white bibs.

My younger brother P.K. showed up in March 1963, and I tried to teach him some of the joys of our part of the world. We could easily hike to the Bethel Park Public Library by ducking through the fence behind Slater’s Supply, a classic old hardware store that was torn down around the year 2000 for a park-and-ride lot. The nearby streetcar stop gave us easy access to Downtown and beyond.

When I got to seventh grade, I shifted one block from the Catholic school to what was called Bethel Park Junior High on Park Avenue. It seemed sophisticated and worldly. The cafeteria was famous for its beautiful, soft rolls. Boys had to get jockstraps for gym class. We started reading real adult novels.

The high school in Bethel Park from 1959 to 2012 was the only campus-style high school in Pennsylvania, where you walked outside between buildings for different classes in all sorts of weather. Graduating in 1971, I have great memories of good teachers as well as icy walkways.

When I learned to drive, nearby delicious possibilities expanded. There were hoagies at Danny’s on 88, pizza at Freddy’s. We had Ertman’s Bakery and Bethel Bakery, an Eat N’ Park, and one of the first McDonald’s in western Pennsylvania, as well as South Park.

I have few complaints about Bethel Park. In recent years I’ve learned more of its history but still love how familiar it feels.

Rick Sebak makes documentaries for WQED and public television stations across the country. He is a frequent contributor to Pittsburgh Magazine.