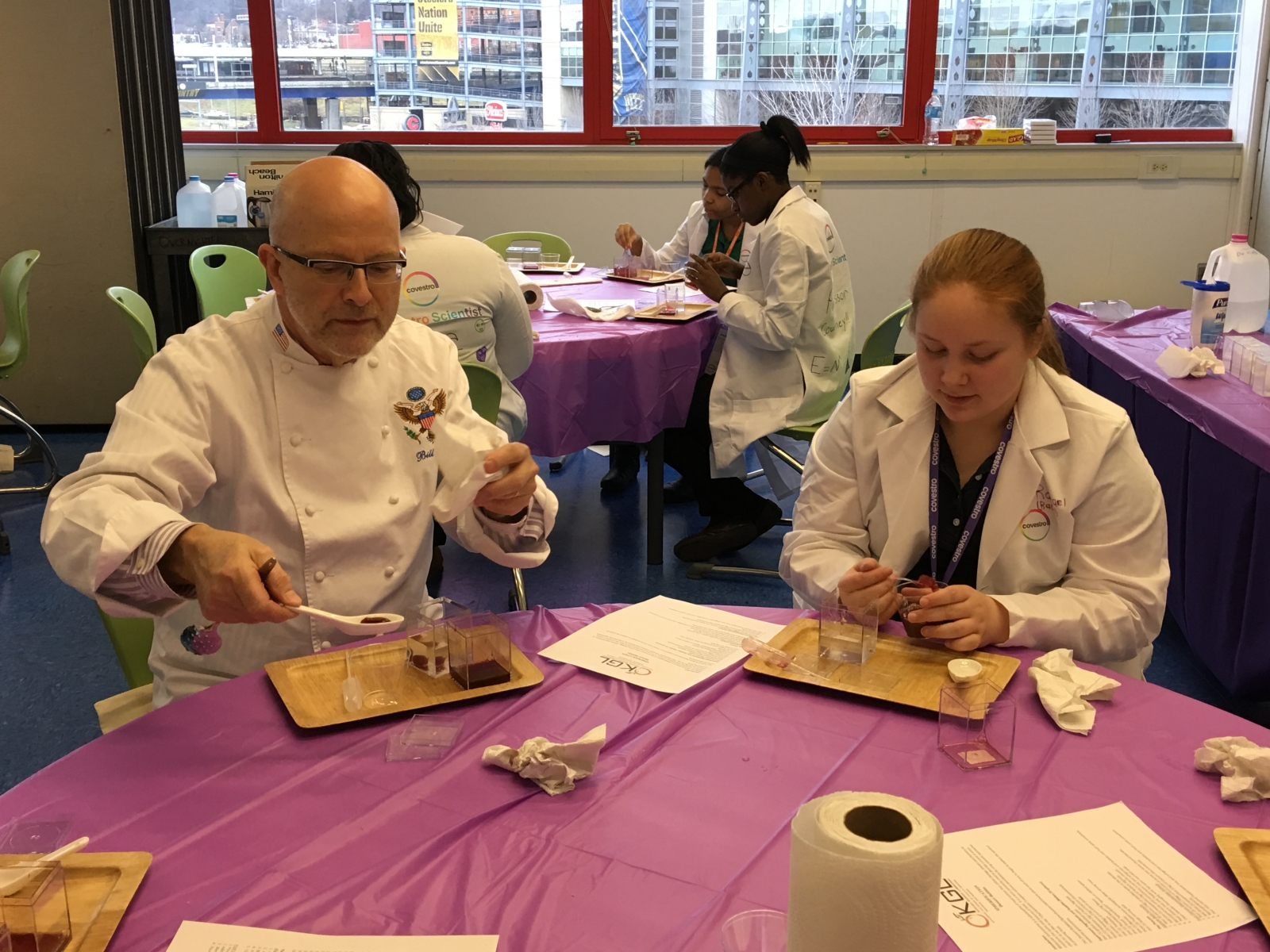 Often, Rancourt chooses workshops for each greenlight for girls event to correspond with the job opportunities and industries in the area. In this case, that meant Covestro, which has an office in the Pittsburgh area. “Having this event with such strong participation from Covestro lent itself to have workshops related to polymers and a number of things to show what Covestro actually does,” Rancourt said. 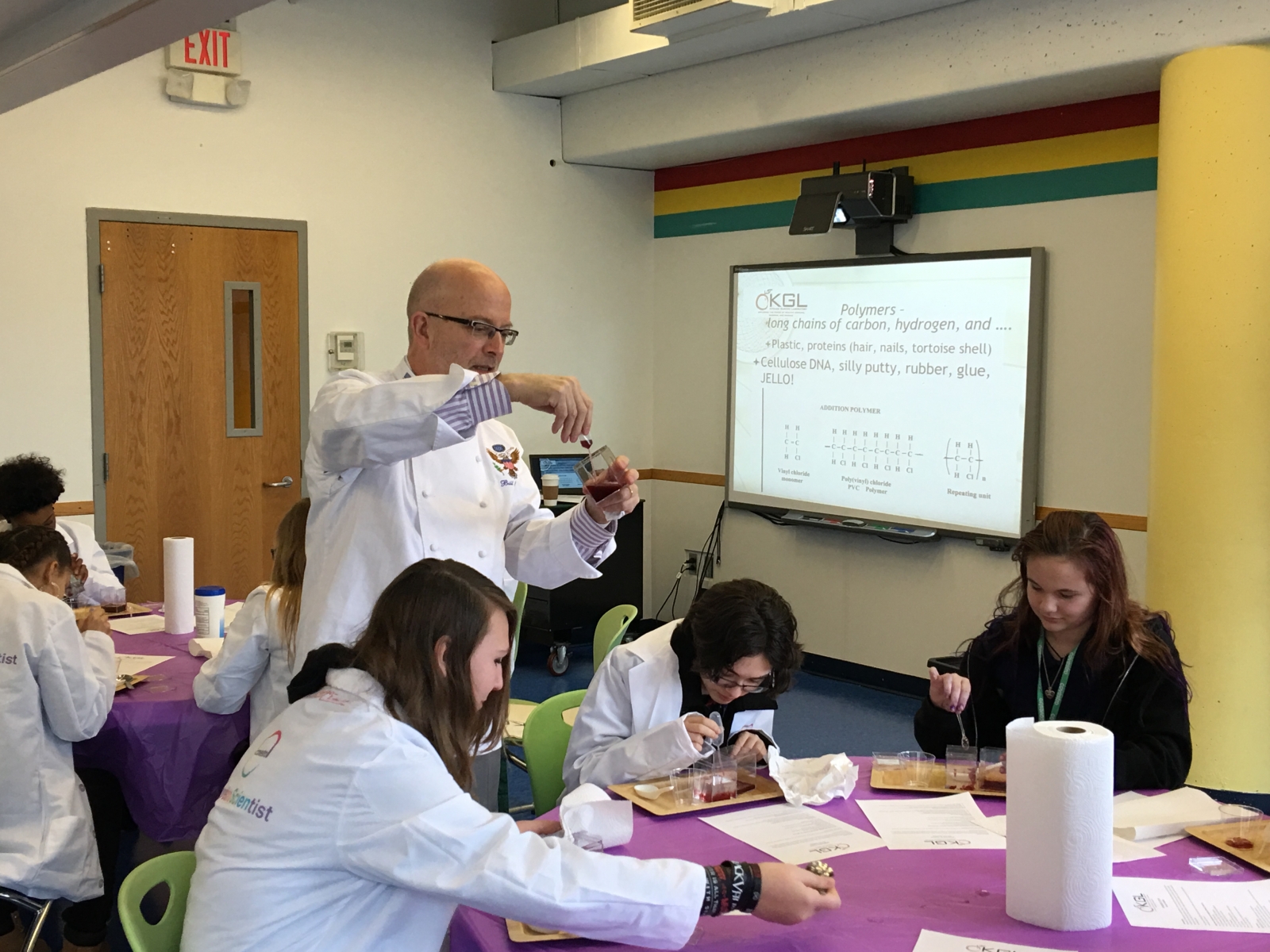 ​Rancourt herself led a workshop that taught girls the building blocks of computer programming with the help of props and characters from Star Wars: The Force Awakens. “When we do stuff like that, it’s breaking down the technical in a different way so that you’re not overwhelmed,” Rancourt said.

The young women at the event also learned about molecular gastronomy with the help of Bill Yosses, keynote speaker at the event, former White House Executive Pastry Chef and founder of the Kitchen Garden Laboratory, an organization that uses lessons in gardening and cooking to teach kids science and healthy eating. “What we believe is that with cooking, gardening and science we have a three-pronged effect at improving education and health outcomes,” Yosses said. “We don’t lecture, we don’t cajole, we don’t proselytize. I would rather kids understand how carrots grow, what a root is, what photosynthesis is, rather than me just telling them to eat a carrot.”

Yosses led an experiment in food science, showing the girls how to make spheres of pomegranate juice using sodium alginate, a seaweed extract that binds and gels the liquid fruit juice. Yosses used the chemical reaction to teach the girls about polymers, which form the membrane around the pomegranate juice to make a “dessert sphere.”

This was Yosses’ first time working with greenlight for girls. “I love their message; I love the idea of getting young women involved in science,” Yosses said. “It’s very important that we empower young people to be who they are, be who they can be.”