Hazelwood is poised for resurgence — but can longtime residents grow with it? 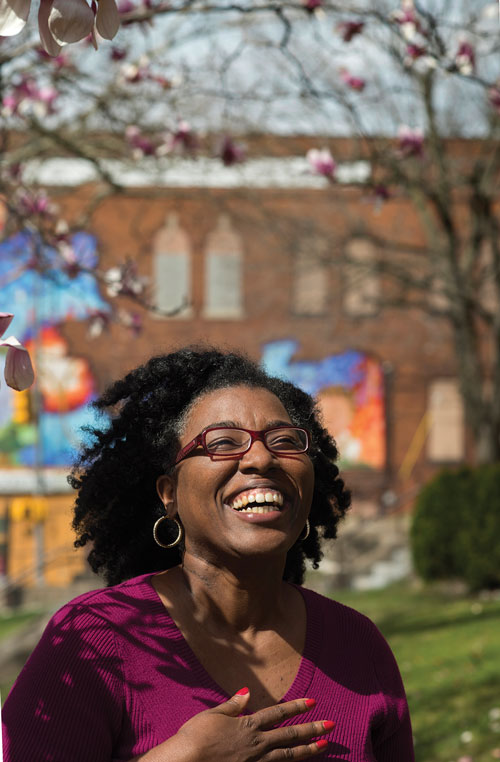 In February, Dianne Shenk opened the doors to Dylamato’s Market on Second Avenue in Hazelwood. Overflowing with fresh fruit, vegetables and local, grass-fed meat, the market serves two purposes: to solve Hazelwood’s food desert problem — the last neighborhood grocery store closed years ago — and to give local entrepreneurs a chance to sell their wares.

Up front, a display case is packed with cookies and brownies from Mee Mee’s ‘Tis so Sweet. Toward the back, caterer Elite Treats has stocked the cooler with ready-to-eat meals such as lasagna rollups and greens with smoked turkey. On a side table, there are worm castings from Full Circle Soil. “I can’t compete with economy of scale [of grocery chains],” Shenk says. “So I’m selling fresh vegetables, meats and food made by entrepreneurs in the community.”

​Shenk, a graduate of Chatham University’s food-studies program, opened her store — it started as an outdoor stand in 2014 — because she sees Hazelwood as an underserved, unappreciated market. She’s not alone. In late 2015, a group of Hazelwood nonprofit organizations won an auction for the shuttered Gladstone School with a proposal to convert it into affordable housing and space for nonprofits and companies; in January, French bakery La Gourmandine announced plans to open a storefront and production space in the neighborhood. “A lot of good stuff is happening here. It’s exciting,” says Sonya Tilghman, executive director of the Hazelwood Initiative, a community development corporation.

She pauses. “And most people know about the brownfield.”

The brownfield is the Almono site, the 178-acre former home of the LTV Steel Corp. plant — once the sun around which Hazelwood orbited — until it closed and the community withered. Today, a consortium of foundations led by the Regional Industrial Development Corp. aims to turn the site into a massive mixed-use development to provide housing and office space convenient to Downtown and Oakland. The February announcement of Uber’s plans to open a test track for self-driving cars at Almono underscored the promise of the huge riverfront space.

With promise comes peril. Hazelwood is beset by poverty, vacant homes, empty lots and unemployment, and residents only have to look up or down the Mon to see brownfield conversions that didn’t integrate into adjacent neighborhoods. The Pittsburgh Technology Center, for example, operates as a dull office park island, while the Waterfront feels like a suburban shopping mall plopped across the railroad tracks from struggling Homestead. “The challenge with the brownfield is if the connections are not done well,” Tilghman says, “it could be something that separates and divides, rather than brings us together.”

​RIDC, to its credit, has been a consistent presence at community meetings and has promised to provide affordable housing and potential jobs in the neighborhood; it also has committed to connect streets from Hazelwood into Almono — an essential step to create a larger community fabric.

​Almono, though, won’t bear fruit for the neighborhood for years, if not decades. Until then, local entrepreneurs like Shenk and community advocates like Tilghman will create their own opportunities. “We’re hoping to build the equity of people who live here,” Tilghman says. “While making it welcoming for new people and new businesses, we have to be sure to take care of the people who are already here.”

This article appears in the May 2016 issue of Pittsburgh Magazine.
Categories: Community Feature